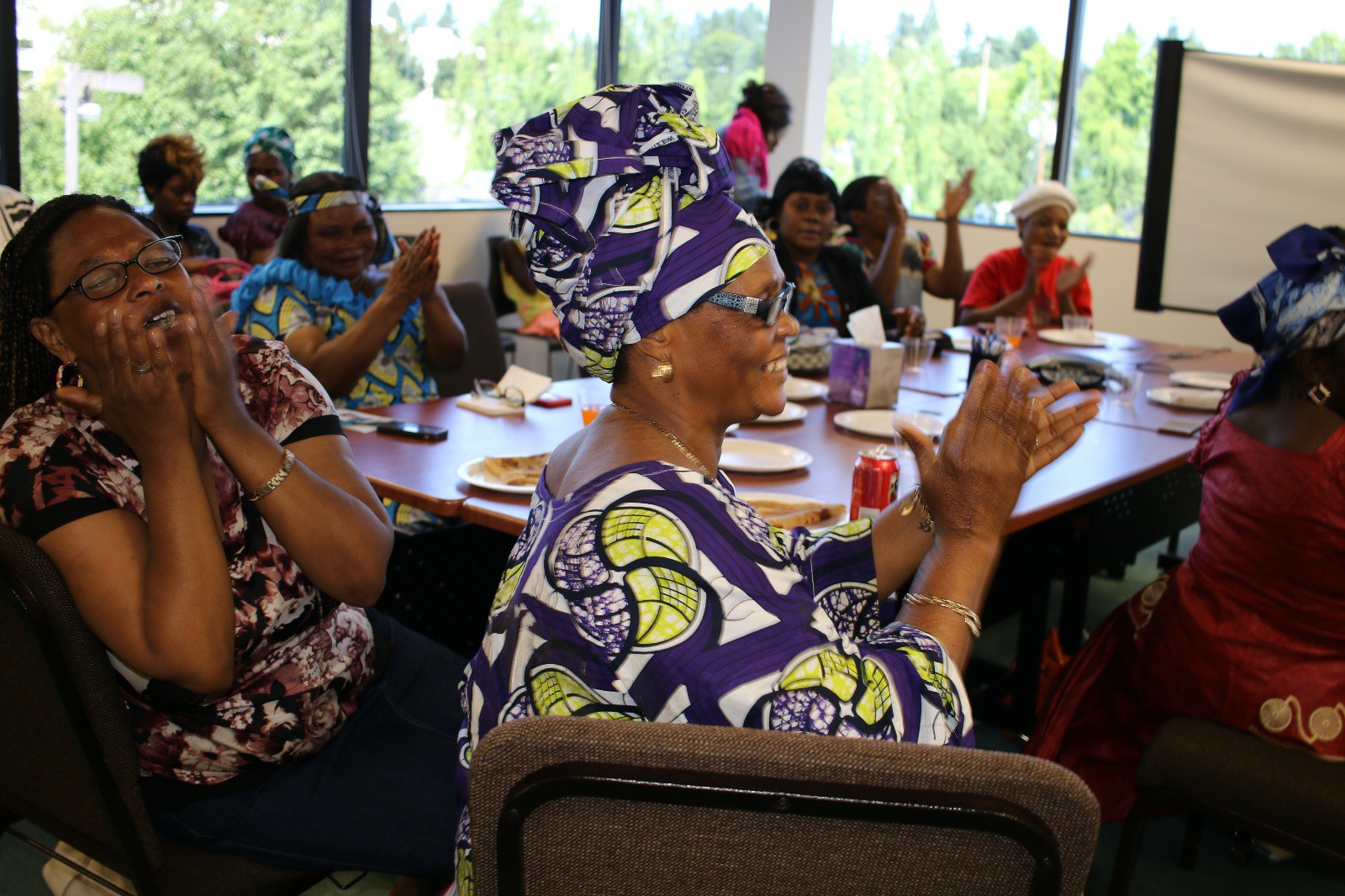 The Congolese Integration Network helps Congolese immigrants find community as they settle in the Seattle area.

“I want to help, I know it’s challenging when you’re a new immigrant that comes to America, it’s really challenging to integrate into the American society,” said Managing Director Franciose Milinganyo, as she opened up about her commitment to passionately serving Congolese immigrants and refugees at the Congolese Integration Network (CIN).

The nonprofit organization located in Seatac, WA, serves hundreds of Congolese refugees and immigrants each year. Although the organization is made up of eight brilliant minds, each with their respective areas of focus, they’ve all come together to create a hub that is extremely dedicated to supporting and facilitating the transition of new immigrants in the Seattle area.

“To me, integration was understood by paving a way to a successful transition. That’s how I started working and engaging with other community members, talking to different stakeholders and elected officials,” said Executive Director Floribert Mubalama.

Their commitment to facilitating Congolese immigrants transition, has led them to partnerships with the Seattle School District, United Way of King County, U.S Census Bureau and others, in hopes to address and find solutions for refugees and immigrants that are dealing with trauma.

Trauma from the silent genocide that has been happening in the Democratic Republic of Congo since 1996. Trauma from war, rape, rebel attacks, diseases and the lack of peace in the Congo.

The first Congo war left 5.4 million people dead. People are still dying because of corruption, lack of infrastructure and political greed. Without a stable government, it’s been hard for Congolese police officers to get paid and this leaves them preferring money over justice and jeopardizes the safety of everyday civilians.

That’s the trauma from which CIN refugees and immigrants have to recover from.

And that’s the very thing that drives the staff at CIN to fight for resources needed to develop and supplement community driven programs aimed  to help Congolese recover from their hardships in Seattle.

For Youth Program Manager, Providence Kamana, that involved a trip to Ellensberg, WA, for the U.S. Census Summit that took place on the weekend of November 15. Kamana found this to be a critical step because it’s important that the right number of Congolese immigrants and refugees be reflected in the Seattle area.

Without an accurate representation of the exact number, resources and funding for certain programs would be limited by the federal government.

“ We went to represent our community and make sure that we’re part of the decision making,” said Kamana.

For him, it’s been extremely important to create programs to support the youth and young adults in the Congolese community. From a soccer program that allows the youth to be physically and mentally healthy, to providing them with advocacy assistance in school and even crafting a personal mentoring program, he intends to help them cultivate a successful future for themselves here in America.

“We play that role of providing them with resources and trauma informed care. So we provide that as well, help our kids heal from traumatic experiences so that they can learn better and improve and build self reliance,” says Kamana.

This has been successful for Kamana because he was born in the midst of the Congo genocide and faced hardship in the Congo and in his transition to the United States three years ago.

He’s a credible messenger because of his experience, experience that allows him to cultivate deep and meaningful connections with the youth because he’s been in their position. He too struggled learning English, he struggled with his own trauma and he knows the significance of having a mentor as a young person.

His heart has pushed him to sacrifice his time for Congolese youth, to open up his doors for them whenever they’re in need, to be an avid advocate and role model for them as well.

Kamana noticed the lack of mentors for young people in the Congolese community and decided to step up. He understood the struggle that a lot of the youth that live in single parent homes face, the hardships they have with learning the language and dealing with trauma.“I felt like that was needed and I was willing to step up and be that guy. So here I am, you have my number 24/7, call anytime,” said Kamana.

When the youth walk into Kamana’s office or call his phone, he does his best to listen but stresses the importance of listening with a heart to understand. He understands by putting himself in their shoes and not minimizing their hardship. It’s in those moments that Kamana gathers the needs of the youth and works on solutions to facilitate their transition.

In doing so, he fights to stop Congolese immigrants and refugees from falling into the school-to-prison pipeline and the juvenile-justice system.

The care and compassion Kamana has developed has allowed him to be fully immersed in the lives of the youth and pushes him to advocate for programs that will keep them engaged and help them transition into life in America. He’s developed a sports and outdoors program that allows the youth to spend time together and learn about the environment around them. As a result of that, they’ve created a soccer team that meets for practice and games every Saturday, and there you see vibrate smiles on the faces of the youth as they play a sport they love and meet new friends who share similar interests.

They’ve also developed an African Pride program that helps develop a sense of belonging, identity and continues to teach them about their heritage.

Kamana’s love for the youth and their growth keeps him motivated to fight for them, in hopes that they too will fight and mentor those that come after them.