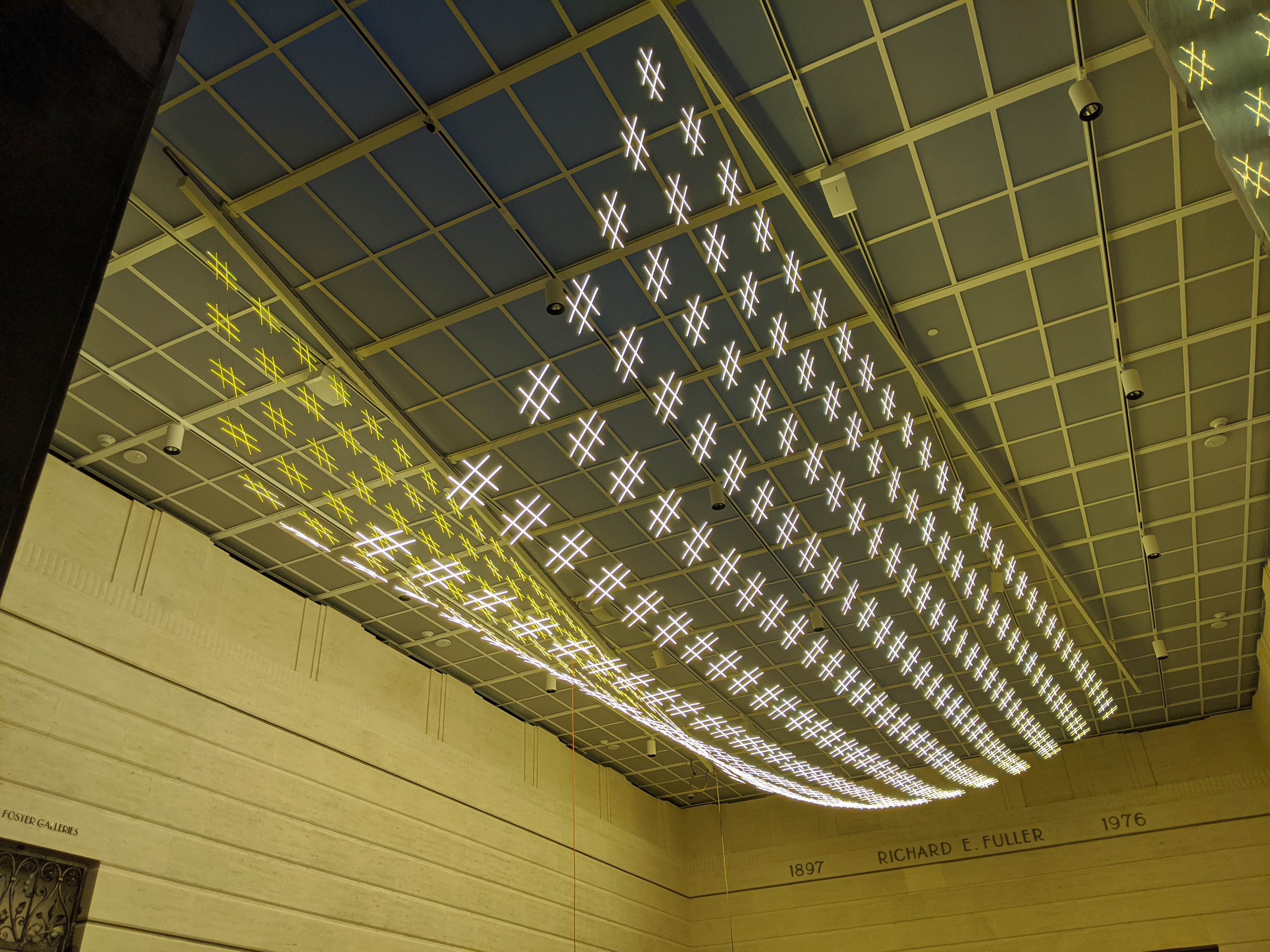 Entering the newly renovated Seattle Asian Art Museum last week, I and thousands of Seattleites experienced déjà vu, but with many new twists to season the encounter. Along with reimagined exhibitions of Asian art, arranged by topic, rather than nationality or medium, the ceiling of the Garden Court features an LED light sculpture created by my son, Kenzan Tsutakawa-Chinn, who grew up in Southeast Seattle and now lives in New York.

As children, my three brothers (Gerard, Deems and Marcus) and I ran about the stately Seattle Asian Art Museum, built in 1933, and the surrounding Volunteer Park. We rode the stone camels in front, oblivious of their Ming Dynasty provenance. For my parents, both born in the United States and educated in Japan, the Museum became a focus for meaningful community pursuits. And, in time, I took Kenzan and his sister, Yayoi, my own two children there to experience ancient and contemporary art from their twin Japanese and Chinese heritages.

Delving into our family’s history, my father, the late artist George Tsutakawa, was born on Federal Avenue in 1910, just a few blocks from Volunteer Park, established in 1901 as part of a grand plan designed by the Olmsted Brothers. My father spent 10 years of youth with his extended family in Japan, returning to Seattle to study art at Broadway High School – now Seattle Central College – and the University of Washington.

My mother, the late Ayame Tsutakawa, born in Los Angeles and also raised in Japan, came from Sacramento after World War II to marry my father in 1947. Both of my parents studied Japanese traditional arts, practiced calligraphy and sumi painting and my mother also was expert in Japanese traditional dance and flower arrangement.

They came to develop close relations with East Asian artists and activities centered at the Seattle Asian Art Museum. Both of them were founders and active members of the Asian Art Council, which sponsored exhibitions and visiting artists in the 1970s and ‘80s. They became good friends with the noted artist Isamu Noguchi, whose “Black Sun” sculpture was placed in front of the Museum in 1969.

When the Asian Art Museum curator Xiaojin Wu approached Kenzan about creating a ceiling sculpture for the renovated Garden Court, he said he felt the family’s extended kinship with the Museum. He says about his installation:

“Born out of a combination of cultural inspiration, metaphysical energy of art, and compositional geometry, the installation takes the shape of a blanket with a cross pattern found in both ikat and sashiko (stitch) process. It slowly slants down in the front, creating an elegant curve; Noguchi’s “Black Sun” serves as a symbolic focal point.”

Now, three generations of our family has found a home in the reimagined Seattle Asian Art Museum.

Mayumi Tsutakawa is an arts writer who grew up in, and lives in, the Mount Baker neighborhood. She formerly managed the grants program for the Washington State Arts Commission.