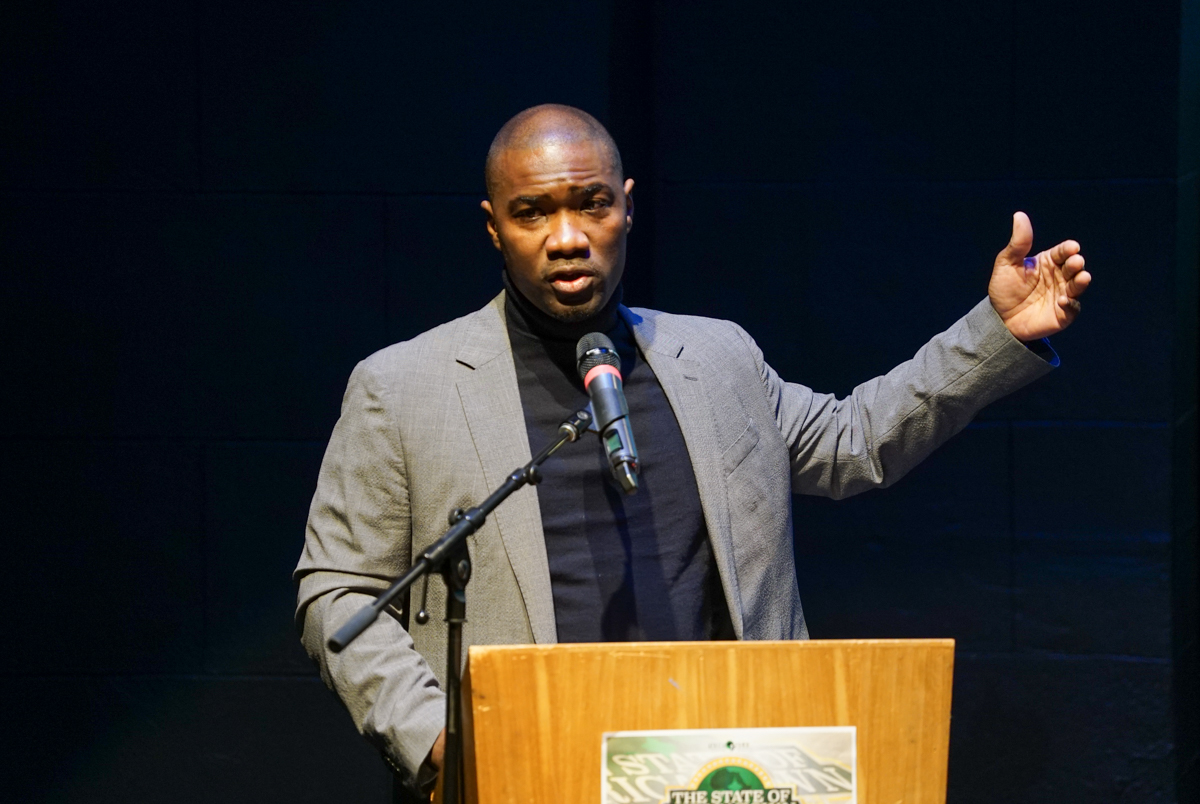 Though the sky was cloudy and gray Saturday morning, the inside of Langston Hughes Performing Arts Institute at 104 17th Avenue South, Seattle, WA 98144 was sunny and bright. Well over 100 people celebrated the Seventh Annual State of Africatown, a collective of African and African-American-owned businesses dedicated to making life better for African and African-Americans.

This year’s theme was “Strengthening Roots, Building Our Future”, which coincided perfectly with the motto of the Africatown consortium: “Imagine. Design. Build.”  The event began with a procession of men dressed in African attire and playing African instruments marched into the theater where the audience was greeted by Langston Executive Director Tim Lennon and emcee TraeAnna Holiday.

Ms. Holiday explained that each group present, with the aid of slides, had five minutes to introduce themselves and explain their roles in Africatown. Following a duet of “Lift Every Voice” by two Rainier Valley Leadership Academy scholars, the program began.

As has become the custom in African and African-American events, the ancestors were honored with libations. Next, former Washington State Representative Dawn Mason delivered opening remarks that had to encourage anyone who could hear. Mason said that Africatown is a “collaborative community of clear-thinking individuals.”

Paraphrasing Marcus Garvey, she pointed out that one does not go to the strong for justice but rather to persons of like minds. A show of good works would make others volunteer their assistance.  In no time groups exhibited this truth. She gave kudos to Wyking Garrett and Dr. Maxine Mimms for their assistance adding she wants people who like us, live with us, and want to support us.

Wyking Garrett presented the Elder of Distinction Award to Mr. Charles Jackson who has served the community for more than fifty years. With the exception of a dazzling dance performance by Kutt-N-Up, the constituents made their five-minute presentations.

WyKing Garrett,  President and CEO of the Africatown Community Land Trust, and Girmay Zahilay, the only elected official present, closed the program with more quotable, uplifting comments. The former said “Gunshots are frozen tears” and warned us that “buildings don’t make communities; people do.” Garrett also cautioned, “You may not get what you work and struggle for, but you have to work and struggle for everything you get.”

For these men, as well as the many in the audience, there is no doubt the Central District is “surging” and “pulsing” or on its way because of the actions of Africatown participants. Zahilay attempted to tell us how much he has learned in the short time he has been in office. The budget, for instance, is divided into three parts—executive, departments, and council. When we approach the Council, the money has already been divided.  We have to make our wishes known earlier. He vowed to represent us in every way.

No one could have attended this program and departed downcast. Everything about the program was hopeful, examples of actually overcoming rather than simply singing about overcoming. To hear so many obviously successful persons with such confidence could only inspire. “Wraparound service” and “solutions” are words that undergird the acts of those leaders in Africatown.  May Africatown continue forever.

Because another program was beginning downstairs at busy Langston, participants were invited to Monica’s Village where the buffet included chicken, salad , rolls, and water.  Truly, a good time was had by all.

Google “Africatown” for a list of events.  Eventually the program will be aired on Seattle Channel.  Make a point of seeing it. Join in the service and expansion.  The state of Africatown is excellent and getting better. 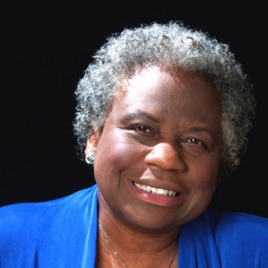