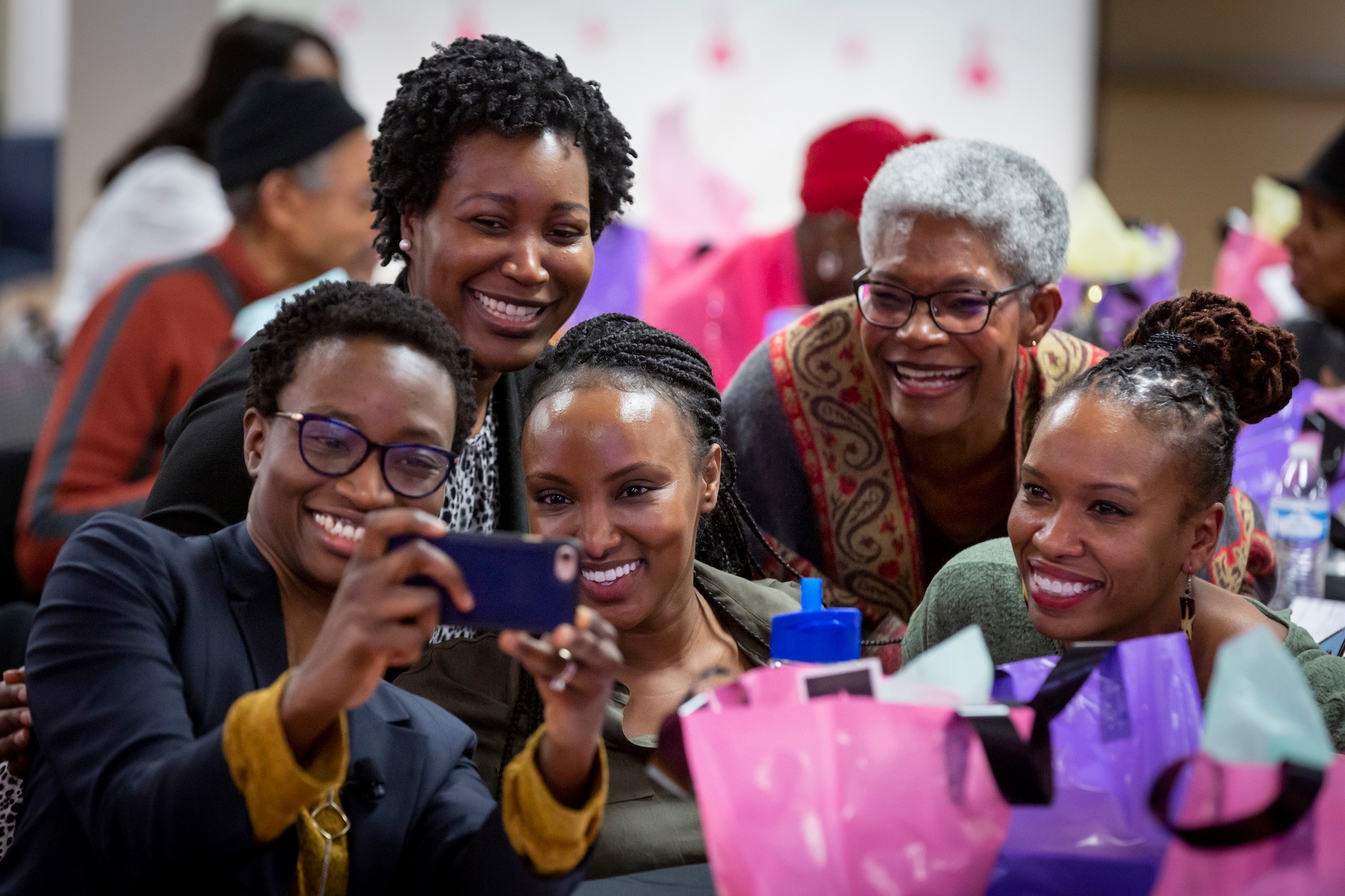 From high-energy African drum performances, to the beautiful array of gift bags displayed on every table in the dining hall, it was clear that Cierra Sisters Inc., didn’t plan your average health fair.

On. Feb.8, Cierra Sisters, Inc. organized a World Cancer Day Celebration at the Langston Hughes Performing Arts Center (LHPAI) that allowed community members to discuss how the history of medical experimentation on Black Americans led to contemporary healthcare disparities, specifically the exclusion of Black women in breast cancer research. Reflecting the values of Bridgette Hempstead, Cierra Sisters founder and CEO, this intentional discussion was bathed in Black film, song and, above all, love.

After being diagnosed with breast cancer in 1996, at age 35, Hempstead founded Cierra Sisters as an African American breast cancer organization to share knowledge and serve as a support system for women who are currently fighting or are survivors of breast cancer. Hempstead strives to advocate and support women who, like her, are ignored or not taken seriously by their doctors, resulting in delayed diagnosis of breast cancer and other illnesses.

Speaking of her own experience, Hempstead remembers being told in 1996 that she wouldn’t need a mammogram because black women didn’t get breast cancer.

“Had I not advocated for myself I would not be here,” says Hempstead. “When I was diagnosed with breast cancer, Black people were not getting the same tests as white people… White women were receiving baseline mammograms at the age of 35, they were getting diagnosed early, they were celebrating in pink that they were survivors, while black women were dying at alarming rates.”

With this still being a relevant issue for women today, Hempstead was determined to organize an event that guaranteed medical equity. Which is why she collaborated with experts from Fred Hutch, UW Medicine, Amerigroup RealSolutions, and Daphni Pie from Public Health – Seattle and King County, to ensure those who attended were able to not only learn about breast cancer but also what they could do to beat it.

“Cierra is an African word that means ‘knowing.’ If you have the knowledge, you have the power to fight against breast cancer,” said Hempstead.

Providing a more hands-on approach attendees also had the opportunity to sign up for health care and take mammogram tests, free of charge, thanks to Daphni Pie from Public Health – Seattle and King County.

To provide a visual display of the effects medical racism has had on the black community, the audience watched the 1997 film Ms. Evers Boys, which retells the horrifying true story of the 1932 Tuskegee Study.

Following the film, Hempstead invited Dr. Kim Holland, her close friend and retired family medicine physician, to lead attendees in a mindfulness meditation to provide a space for healing.

“When you watch or deal with something that was so traumatizing… you can’t just get up and brush it off,” said Hempstead. “It was important to bring Dr. Holland in, to help everyone acknowledge and release the trauma, so we can empower ourselves and not repeat the mistakes of the past.”

To end the celebration, attendees participated in a panel discussion with Fred Hutchinson Cancer Research Center and Seattle Cancer Care Alliance experts addressed the future of women’s health care. Dr. Kemi Doll, Dr. Rachel Issaka, Dr. Julie Gralow and Dr. Manoj Menon discussed the importance of mammograms in early detection of breast cancer. During the talk, members of the Cierra Sisters breast cancer support group also shared their personal stories and expressed what they felt was needed to create lasting change in the world of medicine.

In honor of black history month, Dr. Kibibi Monie, Executive Director and one of the founding staff members of Nu Black Arts West Theatre in 1972, was honored for her many years of service to the Black community at Cierra Sisters, Inc. World Cancer Day Celebration.

Thea White is an educator, community advocate and aspiring truth teller who calls Seattle home. Few things are more wonderful to her than reading her favorite comics while listening to Janelle Monae.

Editor’s Note: Bridgette Hempstead is a member of the South Seattle Emerald’s Board of Directors.