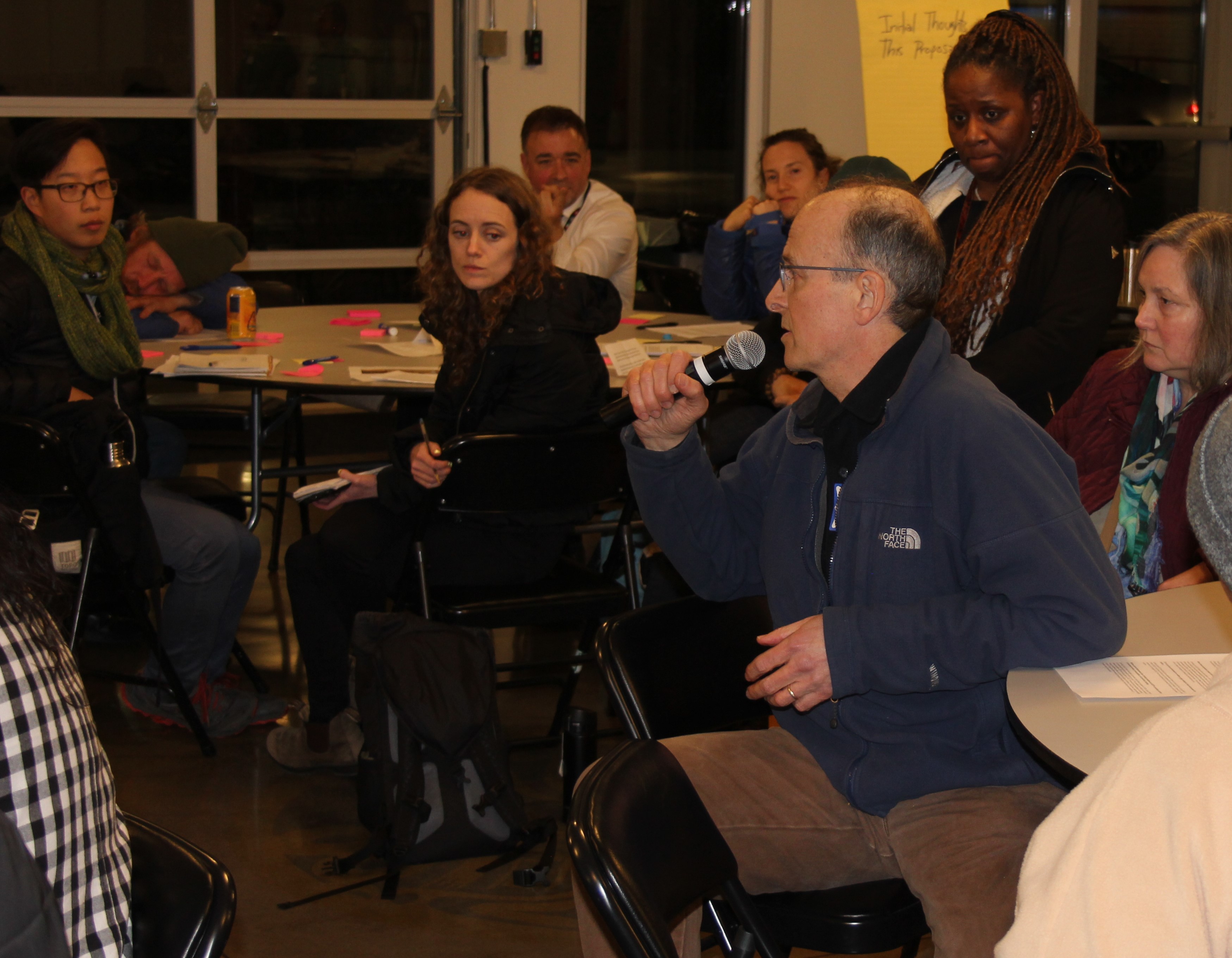 During a public meeting at El Centro De La Raza  on Wed, Feb 19, Sound Transit presented  a variety of fare enforcement proposals under consideration and sought community feedback. Several community members thanked Sound Transit for the opportunity to give input, but others remained unsatisfied with the proposals, since doing away with fare enforcement isn’t on the table.

In its presentation, ST revealed it is not considering eliminating fares or fare enforcement at this time.

The new proposals under consideration include reducing fines, cutting down the period from 12 months to six that warning tickets can accumulate on a rider’s record, creating a separate fare enforcement process for youth, and extending transfer validity time.

According to ST presenters, the proposals emerged from a study of the experiences of other transit agencies across the country, as well as an internal diversity oversight group and public engagement that ST has conducted since 2019.

During Wednesday’s community feedback event, however, several community members focused on eliminating fare enforcement or doing away with fares completely.

Mark Dublin has been working as a volunteer for the Intercity Transit system in Olympia, WA.

Dublin pays a monthly pass on his ORCA card at the beginning of each month. But due to the way tapping on and tapping off the card works, the Sound Transit payment system records it as fare evasion violation if he tapped the card the wrong way the same way he would be cited if he didn’t have proof of payment.

“It’s just black-and-white wrong,” Dublin said. “They have my money and they are calling me a thief.” He said the solution is eliminating fare enforcement–which doesn’t even require instituting a free fare. It just means not requiring riders to show proof of payment when they ride by arranging the payment mechanism to happen through tax levy similar to what they call “zero fare” in Olympia.

Olympia recently passed a “free fare” tax levy that pays for all transit rides in its system making it the largest city in the Pacific Northwest to offer free public transit. But Dublin noted that it’s not actually free. “We levied a tax on ourselves to pay for transfers so that we do not have to pay money to get on the bus.”

Steve Richmond works in forest restoration. He believes ST fare enforcement runs afoul of the Fourth Amendment, which protects individuals from unreasonable searches and seizures by government agents. He also thinks that ST fare enforcement employees resemble law enforcement officers, triggering unpleasant reactions from people, including his wife, who had a traumatic experience with law enforcement in the past.

Richmond explained why he believes it’s unnecessarily stressful during commutes to assert your rights and be uncooperative with ST fare enforcement, who are required to call in a King County Sheriff officer to address any lack of cooperation (It’s not clear what fare enforcement can effectively do if a rider who’s in a rush or angry at perceived mistreatment just walks away). In his case, the sheriff’s office didn’t even bother to send police.

Richmond said of Sound Transit’s enforcement process, “it’s just bluster… if they don’t have the law on their side, who are they? They’re just another citizen who happened to be in a uniform working a job… I don’t know why they think… they can treat us poorly.”

Speaking of the proposals under consideration, Richmond said, “They can’t fix the fundamentally unsound policy that is illegal. They can only make it more complicated.” He added that the complexity of the enforcement process makes transit less accessible to poor people.

Richmond isn’t sure if his and others’ feedback will affect policy makers’ decisions although it was nice to be heard, he said.

Joe Miller, who is a veteran,  said that although fare enforcement employees are trained against touching people to get their attention, he’s seen them not follow that training with riders including himself.  “You shouldn’t be grabbing someone on the shoulder and shaking them,” Miller said, “because in a city like this, when people grab you and you’re asleep, the first reaction is to strike.”

“You just need to get rid of fare enforcement and have them be security and customer service..to help [riders] and not threaten them. ”

In March, the Sound Transit board will consider new actions and policy updates as a culmination of community engagements and new proposals that have been in the works since last year. It’s uncertain, however, if Wednesday’s community requests for eliminating fare enforcement will be considered.

Goorish Wibneh is a community journalist who writes about education and politics. His other interests include critical thinking, technology and international affairs.