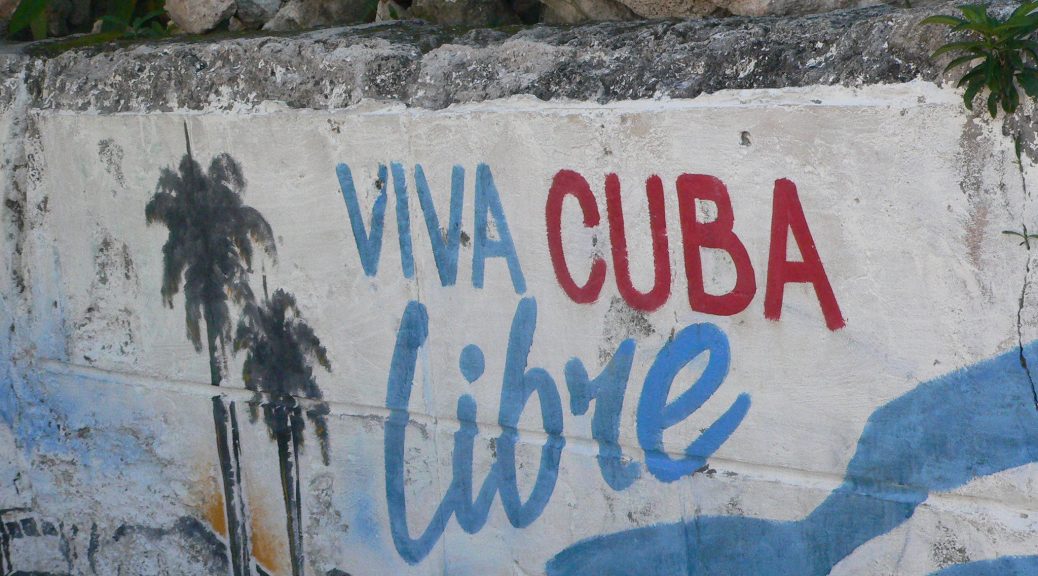 Over the course of two decades, as Chair of the US Women and Cuba Collaboration, I have brought at least 300 people on delegations to Cuba to see with their own eyes and to speak directly with Cubans about the reality of Cuban lives.  This is why the red-baiting of Bernie Sanders over Cuba strikes a deep chord with me.

Only in the US could the Sanders’ statement create such mass hysteria amongst media and fellow Democratic candidates as it did last week. As Sanders stated during the interview with Anderson Cooper, “We are very opposed to the authoritarian nature of Cuba. But, you know, it’s unfair to simply say, ‘Everything is bad.’ When Fidel Castro came into office, you know what he did? He had a massive literacy program. Is that a bad thing, even though though Fidel Castro did it?”

While I don’t agree with Sanders’ statement that Cuba is authoritarian in nature, Cuba’s decisiveness and method, under Castro, in eradicating illiteracy in one year’s time was unprecedented. In the film, “Maestra,” (Teacher) Director Catherine Murphy documents the 1961 story of how 250,000 Cubans, many of them girls and women, volunteered nationwide to teach reading and writing in the countryside to 707,000 other Cubans, as part of the successful effort to eradicate illiteracy.

At the same time, Cuba began developing their free education system, all the way through college, that became available to all Cubans. Since the development of the literacy program, “Yo, Si Puede,” by one of the original maestras from the 1961 literacy campaign, Cuba has dispatched teachers and trainers in the program to over 30 countries around the world to eradicate illiteracy. There is no other country that has done more to eradicate illiteracy than Cuba and their work has benefitted Mexico, Argentina, Venezuela, Spain, Angola, South Africa, Jamaica, Haiti, Brazil, Bolivia, Maori communities in New Zealand and the First Nations communities in Canada.

I always include a visit to Havana’s Literacy Museum as part of my delegations’ itineraries. The museum’s Director, Luisa Campos, served as an on-site Yo, Si Puede advisor for two years in the Mexico states of Nayarit and Guerrero. The Museum remains one of my delegations’ favorite site visits because of the personal stories of transformation Professor Campos tells, especially from the girls and women who served as teachers.  But in addition to the stories, Campos draws the relationship between literacy and the development of democracy and nationhood.

Bernie Sanders was right that we have much to learn from Cuba. In fact, Cuba’s international solidarity extends beyond bringing literacy to people around the world.  Due to the US propaganda machine and the US 60 year-old blockade against Cuba, few know of Cuba’s efforts to provide healthcare to many people in the world.  Cuba’s belief that healthcare is a human right has extended far beyond its own borders.  Because of Cuba’s excellent education and healthcare system, Cuba has a high rate of educated medical personnel.  According to the Guardian newspaper, Cuban doctors are active in over 50 countries, and in 2014, Cuba sent 103 nurses and 62 doctors to fight the Ebola virus epidemic in West Africa, the biggest contribution of health care staff by any single country.  Cuba is currently an active partner with China in fighting the corona virus.

In 1999 the Cuban government, under the leadership of Fidel Castro, founded the Latin American School of Medicine with the mission to train students to become doctors from 30 countries in Africa and the Americas. Today, the school located right outside of Havana, is training doctors from 124 countries, including students from the US who promise to go back to serve their underserved communities.

Few also know that Cuba sent soldiers and medical personnel to Southern Africa to aide in the struggle to end apartheid. Cuban lives were lost in all these efforts and Nelson Mandela went to Cuba to thank the Cuban people for their internationalism. Mandela said, “To the Cuban people internationalism is not only a word but something which they have put into practice for the benefit of large sectors of mankind.”

Thank you Bernie Sanders for maintaining your position about your position about Cuba’s accomplishments and for saying, “Occasionally it might be a good idea to be honest about American foreign policy and that includes the fact that America has overthrown governments all over the world in Chile, Guatemala, in Iran….”. I’m hoping you will transform our US foreign policy into one that embodies peace and respect for other countries’ national sovereignty and the right to self determination. You have finally won my vote!

Cindy Domingo is a lifelong progressive international activist and author, who led the Committee for Justice for Domingo and Viernes and who has spent the last 25 years as chief of staff to  former King County Councilmember, Larry Gossett.

One thought on “Opinion: Redbaiting in the 2020 Election”