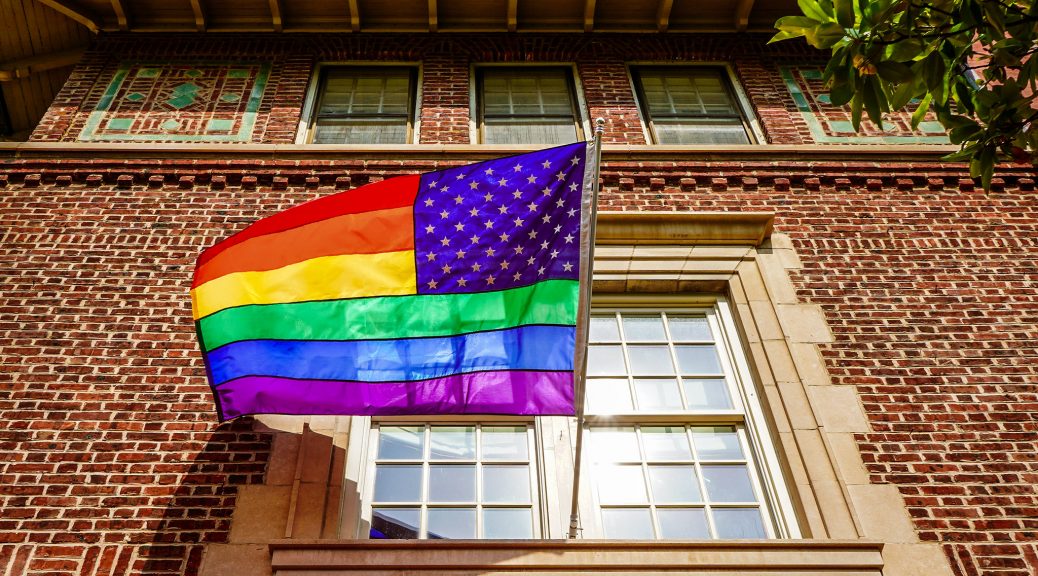 We see ourselves in the lives and shared values of the people around us. That’s what makes up ‘community’, and two weeks ago my LGBTQIA+ community was reminded yet again that our lives are still not valued by some of our most powerful institutions. On February 14th – Valentine’s Day – two teachers from Kennedy Catholic High School (KCHS) in Burien, Washington were forced to “voluntarily resign” for no reason other than being gay/lesbian and choosing to marry their partners.

Since then, our community – led by courageous, loving students – has protested the Archdiocese, held rallies and walk-outs and come together to show support in a way that somehow manages to feel as inspirational as it does crushing in its poignancy.

As Burien’s Deputy Mayor, I’ve witnessed the anger and hurt of our community’s youth and parents as they struggle to come to terms with such a blatant show of discrimination in their own backyard. Afterall, this is 2020 in “progressive” King County. It is infuriating to watch this unfold, as a bisexual woman holding public office; I feel like I should be able to suggest some kind of anti-discrimination employment law for my fellow councilmembers to discuss and take action on, but because of the religious nature of the institution Paul Danforth and Michelle Beattie taught for, there are protections in place that cover KCHS from such actions. What I can do, however, is to continue to be led by community and take direction by Burien’s LGBTQIA+ members on this issue. So far, that has included requests for a proclamation from the City declaring that Burien stands united against all forms of discrimination, and flying the Pride (rainbow) flag at City Hall during the month of June for the very first time to honor Pride month. I intend to take those steps, and consider any others that are brought forth.

As the Executive Director of Seattle Out & Proud (Seattle Pride), I’ve seen a common message spread like wildfire across the larger LGBTQIA+ community: we’ve been here before, we’ve fought this before, and we will fight this again. Our 501c(4) organization is responsible for putting on the nation’s fourth largest Pride Parade every year, in addition to other events, and so when I received an email from a KCHS senior asking for help spreading the word about what was happening at his school and to provide whatever support we could, the idea of naming these amazing youth and teachers as our 2020 Seattle Pride Grand Marshals immediately came to mind.

Grand Marshals in the Pride Parade are THE figureheads of the day; they embody the theme of any given year, kick off the Parade on June 28th (the anniversary of Stonewall) and are present at numerous media events as spokespeople. When I saw how quickly KCHS youth rallied against the discriminatory actions taken against their beloved teachers, and how the larger community rallied around them, I knew that our theme for 2020’s Pride Parade – “Many Faces, One Pride” – was embodied by the way they were standing in solidarity with members of the community who found themselves on the receiving end of bigoted discrimination. Offering this opportunity is a way to help amplify their message, and to celebrate their love and commitment as a greater Seattle community. Our Board of Directors agrees, and fully stands behind this offer.

On February 26th, I posted this idea to a group Facebook page that was created to support Mr. Danforth and Ms. Beattie, and the response was overwhelmingly positive and in support. While Mr. Danforth and his fiancé are unable to be present for the Parade, both of them have expressed their excitement and support of this offer, and I look forward to hopefully making this a reality.

Of course, a local conservative blog is decrying my involvement in this matter as “sexuality hustling” and throwing around half-baked commentary about a politician inserting themselves where they aren’t wanted. Some news organizations have ran with the “But, religious freedoms!” line, but I – and my community – see that for what it is: a centuries old method of oppression and discrimination on the basis of sexuality that differs from their narrowly defined beliefs… and that clearly is not the overwhelming belief of the thousands who have come forward, nationwide, in support of these two teachers and the youth who love and support them.

What this current-day experience of discrimination has shown is that this is a community who truly does see itself in the lives and shared values of the people around us, and who will continue to fight for the right of each of us to exist and to love. I welcome you to join with us, as Many Faces, One Pride.

Krystal S. Marx is the Deputy Mayor of Burien, WA and Executive Director of Seattle Out & Proud