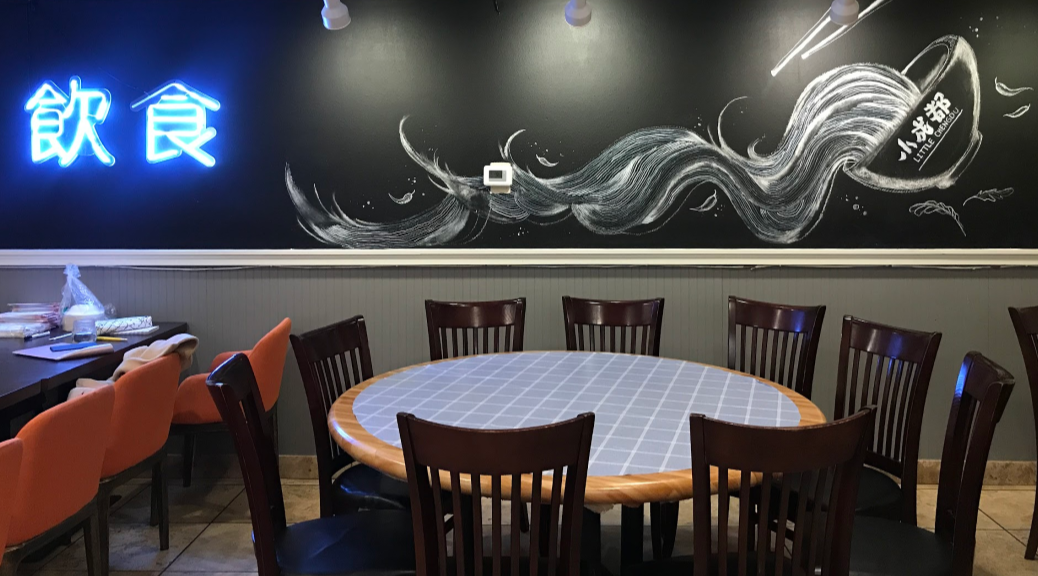 In recent months the now-infamous novel, or “new,” coronavirus—dubbed COVID-19 by the World Health Organization—has been wreaking havoc across the globe. The virus reached Washington state in January and has so far totaled 11 deaths in King County since Feb 24.

Along with the rest of the city, South Seattle now finds itself near the core of the crisis in the west. People are naturally concerned and many are closely monitoring the spread of the virus, but how are South End businesses faring in these strange and uncertain times? Are people still going out to eat? Attending shows?

Even with no reported contractions of COVID-19 in South Seattle, while the outbreak and spread of the virus maintains its highly unnerving “pandemic” status, our communities feel the effects of its presence in our region at large. Aside from the sudden case of acute dry skin on the collective hands of South Seattleites resulting from our dutiful incessant handwashing and sanitizing, shoppers are finding bare shelves in some places where an ample supply of household goods are normally stocked (like hand sanitizer, face masks, and even toilet paper). Our events are being canceled. Some businesses and schools are being closed, some only temporarily for deep cleanings. And hyper-local businesses? They’re feeling the trickle down effect. Our restaurants, music venues, and other places people gather, are losing revenue with fewer people going out. Many workers are being told to work from home if possible, and people are presumably staying in more in general to avoid picking up any unnecessary germs as they go about their daily lives. The impact of COVID-19 is far-reaching and we’re still in the early days.

With the crisis limiting the global movement of people and goods, pummeling the travel industry, and disrupting manufacturing supply chains, it stands to reason that local businesses are feeling the domino effect. Emily Zhao, owner of Little Chengdu restaurant on Rainier Ave. just south of the Mt. Baker light rail station, says her sales have plummeted.

When the Emerald visited Zhao at Little Chengdu at dinner time on Thursday, March 5, the place was empty and—in what appeared to be a cosmic joke—Dua Lipa sang the refrain “Don’t show up, don’t come out…” over the house speakers. But Zhao laughed at this and said it’s typical for Thursdays to be quiet. Friday to Sunday, however, she has a full house. But the last two weekends have been unusually slow—and she’s not seeing new customers. Sales have dropped 40 percent.

Ark Lodge Cinemas owner David McRae told the Emerald via email that while this is “traditionally a slow time of year for movies,” the theater’s already-depressed sales have been compounded by the COVID-19 pandemic. Sales dropped to one-third of their usual numbers last weekend. He said that the theater is weighing their options in terms of what’s next. The independent cinema already struggles to continue serving Southeast Seattle, so a blow like this could put them on a dangerous precipice.

Ellen Vu, manager of Mekong Rainier Supermarket says the store has seen customers panic-buying, heavily stocking up on rice noodles and nonperishables like canned sardines. While the store saw sales spike while customers were hastily buying goods, she says now people have everything they need, so she doesn’t expect to see them again soon. She also fears she will have to increase prices on some items, some she’s already out of, as her suppliers are reporting shortages of goods—and as the demand increases for certain imports, so will the cost. Vu also notes that their elderly customers are staying home (and says that anyone with a fever should too). Vu echoes the sentiment of many business owners who seem more concerned with the health of the community than with their bottom lines.

Restaurant and concert venue The Royal Room in Columbia City appears not to have been affected thus far. Manager Bridget Collins says they “haven’t really noticed a change” (in sales or patronage). That said, she’s watching this weekend closely for changes as the weekends are when the larger crowds come out. But across the street at Wabi Sabi, a sushi bar and restaurant, lead server James Luang said sales have dropped 30 to 40 percent this week already. He said last weekend seemed to be the turning point for people and noted that when he went to his West Seattle gym Monday morning, a class he attends that usually has around 60 people in it was down to approximately 15.

Other restaurant owners that haven’t been hit hard up until now are worried about the future. Max Heigh, co-owner of Sam Choy’s Poke to the Max, told the Emerald via email, “We haven’t seen so much of a decline in the restaurant yet, but we are very concerned it is going to happen soon.” He said their food trucks have seen a dent in business due to a decline in sales in the locations where they park them, like South Lake Union, which is home to Amazon’s Seattle headquarters (Amazon staff have been asked to work from home through the end of month).

Further south in Rainier Beach, Hong Chhuor, gave us a glimpse in an email of what they’re experiencing at his family’s King Donuts. The donut shop, teriyaki and Thai food restaurant, and laundromat has had customers expressing concern and “asking our staff why they aren’t wearing masks,” Chhuor said. He also said they’ve seen a lower volume of customers this week, “but certainly not to the extent of what we’re hearing is happening to Chinatown-International District businesses,” said Hong.

Seattle’s Chinatown-International District is reportedly experiencing a downward trend in business to a much larger degree than other Seattle business districts. But other popular shopping hubs like Pike Place Market are also seeing steep declines in patronage. Still, it’s difficult for many not to infer a racial connection to the revenue plunge C-ID businesses are experiencing, especially when, according to an article published by the International Examiner on March 3, 2020, they faced not only a decline in business but also bias and discrimination even before it was publicly known that the novel coronavirus had arrived in Washington State.

Discrimination and xenophobia are on a lot of people’s minds as the public response to the pandemic plays out locally and nationally. Washington State Department of Health, Seattle and King County Public Health (Public Health), and the Centers for Disease Control and Prevention (CDC) all have anti-stigma information and resources prominently listed along with other COVID-19 prevention information and recommendations on their respective websites.

Emily Zhao of Little Chengdu, who is Chinese, doesn’t believe that racism is the reason for drops in Asian business revenue. “I don’t think it’s a discrimination thing,” she said, “I really think it’s a knowledge thing.” She says that most Asian businesses are patronized by Asian people, so it makes sense that those places are seeing fewer patrons. She says people in the U.S. don’t understand how serious this is—the virus and its rapid spread. “Chinese people are aware,” she says, but adds that she doesn’t mean that to sound like a put down to Americans—she just thinks that people from Asia tend to understand how serious viral illness outbreaks are and many white people just “don’t get it.”

At Little Chengdu, Zhao and her front-of-house staff wear masks and gives out mini hand-sanitizing packets to patrons. They also sanitize the restaurant’s surfaces three times every day. She’s even stopped scheduling shifts for part-time employees who take public transit to get to work, encouraging them to stay close to home. Her current staff all live close to Little Chengdu and they’re not leaving the area between shifts. “We are a safe place to go,” she says, but adds that everyone should be wearing masks to stay safe, though the CDC does not recommend this.

Most of us seem to know the basics at this point: COVID-19 won’t make most people super sick and isn’t life-threatening to the majority of us. That said, its rapid spread coupled with a lack of a vaccine to prevent it (and no cure) make it a public health crisis. Those with immune systems not up to the task of fighting it off can get terminally sick, and fast, so communities are tasked with staying healthy, first and foremost, to avoid spreading the virus to those most vulnerable to the disease. So far, “staying healthy” mostly involves things like washing your hands well (and frequently), sanitizing things people touch a lot, and staying away from sick people. You can find the latest local information and health and safety recommendations here.

The reality is that there is a high likelihood most King County residents will contract the novel, or “new,” coronavirus at some point, though not necessarily anytime soon. According to the CDC, most people will catch some form of some coronavirus or other (there are several) in their lifetimes. We can add the new one to a long list of potential viruses people may contract, like rhinovirus—also known as “the common cold”—or the flu, aka influenza. Under normal circumstances the body will fight off these viruses and they’ll do no lasting damage. It’s those with compromised immune systems we have to look out for. Like the flu—and unlike the common cold—the novel coronavirus can make certain people very sick. So those are the people we as a community want to focus our efforts on protecting. The good news is that following public health guidelines will go a long way in doing just that.

To be clear, Public Health is recommending that people avoid “large” group gatherings and that event hosts consider canceling or rescheduling. In a press conference on March 4, officials advised citizens to avoid gatherings of 10 or more people, though the Emerald did not find this directive in writing on any of the Public Health recommendations on their website or blog.

If you’re coughing or sneezing, have underlying health issues, or any serious concerns of either getting sick or making others sick, you can still support local businesses. Consider purchasing gift cards from Ark Lodge for future visits and getting take out from your favorite local Chinese restaurant (and leaving a big tip!). You can also offer to do these things and more for friends, family, and neighbors, especially if you are strong and healthy—pick up some groceries for someone and shop around if need be for items that are difficult to find. Staying close to home isn’t a bad idea, so consider shopping hyper-locally when you do go out.

Editor’s note: The situation with COVID-19 evolving quickly, as are recommendations from public health officials. Stay informed by following along on the Seattle and King County Public Health website and the Public Health blog.