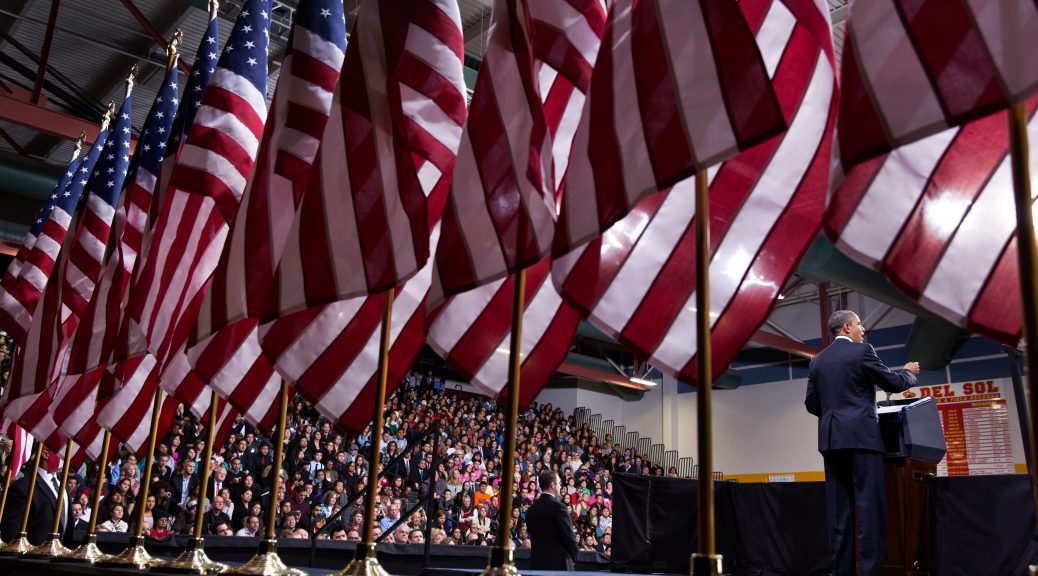 March 10 is Washington’s first presidential primary election.  For the first time, our state is in play and can have a major impact on the Democratic presidential nominee leading up to this Summer’s National Democratic Convention. King County Elections mailed primary ballots out several weeks ago. Voters will have until March 10 at 8 p.m to deliver their stamp-free ballot to a drop box or return by mail.

The Emerald asked for submissions from King County residents on why they favored their chosen candidate. With the field effectively narrowed down to Joe Biden, Tulsi Gabbard and Bernie Sanders, we are presenting the mini-essays (and a brief report) we received. They are published in alphabetical order of the candidate’s last name.

My first choice for president was Mayor Pete Buttigieg. Smart, compassionate, experienced beyond his years, and thoughtful, his campaign broke through and accomplished more than anyone expected. Now that Mayor Pete has withdrawn, we must turn to another choice.

For me, that choice is former Vice President Joe Biden. Like Mayor Pete, Joe Biden is a committed public servant, a compassionate man who will appeal to a broad cross section of Americans. If you want to see his empathy, catch a glimpse of his heart, watch his victory speech from South Carolina two Saturday’s ago.

Our best chance of beating Donald Trump is Joe Biden because he can win crucial states in the middle and south of our country. Others believe our hope rests with Bernie Sanders. While Bernie has raised important issues his appeal to voters is limited and he will be easily typecast as too extreme by Trump and his allies. Joe Biden will rebuild the coalition that led to President Obama’s two national victories. And Joe Biden will bring us together and begin the healing of our political divisions, just as he explained in his victory speech two Saturday’s ago where he told of the power of forgiveness to create meaningful change.

I encourage you to take a look at Joe’s website. Check him out for yourself and see if his ideas, positions, and dreams for our country match up with yours. Tomorrow is Super Tuesday, a very important milestone this election. Join me today in supporting Joe Biden by clicking here. Now is the time to unify behind Joe, help him win our party’s nomination, and secure a victory in November.

Tulsi Gabbard is a person who has dedicated her life to serving others. A 17-year war veteran who leads with integrity, and puts the best interests of the American people ahead of profits and ahead of politics. When we as a country are more divided than ever, Tulsi sends a unifying message–a house divided cannot stand, and we can disagree with each other, without being disagreeable.

In 2020, she is running to be President. Many people do not know this, or wonder, why is she not on the news with other candidates? Why is that?–I’ll explain. Tulsi always stands up for what is right, and that includes speaking out loudly against corruption in government, in corporations, and in mainstream media. In 2016 when she resigned from Vice Chair of the DNC in 2016 to speak out against the nomination being stolen from Bernie Sanders, and throughout her campaign in 2020, she has shined a light on the darkness that is American politics. As a result, her presidential run has been subject to a near complete media blackout and disinformation campaign since the moment she announced her candidacy. This is not democracy.

Having witnessed this deliberate silencing, I have been committed to doing everything I can to make sure she has an opportunity to have her voice heard, so that we can make an informed decision about the type of person and future we want for the future of this country.

With the 2020 Presidential Primary happening for the first time in Washington state on March 10, a week from Super Tuesday, students at Seattle University are getting more and more excited.

“One thing I really look for in a candidate or just in a politician, in general, is consistency, honesty, and someone I can trust you know,” said Ernesto Chacón who strongly believes that Bernie Sanders hit all these checkboxes.

Chacón is a political science major at Seattle University, and Sanders is the reason why. “In 2015, I’d seen a post about Bernie Sanders on Facebook, and I saw his speech, and honestly, I just became like enraptured about everything he was saying, the honesty in his voice and just the truth I felt coming from him,” said Chacón who has voted since the age of 18 but didn’t care enough about politics because he felt disenfranchised.

Chacón started college in 2016 and in his first quarter, during Trump’s presidency, he sensed fear in the voices of his Muslim, Latino and Latina classmates “about how they are scared to live in this country, and they hope…all that stuff doesn’t happen to them.” Sanders’ ideology ingrained in him together with the opposition of Trump solidified Chacón’s decision to pursue political science and constitutional law in the future. He strongly believes that Sander’s position on environmental rights, women’s rights and immigration rights will place him on the right side of history.

During that same year, Chacón also caucused for Sanders. “Caucusing is a little bit more intimate,” Chacón added, “You go into these small spaces, and you meet up with other people who really…feel democracy the same way you do because to go into a caucus, you kind of have to take time out of your day. You have to go to a place, it’s going to be packed, and you have to argue with strangers that you don’t know.” Chacón will vote for Sanders but isn’t sure about how this year’s presidential primary will change the dynamics of the voter turnout and who the vote will go to “but just seeing his base from 2016 to 2020, he has a lot more of the Latino vote; he has a lot more of the African-American vote, the Native vote, and so I feel like this might be a good opportunity for him to sweep Washington.” Sanders recently won the majority (51%) of the Latino and 27% of the black vote in Nevada, according to Politico.

On Feb. 17, Chacón attended the Bernie 2020 Rally in Tacoma Dome, a multipurpose arena located about 30 miles south of Seattle and a long drive from the University of Washington, Seattle, where he picked up his little brother. “We waited in line for about two hours, and it was just amazing,” Chacón said, who was a little concerned at first when he saw only a few people waiting in line to be checked in. “It felt like a rock concert. We had Pramila Jayapal. We had Kshama Sawant. We had some young activists there who were able to talk about climate change and who spoke about violence against Native American women, the missing women, and so I felt like everybody was represented,” Chacón said. The Dome seats about 23,000 people but over 17,000 packed the Dome, according to Kiro 7. Chacón believes that Sander’s momentum exploded after the Nevada Caucus on Feb. 22 and is excited to see what’s next for him. He hopes that more young people come out and vote and more excitement should be brought on college campuses to ensure a better democracy.

Chacón’s parting piece of advice for all voters is “On your ballots,…where you sign in your name, there will be a checkbox Democrat or checkbox Republican, make sure you do that because…if you don’t check it, your vote is not going to be counted.”

Why I’m Still Undecided / by Michael Wolfe (15 year resident of Columbia City, former two-term Chair of the 37th Legislative District Democrats. He was a Delegate to the 2012 Democrat National Convention for Barack Obama)

To say that I’m disappointed that the Democrats passed on the opportunity to choose to put diversity and inclusion front and center in their choice for a nominee is, well, an understatement.  Instead four years after the first non-white male left the Oval Office we’ve reverted to the white patriarchy all in the supposed name of “electability”.

Twelve years ago we were a party of hope. We elected the first African-American President. We enacted sweeping healthcare reform. We turned around an economy that the other side drove into the ditch. We appointed fair, competent jurists. We gave hope to hundreds of thousands of Dreamers that they would have a path forward in the only country they’ve ever known.

We dramatically reduced our dependence on foreign oil. We signed the Paris Climate Accords. We entered into an agreement to stop Iran from acquiring nuclear weapons, signaling a possible detente in US-Iran relations. We Democrats did all that despite Mitch McConnell, Paul Ryan, all the Republican governors, Republican state legislatures, their gerrymandering, and their voter suppression.

Yet, somehow four years ago in one election cycle we abandoned that hope and let the Republican lies and fear label our candidates as a communists and criminals.  Now we are so afraid of losing that we no longer have hope. So instead of putting forth a bold new vision of an inclusive diverse America the Democrats are going to put forth one of two white patriarchs who’s supporters claim are electable. History tells me neither is true, whether you look at 2004 with Kerry or 1972 with McGovern, it doesn’t matter.

I have yet to vote in Tuesday’s primary, but I will now choose the candidate that best aligns with my political outlook on life. My one ask of whomever secures the nomination for the Democrats is that they do some serious soul searching. And while doing so, really contemplate what was the winning message of the last two successful Democratic Presidents in 2008 and in 1992.  Here is a hint to both sides it wasn’t  “Tax the rich and here is some free stuff” nor was it “Vote for me because I’m not him.”

Hope in a inclusive America

Hope in a diverse America

Hope in a equitable America

Hope in a just America

Hope in a healthy America

Hope in a prosperous America

Hope in a better America