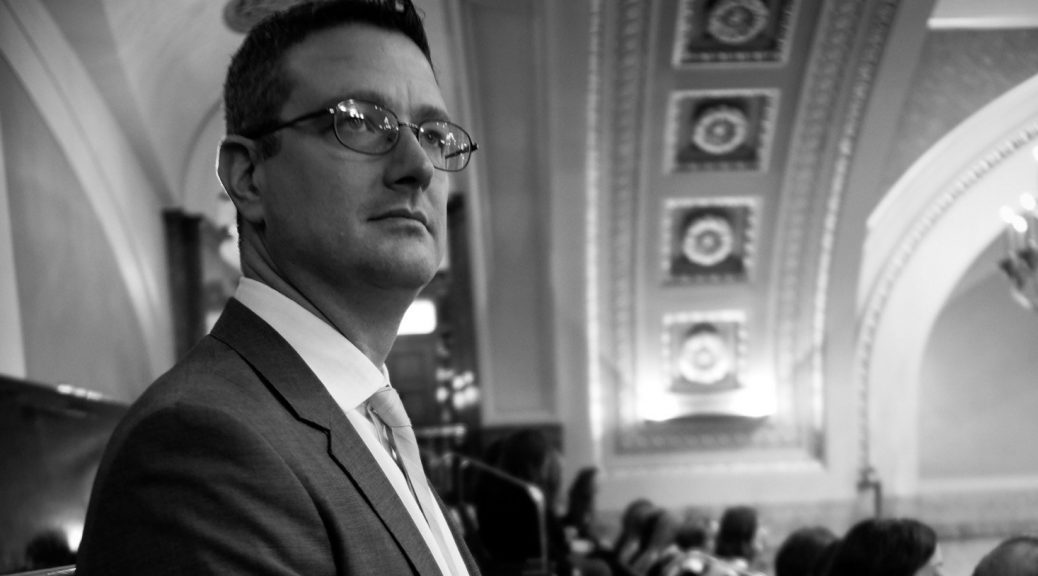 After an eight and a half year sentence for a felony sex crime conviction, Louis Ihrig lost his voting rights. He’s now attempting to restore them.

In January, Louis Ihrig went to Olympia to testify. Senate bills were introduced to require the state Department of Corrections to notify incarcerated individuals, prior to their discharge from prison, how to restore their voting rights, as well as changing the law so people would be eligible to vote immediately after being released from prison, even if they remain on community supervision.

Ihrig testified that he had lived through the criminal justice system but felt unrepresented because he is still unable to vote. Under current law, Louis Ihrig can never vote in Washington state, because he is under permanent community custody.

Ihrig is willing to put his story out in public because wants to vote again. Studies show that restoration of voting rights helps reentry into society.

“(Voting) is part of being in society. I’m trying to do a lot of things and be a part of society, and voting is one thing that says you’re not.”

Ihrig served in the Marines as an infantry forward observer in Afghanistan in 2005, and came home with a diagnosis of PTSD. He didn’t do alcohol or drugs, but he turned to sex to cope, he explained.

One night, “a girl snuck into my bed, it lasted just a couple seconds, and it changed my life,” Ihrig said. He was convicted of a felony sex crime, served an eight and a half year prison sentence, and was released in 2017.

Ihrig, who lives in SeaTac and is getting married this month, plans to apply to law school after completing his degree at the UW Foster School of Business. But as a registered sex offender under lifetime community supervision, he can never vote.

“I hurt somebody, and that’s not right. I definitively feel shame and guilt. But it seems that justice is lopsided in this,” Ihreg said.

Testifying on the same day as Ihrig, Christopher Poulos, the Executive Director of Washington’s Statewide Reentry Council, described receiving a ballot while he was in prison in Maine in 2008, serving a 33-month sentence for drug possession.

“I was actually able to get a voting ballot while I was incarcerated. It made me feel like I am currently detained but I am still a citizen. I’m still part of this country,” Poulos testified.

Ihreg likes to repeat a line popularized by criminal justice reform advocate Glenn E. Martin, “those closest to the problem are closest to the solution, but furthest from resources and power.”

“Voting doesn’t make anybody worse, or more of a criminal. But when they can’t vote it makes them feel less part of society and how they reenter society,” Ihreg said.

The Department of Corrections, the Office of the Attorney General, the Washington Association of Prosecuting Attorneys, and the ACLU, agreed. Intense push back from some Republican legislators caused the bills to be dropped before a vote by the legislature. Although the bill was shot down this year, there is enough support that another version is likely to come up again next year in Washington.

More information for people with felony convictions and their voting rights can be found here.