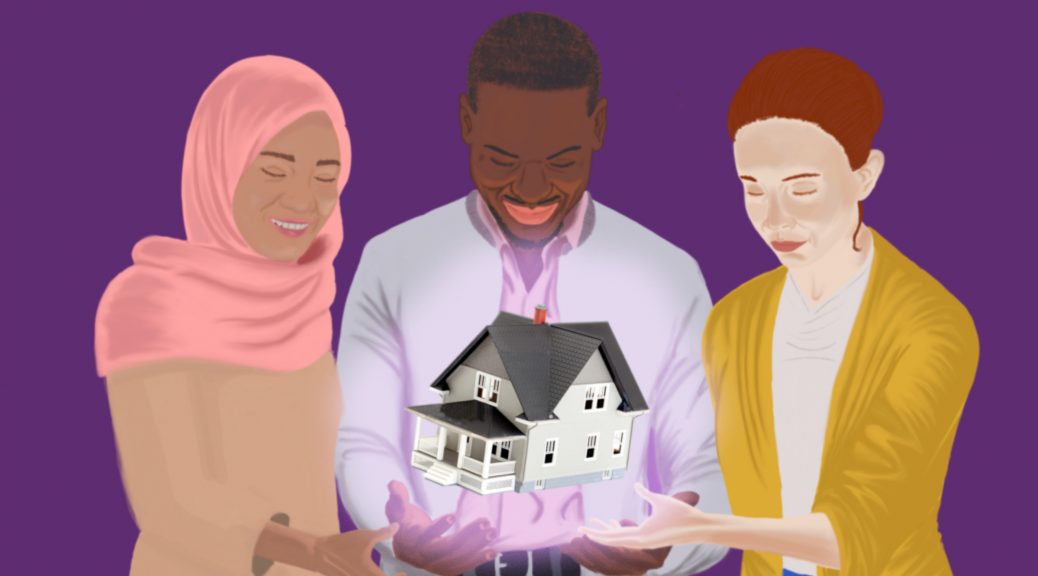 The forces that have made co-house-holding mainstream in Seattle mirror larger national trends, namely, a widening affordability gap.

Across the U.S., there’s a growing trend in housing: millennials have come of age, but they aren’t buying houses. According to research by the U.S. Census Bureau, only 1 in 3 millennials age 25 and younger owned a home by the end of 2018, which is about 8% lower than for previous generations. Even in Seattle, where the wellspring of lucrative tech work attracts thousands of millennials each year, only 29% of Seattle-based millennials found home ownership accessible in 2017.

Low rates of millennial home ownership, influenced by an ever-widening affordability gap and the generation’s increasing social isolation and postponement of    marriage and children, have given rise to a new housing trend in Seattle and beyond: cohousing, or “intentional communities.”

Intentional communities can be structured in several different ways, from several separate family homes sharing a plot of land to a group of individuals “co-buying” a single home together. Millennials  most commonly engage in a form of cohousing called “co-house-holding.” This involves cooperatively renting and sharing a house with a group of adults you’ve chosen to live with, often for the sake of some collective vision.

Of course, sharing a home is not a new idea. In fact, one 2016 article in The Atlantic called the millennial co-living trend a “repeat of the Middle Ages,” and, in Seattle, shared co-op style “punk houses” have long been a means of cutting costs and strengthening community for do-it-yourself musicians, artists and others rejecting traditional housing options.

“I would say it’s hard to measure [the number of intentional communities in Seattle] but to my delight more people are using that term for a collective household and having a vision statement and gathering their friends in. I do feel like there is more intentionality,” said Syd Frederickson, a Seattle-based co-housing advocate and facilitator who has 30 years of experience working in the movement around Seattle.

In fact, Frederickson was being asked so often to chat with people about intentional communities, she launched a side co-housing consulting business, Under 1 Roof, last fall. Her business joins a handful of other Seattle-based organizations—such as Seattle Urban Cohousing—that help facilitate or advocate for intentional communities.

The forces that have made co-house-holding mainstream in Seattle mirror larger national trends, namely, a widening affordability gap.

Since 2010, the booming Seattle economy and job market have brought a population increase of 16%, making it one of the fastest-growing large cities in the U.S. With this growth comes a dramatically increased cost of living, especially for the renting class. As of November 2019, the city’s current average rent, according to RentCafe, is $2,123 a month for a 694 sq. ft. space. It’s a price so untenable that Seattle was deemed the most expensive city for renters outside of California, according to a Seattle Times report last year.

“Rent is a lot higher than it’s ever been. With co-housing, I can throw money to other things,” said Luke Abbott, a professional musician and construction worker who shares a cooperative house with two other creative entrepreneurs in Renton, and pays $675 a month.

Cohousing reduces costs significantly for renters like Abbott, but also combines many of the benefits of solo living with the perks of owning your own home. Abbott and his roommates revel in the fact they have access to a large kitchen, living room, garden, and a yard with a fire pit—all for the price of a single room.

“[Many tenants seeking co-housing] see cohousing as having access to a house with resources that a lot of people like,”  said Frederickson.. “Like a little garden, or a bigger living room than living alone in a one-bedroom apartment or studio. They can rent a room for less.”

The housemates also have a mutual agreement around preserving privacy and time alone .

“For me, the situation was a chance to have a little more privacy but not being lonely on your own,” Abbot said. “You have someone you can have a conversation with but also have the same level of privacy [as living alone].”

Along with a better bang for the buck, cohousing may be better for an individual’s social-emotional health than living alone, data shows. According to several reports, loneliness is a major public health epidemic, largely because of how people are housed, with the most acute suffering  felt among millennials and generation Z.

A recent Business Insider article reported that, “The forecast for millennials’ mental health in 2020 doesn’t look pretty — depression and ‘deaths of despair’ are both on the rise among the generation, linked to issues such as loneliness and money stress.”

Along with student debt, social media, and mental health issues, some experts hypothesize that the way Americans live—often sardined alone into micro-studios or one-bedroom units—is a major factor in increased feelings of isolation throughout the demographic.

“Apartments make up almost a third of the housing stock in America’s largest cities,” a 2017 article at Grist found, “with half of all of them being home to only a single person.”,

This happens to be a particular problem for Seattle, too. Between 2012 and 2017, studio and one-bedroom apartments made up about 80% of all multifamily housing built in Seattle—and writer Eve Williams lived, unhappily, in one them. As she reported in Grist, after a year of living in her downtown Seattle studio, she had yet to even exchange a “hello” with the neighbors on either side of her.

“Apartment life can be strangely isolating:,” Williams writes “the intimacy of removing a complete stranger’s underwear from the building washing machine; the awkwardness of silent elevator rides while rubbing elbows with a fellow tenant; the jealous pangs of hurrying alone past a cluster of happy friends sharing pizza on your stoop.”

In response, co-living is catching on as millennials pursue a sense of belonging and connection traditional housing doesn’t offer. But it’s more than adding a couple of Craigslisters to your living situation. Intentional community members seek housemates with whom they share similar values, especially if their own life path is non-traditional.

“As our generation gets older we’re choosing to have less children, forgo marriage, etcetera,” said 35-year-old Tayler Lynn, who is unmarried and lives in the same co-op house as Abbott. “I’m really grateful that I can [live] with other like-minded people where [not making] conventional choices [doesn’t] feel like a failure.”

Steven Russel Oliver was a part of a cohousing project in Beacon Hill with seven other friends he met at Burning Man, an annual festival in the Nevada desert built on principles of radical inclusion and communal effort. The project began with a collective vision, but over time, the policies they’d put in place to maintain everyone’s equal voice eroded, eventually making the living environment toxic. The compound fell apart in 2009, and the relationships remain soured.

“The sad thing was for me…I was interested in it as a committed experiment. Like, I’m going to find out, are people actually capable of [living] this way? Are people capable of maintaining a collective interest as opposed to a self-interest?” Oliver said. “My answer was no.”

Every community member needs to be on-board with the house’s vision, and hopefully, in it for more than just saving a dime.

“You do need to be wise and proactive in working out [co-housing] agreements, and it means being more assertive about what your boundaries are and what your desires are than mainstream American culture [demands],” said Frederickson. “One person emerges as the person who can get away with not doing the dishes, and another person sees themselves as top dog and can get away with things through with intimidation—blindly, maybe not even maliciously…That’s where I come in, I can help them work out some agreements and hold each other accountable.”

When an intentional community is healthy and thriving, it may have the potential to address larger issues like gentrification and homelessness—especially when it’s used in tandem with other strategies like rent control. This could make co-housing a one strategy to help make a dent in Seattle’s growing homelessness crisis.

“It’s a big leap to take absolutely unhoused people and say, ‘We’ll just put you in a group house, or this intentional community,’” said Frederickson. “But co-housing will help to get more people housed in the housing stock we already have and it will help to bring down some of the costs for people who work a minimum wage job, which can help some sectors of the unhoused people.”

Regardless, one thing’s for sure: some people would not be able to remain in Seattle without the option.

“I do think cohousing can definitely be a tether for artists,” Lynn said. “But, it kind of bums me out that that’s our only option. There should definitely be more.”