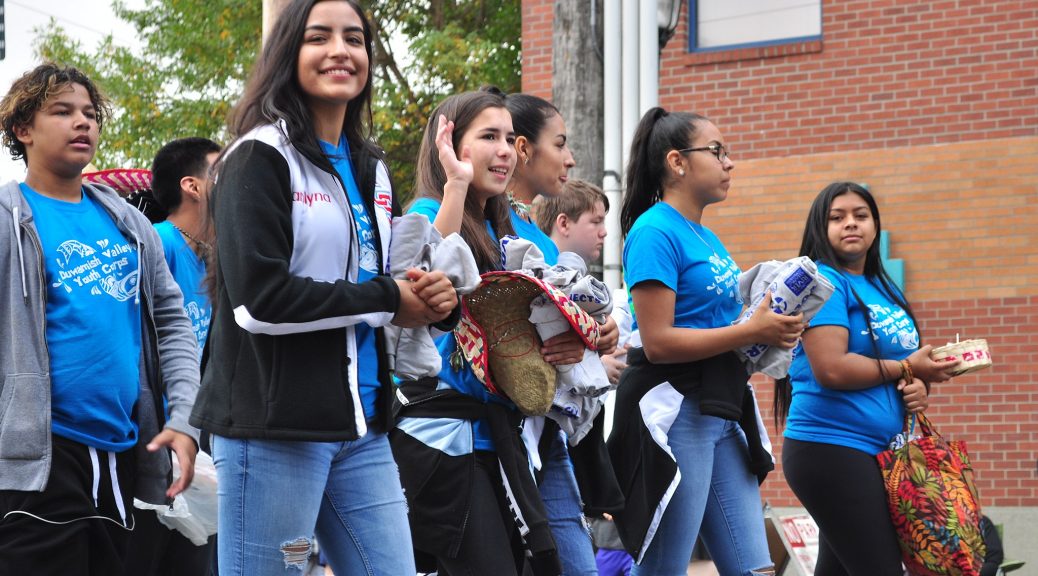 Kelcey Valdez, a resident of South Park neighborhood and a high school student at Franklin, is concerned about pollution in the ocean and destruction of animal life. After college, she wants to work in the environmental field.

“I feel like it would be better if we had a high school here, because we don’t have to leave our community, Valdez said, referring to the Duwamish river, and adjacent communities such as South Park, Georgetown and White Center.

While the Seattle area has an aviation high school, in Tukwila, there is no equivalent comprehensive career and technical high school for the maritime industry, one of the state’s largest.

The new high school, which is targeted to open and enroll its first freshman class September 2022, is intended to “develop a generation of workers ready for climate-adaptive, new economy jobs,” said Port of Seattle Commissioner Ryan Calkins. The Port unanimously passed a motion March 10 to throw its weight behind the school, and support recommendations in a feasibility report created last year for the project, titled A Changing Tide.

The high school will prioritize recruiting students of color and girls, with the hope that it will build pathways to well-paying jobs for them. Jobs in the maritime industry pay an average of $82,800 dollars per year, compared with $52,000 statewide. Most maritime workers are white men, and the average worker is 54 years old. The industry faces an “impending retirement crisis,” according to Calkins.

The Duwamish Valley has some 1,500 maritime jobs, according to Paulina López, executive director of the Duwamish Valley Youth Corps — but only about two percent of them are taken by locals. Communities of color make up the majority in many areas proximite to the maritime industry, especially the five miles of the Duwamish river running from the downtown Seattle port to Tukwila, the Changing Tide report notes.

“We are right on the river, the only river that Seattle has, and yet we don’t see the economic benefit in the Duwamish Valley,” said López, who is part of an executive committee planning the school, along with Calkins, Susan Enfield, the superintendent of Highline School District, and Jake Beattie, executive director of the Northwest Maritime Center.

Young people living near the river want to learn skills that can allow them “to stay and thrive here in place in the community,” López said. She believes a maritime high school would help students who want to get internships and jobs in the environmental field, but who often lack connections.

The report and officials frame the school as a response to climate change. “If you successfully address climate change, a lot of the work is going to be done in, on and around the ocean,” said Calkins. “And so preparing students for careers in maritime is actually an extraordinarily good way to prepare kids for careers addressing the post-climate change world.”

Calkins is leading the project at the Port, in partnership with the Duwamish Valley Youth Corps and four local school districts. An advisory group of “industry, tribal, government, nonprofit, labor, education and youth leaders in the Puget Sound area,” helped develop the idea.

The project is enticing for the Port because it could bolster the maritime workforce. The Port, Calkins notes, is chartered as an economic development agency. “We are really about engendering economic growth,” he said. “For me, that mission is most fulfilled when we create great living-wage jobs.”

The high school will have a singular focus on preparing students for direct pathways into maritime trades, college, other professional degrees. “There’s no football team or marching band, there’s limited foreign language opportunities,” Calkins said. “You’re really devoting your budget and your faculty capacity to these maritime pathways.”

Academics would be science-based, personalized, project-based and strongly career-oriented, according to the Changing Tide feasibility report. It would also include education about maritime labor history, and how to join unions and their benefits.

The project takes inspiration from the Port Townsend school district, which weaves the maritime industry into the curriculum at all levels, culminating in opportunities for trade-oriented pathways for high schoolers, who can learn a maritime trade and get high school credit at the same time.

The experiential learning in Port Townsend is something of “a test lab for what might be happening in the Seattle area,” said Beattie of the Northwest Maritime Center, a Port Townsend-based nonprofit which helped the Port Townsend school district develop its curriculum and which will serve as an educational advisor for the new maritime high school.

“We have this motto up here in the Maritime Center: The sea is the most powerful teacher we know,” Beattie said. Not just for academic concepts, “but also in that deeper learning and character development and empowerment work that we all know is important, but often isn’t on standardized tests.”

To learn about other maritime educational models, representatives from the Port, schools and the Duwamish Valley community also toured the New York Harbor School, a maritime high school, and Fannie Lou Hamer Freedom High, a project-based high school in the South Bronx, which includes a program where students can learn to sail, build boats, and revitalize the waterway.

Calkins was struck by the New York Harbor School’s strong career preparation for students. “You got kids interested in the commercial diving program, working alongside kids who want to be a naval architect some day,” he said. It’s also a selective program, and Calkins hopes the future maritime high school in Seattle will be in-demand. “Our aspiration is to build that — to have to turn kids away, because it is such a great experience for them.”

The maritime high school will be administered by the Highline School District, and students from the Seattle, Tukwila, and Federal Way school districts will also have access to it, including funnel programs to encourage girls and students of color to enroll.

The Port’s role will be supporting curriculum development, sending professional engineers and experts to coach teachers, and otherwise support the school’s mission, said Calkins — essentially the role it plays for the Raisbeck Aviation High School in Tukwila. “Our goal is to shepherd this through its planning phase,” Calkins said.

Before conceptualizing a maritime high school, Calkins was struck by the success of the aviation industry in building a pipeline of workers through the Raisbeck Aviation High School — something the maritime industry, powerful though it is, struggles with.

“If Boeing is the whale in aviation, in maritime you’ve got a pod of dolphins, so you’ve really got to get them all going in the same direction,” Calkins said.

The plan is to enroll 400 to 500 students. The targeted start date of September 2022 was originally a year earlier, but was pushed back a year due to the impacts of coronavirus.

As the project develops, López wants to make sure it remains equitable. “I want this to be accessible to our communities of color, I want this to be accessible to our youth, low-income refugees, immigrants, to have the same opportunities that other students may have in other private schools,” she said. The Duwamish Valley community signed a community benefits commitment with the Port. “I think it’s about time for the Port of Seattle to be paying attention to the neighborhoods that they have been impacting the most,” Lopez said. “This could be a way to build a good relationship.”

Beattie of the Northwest Maritime Center said the school will need the strong support of the maritime industry and maritime nonprofits like his own. “I think socializing people to the potential opportunity of this vocational path is really a huge challenge,” he said. “It really has to broker authentic relationships with the community it’s situated in as well.”

Valdez said she knows students in the Duwamish Valley Youth Corps who are interested in maritime careers. “But some other students that haven’t been in the program, I’m not really quite sure if they would be interested or not,” she said.

Engaging the community so that the waterways feel important to them is part of the challenge, Beattie said. “This is a great opportunity, and it’s going to be as strong as they want it to be.”

Chetanya Robinson is a Seattle freelance journalist and an assistant editor at the International Examiner. He was born and raised in Seattle and earned a double major in journalism and Near Eastern languages from the University of Washington in 2016. His work has also appeared in Crosscut, the Seattle Weekly, KCTS9 Earthfix, Real Change News, The Seattle Globalist and more. He enjoys reporting on an eclectic variety of issues. You can find him on Twitter at @chetanyarobins. 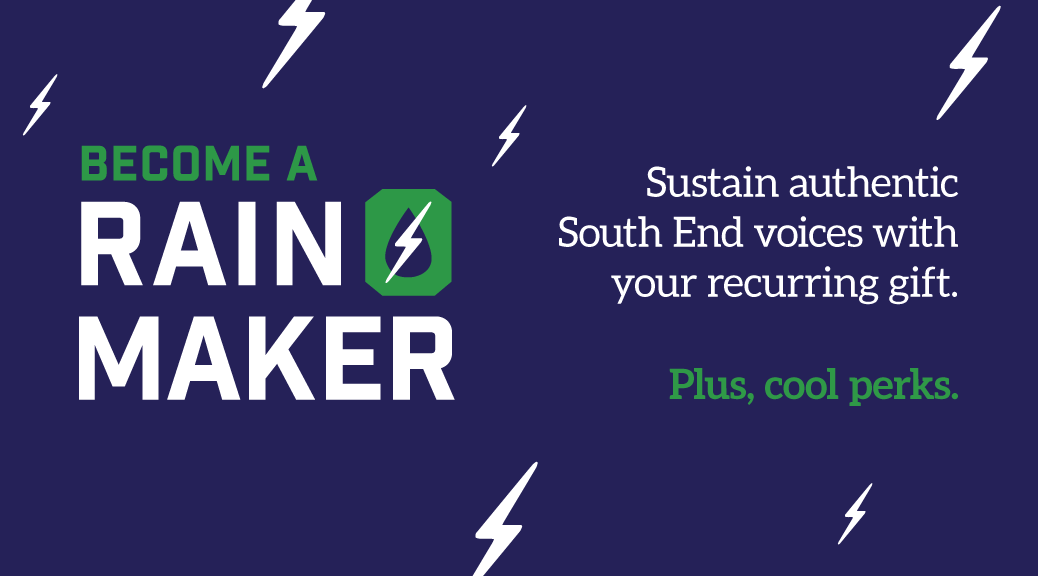