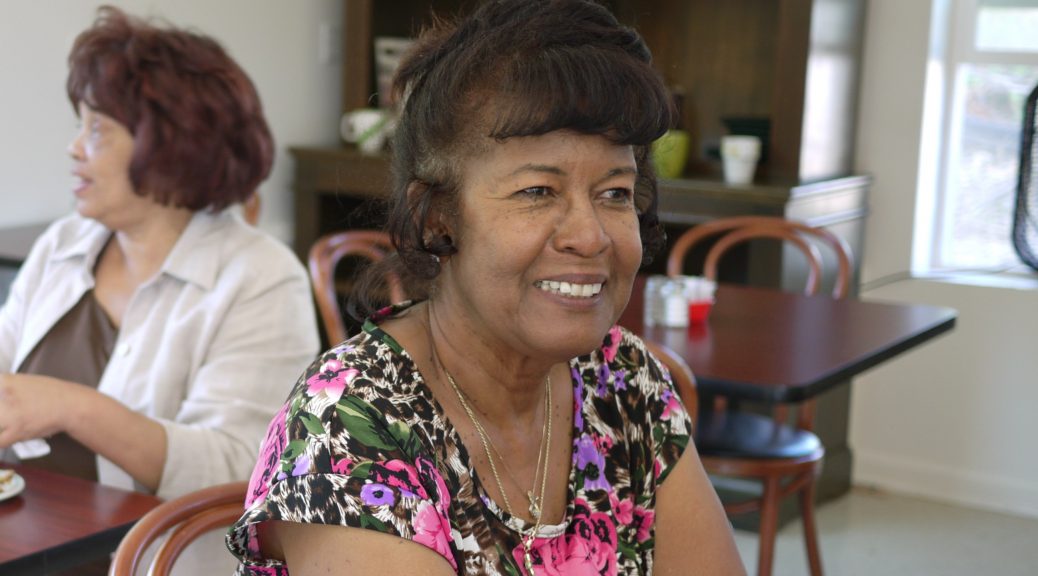 March 20 would have been Lottie Cross’ 78th birthday. Just days short of that milestone, Lottie passed away. She was a fixture of Seattle’s Black community and an inspiration to all who crossed her path.

Lottie was an evangelist for healthy food. As a deacon of the New Hope Baptist Church, she responded to the call from its pastor, Rev. Dr. Robert Jeffreys, Sr. After a long illness, doctors told the reverend he had to change his diet. He immediately sought a way to improve access to healthy food for the Black community, particularly in Seattle’s Central Area where many lived.

Jeffreys was the driving force behind Seattle’s Black Dollar Days, a campaign to support the community by buying from Black-owned businesses. So, it was not a stretch for him to lease a 23 acre farm in Duvall, Washington. This led to the creation of Clean Greens, a nonprofit organization. And that’s where Lottie came in.

She had worked on the Black Dollar Days and the Black Community Directory, so it was a low lift to become the volunteer executive director of Clean Greens, operating it alongside other church members. They were farming and organizing the community to better understand where food is grown and how it affects our health as well as sharing their bounty.

During harvest season, they sold their produce at three prominent locations: the Carolyn Downs Health Clinic at Odessa Brown Children’s Clinic, Harborview Medical Center and Walgreens on 23rd and Jackson. Under Lottie’s leadership, the farm produced some of the best produce – varieties most coveted for African American cuisine – including collard greens so large they would hardly fit into plastic grocery bags.

Lottie actually grew up on a farm in Louisiana and never forgot what that felt like: working the soil, watching the vegetables grow, harvesting, cooking and eating those delicious fresh foods. She also helped the community embrace its roots – good and oppressive – regarding the role of slaves in feeding the country from the fields and kitchens of the South.

Lottie talked about how much she loved farming in the podcast series, Shelf Life Stories about Seattle’s Central Area and what it was like when it was still THE hub of the African – American community. The podcast recently uploaded a beautiful tribute to Lottie for listeners to hear her story told in her words.

She also inspired a new generation of urban Black Farmers, including Nyema Clark of Nurturing Roots.

“When I met Lottie she and I instantly had a connection, our love for farming and our community made us like family,” said Clark, who farms out of the Black Power Epicenter in Beacon Hill.

In areas of the city many described as “healthy food” deserts, her impact is unquestioned, according to Ray Williams, a longtime friend and neighbor of Lottie’s.

“Her work with Clean Greens brought health food to folks in the city,” said Williams who worked with her on the Black Dollar Days campaigns.

Lottie will also be remembered for her day job. For over thirty years, she worked customer service for King County Metro and loved the interaction with her customers.

Happy Birthday, Lottie. And, thanks for making us healthier.