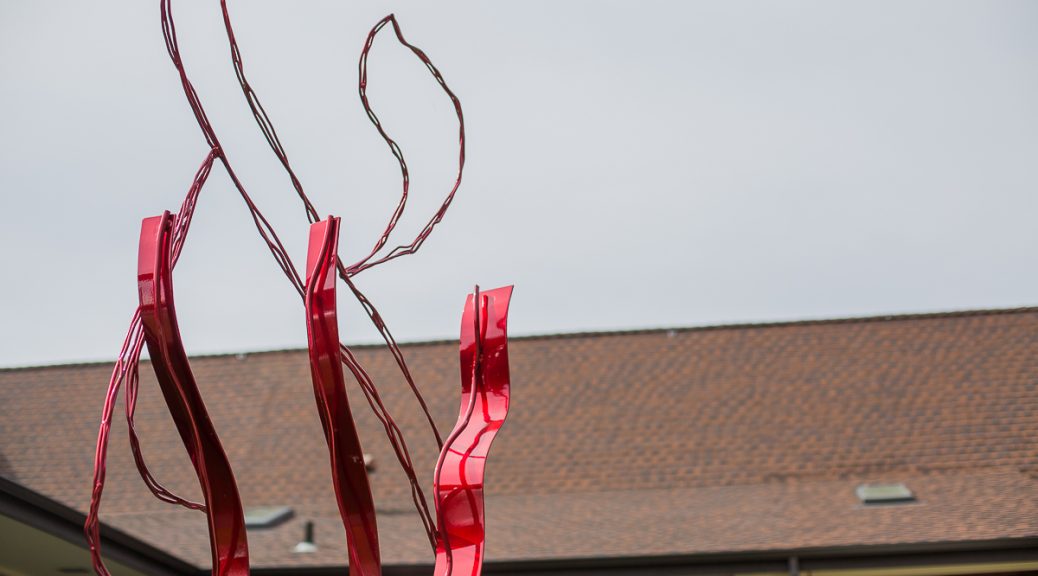 Every year, Karen Treiger and her husband gather together with their family from across the world to celebrate Passover. They all unite from as far away as Israel, and spend a little more than a week together, she said, eight days that begin with two huge Passover seders, the name for the holiday’s feasts. It’s usually a joyful, warm affair, filled with quality family time, and opportunities to catch up with one another in person.

But the global outbreak of COVID-19 has changed all that. This year, Passover, which begins April 8, will be a smaller, quieter affair. Familiar faces will be absent. They’ll still hide the afikomen, but it won’t be as much fun, without kids to look for it alongside adults. The couple will not get to see some of their own children and other family members. It’s just not safe. Still, Treiger counts herself lucky, because she has family in the area.

“It won’t just feel like me and my husband sitting at the tables by ourselves, which, I think, for some people, it will be. And that is going to be really hard,” she said.

Treiger and her husband attend Minyan Ohr Chadash, one of the five Orthodox Jewish synagogues in South Seattle’s Seward Park neighborhood. Treiger is the temple’s Vice President. She and her husband are Modern Orthodox Jews, which means that they keep Halacha, or Jewish law. Thus, the couple is among those Jews who acutely feel the impacts of the current COVID-19 restrictions and closures. As do many who observe Jewish law, the Treigers treat Passover, the holiday that celebrates the liberation of the Jewish people from slavery, as they do Shabbat. This means they do not use technology. They do not drive cars. They do not do anything that could be construed as work or creation. And because of this, they cannot hold virtual seders.

Rabbi Benjamin Hassan of the Seward Park-based Sephardic Bikur Holim Orthodox synagogue, his wife, and their four children plan to get around this by video calling his almost 70-year-old mother in Florida before and after their seder. The kids will sing her the Four Questions, he said, but it still won’t be the same.

“When we tell the story of Passover, it’s a trans-generational piece that connects the grandparents and grandchildren –– is part of the seder, is part of the very fabric,” he explained.

But this is not the only area the community is running into trouble, Hassan said. Because many have been laid off, following significant declines in revenue as a result of movement restrictions for public health and safety reasons, there is a greater need for food assistance –– and food that’s kosher for Passover isn’t cheap. While leaders from the temples in Seward Park recently congregated to figure out how to get food to people in need, Hassan said, the problem will remain after the holiday, too, as a viable vaccine for the virus is still anywhere from a year to 18 months away.

“We are trying to set up emergency funds. Normally, we help our poorest families at this time of year with grocery shopping for Passover, and now we’re extending that fund, because we know that there is going to be a greater need as people may be laid off,” he said.

Rabbi Yaakov Tanenbaum of the Orthodox Jewish Bikur Cholim-Machzikay Hadath Congregation in Seward Park said that the overall problem is compounded amongst the older Jews in the community who live alone. They will be completely isolated from their loved ones and their community this year, he said, which means they may have to figure out not only how to hold a Passover seder for one, but also how to safely get food.

He said the community is trying to help rectify this by actively reaching out to their older congregants to help them prepare as much as possible, before the holiday. Some are making regular phone calls to their older friends and neighbors; others are going shopping for them. The area’s synagogues are trying to coordinate with grocery stores, in order to get everyone what they need. But because of the unique and unprecedented situation, it’s a bit of a scramble.

“We are definitely trying to get and provide special Passover food,” Tanenbaum said. “We are still trying to figure out exactly everyone’s needs, and not just make it general.”

But for many, this feeling of isolation extends beyond just the Passover holiday. The Orthodox Jewish community in particular is tight-knit, its members living close enough to their synagogues to walk there for Friday night and Saturday morning services. These houses of worship are closed now, and the people who once walked side-by-side with their neighbors to and from services are now cloistered in their houses.

“Everybody is very sad. … Not only do we all walk to synagogue on Sabbath or a holiday, but also, on the Sabbath, there are two large meals we have. One is Friday night dinner, and then Saturday, after lunch, people go home and have a festive meal,” Teriger said. “We always have people at our table, and now, that is not going to happen.”

The COVID-19 restrictions also have serious spiritual implications, because certain prayers require a minyan, or a quorum of 10 men. Without a minyan, these prayers may not be recited. Among these prayers are the Amidah, the Kaddish, and the Barchu, three of the most important prayers in Judaism. The loss of the Kaddish is causing particular anguish within the community, Hassan said, because of the nature of the prayer.

“The Kaddish is often recited by mourners, in the memory of loved ones for a whole year, or on the anniversary on the days of passing. So, if we don’t have 10 Jewish men together, we are not able to say this prayer,” Hassan said. “It causes a lot of sadness for people, because that is one of the main ways that they remember their family members.”

The current health danger of gathering together a minyan is also affecting other areas of Orthodox Jewish life. Though rabbis may carry out virtual, online Torah study classes, during the week, they may not read directly from the Torah without a minyan. Wedding parties are also either greatly reduced to just 10 people, or off entirely, and bar and bat mitzvahs have been pushed out several months, as these rites of life all require minyans. Hassan said some Orthodox Jews are even questioning whether or not they are allowed to hold funerals, as these traditionally require minyans, too.

Amidst all this uncertainty, fear, and loneliness, though, rabbis are trying to help their congregants keep a sense of normalcy. In addition to holding virtual Torah study, as other rabbis are doing, Orthodox Congregation Ezra Bessaroth’s Rabbi Simon Benzaquen said that he is encouraging his congregation to all celebrate Shabbat at the same time every week. Even though they are physically apart, he said, there’s just something about the knowledge that everyone is praying together.

“There is something about it, everybody praying at the same time, even in a different places –– it somehow has a certain kind of effect, much better than just each one individual,” Benzaquen said. “We demonstrate to our congregants that it is very important to still be gathering our thoughts, that we should clearly direct our prayers at the same time as we usually do. So, that way, we do not detach. We are postponing, but looking forward somewhat, please God things get better, which we definitely hope. And we are sure it is going to get better.”