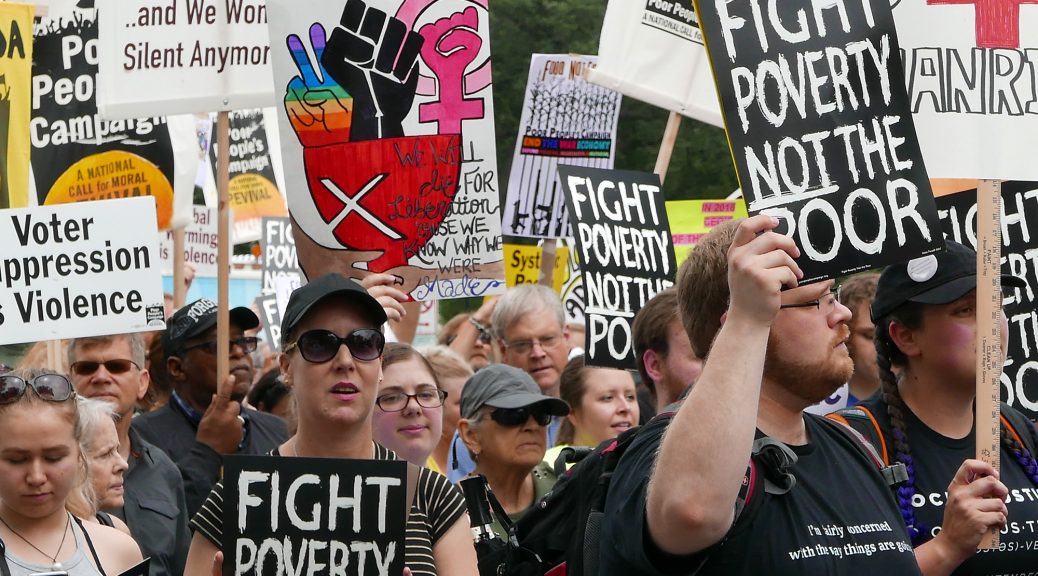 by Naomi Finkelstein and James Petersen

Long before the crisis of a pandemic, we were living with the crisis of poverty. Both Naomi and James were homeless starting when they were teenagers, and now they’re still struggling to survive.

Naomi, 56, of Seattle, grew up in the Bronx. They were thrown out of their house when their family learned they were queer. They lived on the streets for two years in squats and shelters. It’s the type of trauma that stays in a person’s body, they say.

James, 29, of Aberdeen left home about 10 years ago. He lived on friends’ couches and his brother’s apartment and even spent a year living in a tent.

Although James, his wife and two children are now together under the same roof, life is still hard. “I know I am fortunate,” he says. “But I’m still poor and my family still struggles to meet our basic needs.”

Homelessness was a problem in Seattle and King County long before COVID-19, which has only exacerbated the issue. One report says it would cost nearly $260 million in King County to open new spaces so people in shelters can stay 6 feet apart; to bring in everyone who’s living on the streets; and to isolate and quarantine anyone exhibiting symptoms.

We are two of the faces of the Poor People’s Campaign: A National Call for Moral Revival. The Campaign has given a voice and a face to the 140 million people in this country who live in poverty or low-wealth. This campaign has given us the strength to speak out because we want the nation to know that 2.5 million Washington residents – or 33% — are poor or low-income.

When Rev. William Barber and Rev. Liz Theoharis, co-chairs of the Poor People’s Campaign, talk about poverty, they are talking about us.

On March 26 the Campaign will hold a digital mass meeting called “Poverty Amidst Pandemic: Everybody’s Got a Right to Live” for Washington and three other states: Arkansas, Missouri and Kansas. They will also host a national digital event, originally planned as a mass march in Washington DC on June 20.

COVID-19 has only made life harder for the poor in Washington, which is one of the epicenters of both the illness and homelessness.  Almost 2,500 cases have been reported here and at least 125 people have died as of this writing.

Our spirits rise when Rev. Barber says that the Poor People’s Campaign made a “solemn pact that we won’t be silent anymore” and when Rev. Theoharis says that in this crisis “it is all the more important that the nation hears stories and solutions” from those who live in poverty and low-wealth.

Naomi lost their health insurance and paid over $15,000 trying to heal. They got on Social Security Disability Insurance but getting medical help and basic needs like wheelchairs has not been easy.

“Poor people are discounted,” they say. “And being poor and fat really makes people discount our pain and attribute everything to our weight.”

Now, they have diabetes. They have had pneumonia and nearly died from respiratory failure three times – all because they lacked access to proper healthcare. They are $8,500 in debt because of the spike in the cost of insulin.

James now works with Chaplains on the Harbor, helping to run its farm and shelter. And he’s been sober for two years.

But three years ago, he lost custody of his two children. He couldn’t get a job because of his criminal record.

“As a direct result of the type of the work that the Poor People’s Campaign seeks to accomplish, in partnership with groups like mine—Chaplains on the Harbor—I now have my family back home,” he says.

It upsets him to see all the money going toward new jails in his community when his neighborhood doesn’t have basics like walkable sidewalks. His neighborhood is surrounded by buildings that are all boarded up

“Those in power always try to divide us so that we will fail,” he says. “The saddest thing, to me, is when our local politicians talk like it’s ‘Aberdeen versus the homeless’ or ‘our city versus the homeless.’ Homeless people ARE a part of Aberdeen. The solution is not just wiping out people on the streets.”

Politicians talk as if homeless people are beyond redemption, James says. “But I am homeless, and I am not beyond redemption,” he says. “We are bodies and souls and worth saving. This is why I’m a part of the Poor People’s Campaign and marching.”

Naomi is fighting for a universal health care system that can be accessed without fear of its cost. “My people are in dire danger right now,” they say. “We don’t have what we need. But I’m gonna fight until we have a healthcare system that works, housing for all, ventilators, gloves and masks.  If I’m gonna die, let me die fighting for that.”

To watch and listen to the Poor People’s Campaign digital mass meeting on Thursday, March 26 at 5:30 pm, go here.