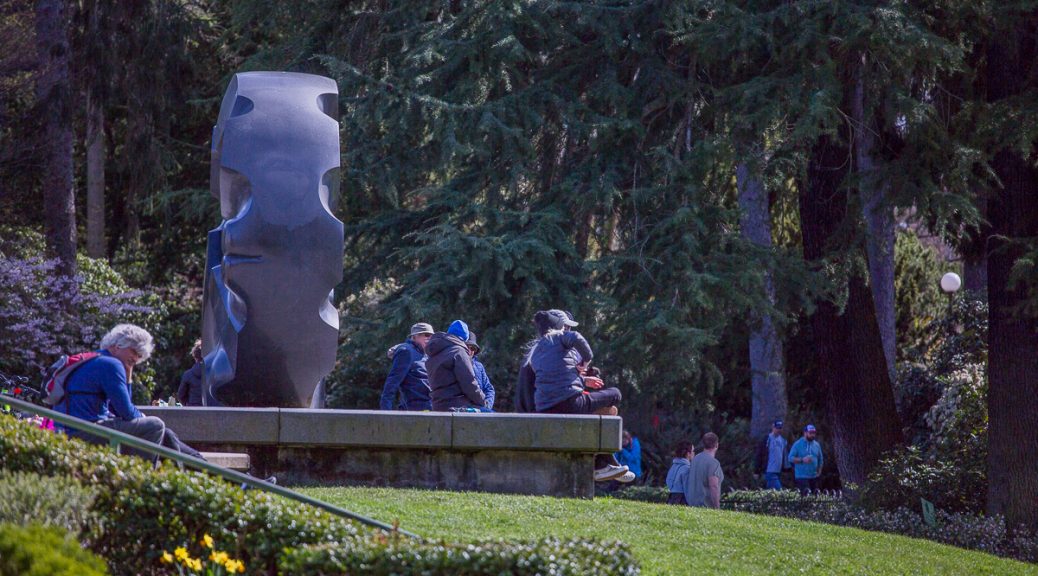 At a televised press conference on March 30, Inslee said that the data that has come in over the weekend has been “alarming.” The number of positive tests that have been coming in from counties surrounding King County, such as Skagit County, Adams County, and Island County have been two to three times higher than the week or so before.

Inslee attributes this to people going out too often on non-essential trips, thereby not following his stay-home order as well they should.

“One of the things I said the other day, and I actually believe it –– maybe not a bad idea to tape a photograph of a nurse who puts his or her life in jeopardy … on the dashboard of your car, and say, ‘Is this trip really necessary?’ Because when you do go out, to some degree, you are exposing yourself, either as a transmitter or as a potential victim,” Inslee said.

He also said that people should not be driving outside their normal communities. By way of example, he said, just the other day, Grey’s Harbor was “swamped,” and the small community is now asking people to stay away.

Inslee said there have been no final decisions made on whether or not to extend the current two-week stay-home order, but thinks it is “very highly likely” there will be further associated measures.

“We need to do what’s necessary so that we can get ahead of this, and not have this drag on for years,” he said.

According to the State Department of Health’s coronavirus webpage, as of March 28, there have been 4,896 total confirmed cases and 195 deaths from COVID-19 in the state.

Inslee also announced that Washingtonians now have a way to report non-essential businesses that are violating the current closures and restrictions meant to slow the spread of the novel coronavirus. As the Emerald reported earlier in the month, such a system was not originally in place.

Inslee said that if people believe businesses are violating the orders, they may visit the state’s this page to file a report. There are three tiers of escalation, following a complaint about a business, but the choice to escalate up to the state level is up to local law enforcement, Inslee said. He discouraged concerned citizens from calling 911, which should only be used for emergencies.

State Attorney General Ferguson spoke to this issue, too, and said that he would not hesitate to use the power of his office to enforce the business restrictions.

“Lives literally depend upon it. A nonessential business that refuses to close even after … a warning letter … is endangering public health,” Ferguson said.

Inslee also addressed the issue of a dearth of resources in Washington State to fight the virus, including test kits, ventilators, and personal protective equipment (PPE). He said that Washington State has the second-highest testing in the country per capita, but said that “we are way, way, way short in our testing capability, as is every state in the United States.”

“We do not have that equipment, and it is so dire that our State Department of Health had a fellow drive from Seattle to Spokane last week … to pick up 40 test kits and deliver them to Yakima, where there is an outbreak,” Inslee said.

He said the state is trying to solve this issue by manufacturing the appropriate kit materials and by increasing the amount of tests the laboratories can run. He also touched on the fact that the federal government has the ability to order manufacturers to make these kits, and noted that President Trump has ordered this for ventilators.

“This was a good decision, we were gratified by that decision. And now, a Bothell company, Ventec [Life Systems], is going to make these with General Motors,” Inslee said. “But we need a federal mobilization to make these test kits, and to make masks, and make gowns, and make visors.”

Inslee said Washington State isn’t waiting for the federal government, though. He said he talked with Dan Nordstrom, the CEO of Outdoor Research, which will now start producing masks and gowns in the 100,000-per-day range. He also said incarcerated individuals in the state will be making surgical gowns, but there is no local manufacturer to make test kits yet.

Though he didn’t commit to another field hospital like the one being built at CenturyLink Field for non-COVID-19-related patients, Inslee said the Army Corps of Engineers and retired Navy Vice Admiral Raquel Bono, whom Inslee tapped to head the state’s coronavirus response team, were looking at other places in the state. One of these places is the Astria Regional Medical Center in Yakima, Washington, which had been closed, after owner Astria Health filed for bankruptcy. KIMA News reported Astria Health filed a request with the U.S. Bankruptcy Court to reopen the facility so that it may be to be used for surge capacity COVID-19 patients.

Ferguson also spoke to the issue of some landlords trying to find ways around the statewide month-long moratorium on evictions, which Inslee issued on March 18, following Seattle Mayor Jenny Durkan’s moratorium issued on March 16. He said that landlords may be changing agreements or using other methods to evict tenants. He said any tenants facing this issue should contact his office for help, because what these landlords are doing is still illegal.