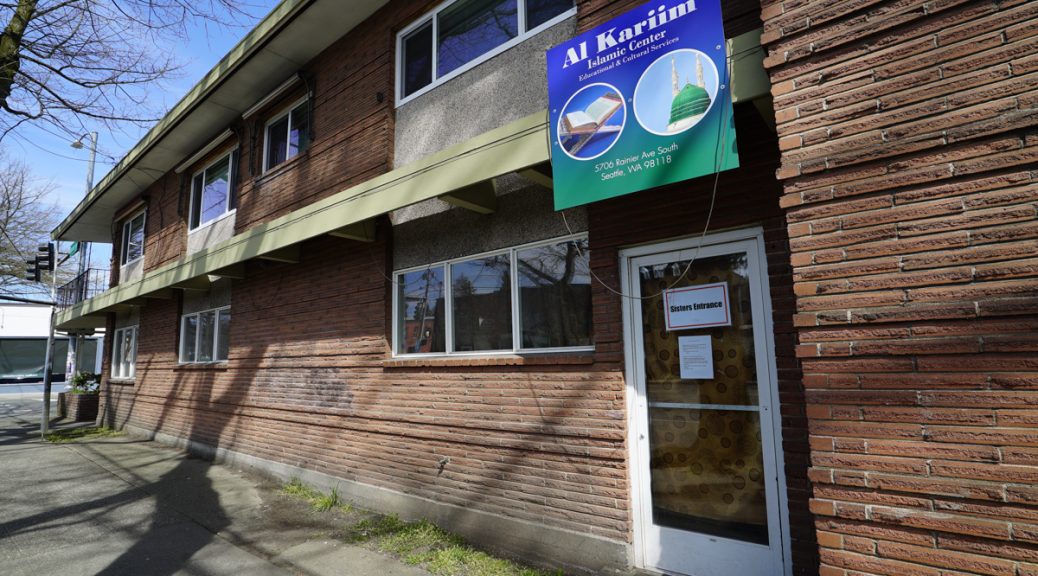 For Muslims, Christians, and Jews the month of April contains ancient religious holidays that would normally serve to pull family and community members closer together. This year, these holidays are wrapped in change as worshipers are compelled to spend more time apart.

“We’ve had services consistently, three times a day, everyday, since 1891. And now we don’t,” said Ari Hoffman, the Second Vice President of Bikur Cholim Machzikay Hadath synagogue. “For Seattle, this is the first time in our history we’ve ever had anything like this before.”

In addition to regular prayer meetings closing due to the coronavirus and social distancing measures, members of the Orthodox Jewish community that Hoffman is a part of are also having to spend the holiday of Passover apart from one another.

The Passover (or Pesach), which began on April 8 this year, commemorates the Hebrews’ freedom from slavery in Egypt and celebrates the moment the firstborn children of the Israelites were passed over and their lives spared. At the festival’s center is a meal known as the Seder, which consists of specific rituals around the story of the Jews’ deliverance.

Unlike other religious communities who are able to worship virtually, Orthodox Jews such as Hoffman abstain from using screens during certain days of the Passover and during the Sabbath. Connecting with the community has proven difficult this year, as some families have been unable to reunite, the synagogue is closed and worshiping virtually is not an option during the designated 72 hours.

For members of the Reform Jewish community such as Senior Rabbi Daniel Weiner of Temple De Hirsch Sinai, the Passover is more of a home-based holiday, centering around the Seder, where many families are able to connect and share meals using technology.

With synagogue services now held online, Weiner’s greatest concern is for his community and how to support them while being unable to reach out in ways that he normally would.

“At a time in which people really really need community, we’re unable to provide it in the way that we’re accustomed to providing it,” Weiner said. ”So what has been both a source of frustration but also a source of inspiration is that people have really resonated with the virtual community that we’re providing.”

Maintaining a sense of community support is also at the center of Fuad Mohamed’s mind as he anticipates the month of Ramadan. Executive director and imam at the Muslim American Society of White Center, Mohamed has been communicating with community members about the holiday, which begins April 23.

Ramadan commemorates the moment when God revealed Islam’s holy book, the Qur’an, to the Prophet Muhammad. An integral part of Ramadan is the act of fasting, which makes this holiday especially challenging if celebrated without a normal social support system.

“This is a time where you really need the community support to continue fasting, doing what you’re supposed to be doing,” Mohamed said. “It’s a tough month to be away from food and be away from drinking and you need that, you know, people doing it with you.”

For Mohamed and his community, the holiday normally consists of gathering every night and sharing a meal in order to break their fast, everyone eating a meal that has been donated to the mosque by members of the congregation.

While most of the celebration and rituals can be done online now, Mohamed has been planning how to deliver food to some members who are concerned they won’t have the resources to replace the meal they would normally eat at the mosque.

Rasheed Reno, President of the Seattle Chapter of the Ahmadiyya Muslim Community, is currently encouraging members to pray at home until the restrictions are lifted. Reno has also reached out to community members and elders in order to ensure they are safe and taken care of.

His prayer is that by the next holiday of Eid (which begins on May 23), some of the restrictions will be lifted and that at least smaller gatherings will be allowed.

Through Holy Week and in anticipation of Easter, the day Christians celebrate the resurrection of Jesus from the dead, Angela Ying, the Senior Pastor of Bethany United Church of Christ, has learned to be creative.

Palm Sunday, which commemorates when palm branches were laid on Jesus’ path as he entered Jerusalem before his crucifixion, occurred on April 5 this year. Ying told church members over Zoom that they should stare down at the palms of their hands and raise them in place of palm branches.

For the past five weeks, Ying has held Sunday services online and Easter will be no different. For the safety of her community, Ying has found herself thanking her congregation for not going to church.

“I thanked them for staying home. I’ve never shared that in my ministry,” Ying said with a laugh.