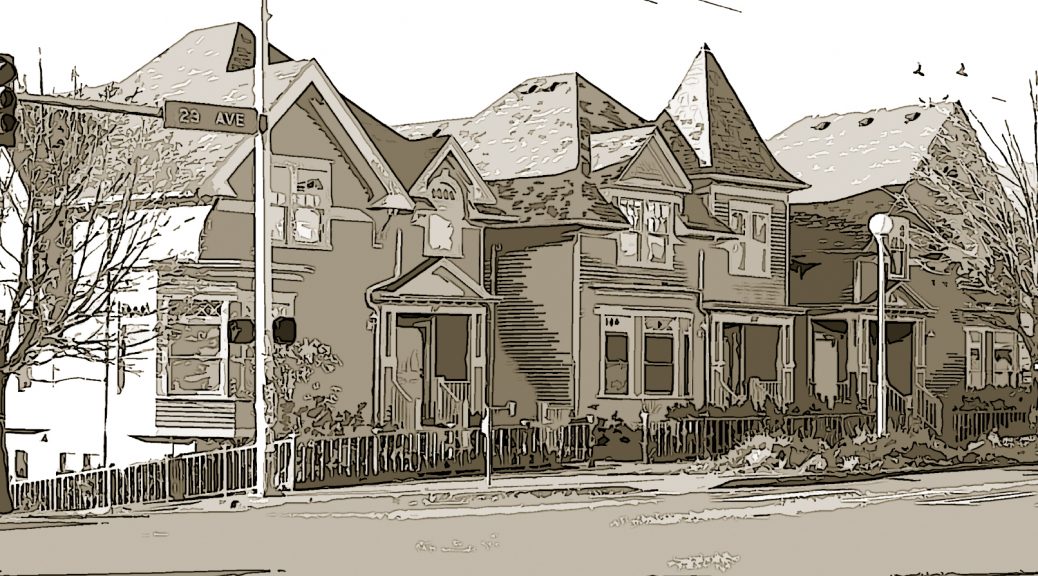 We Lived Here: Stories from Seattle’s Central Area documents the history of the Central District

Seattle’s historically diverse Central Area (also called the Central District or the CD) is being transformed by development and an influx of wealthier people — predominantly white people. Appropriately, there’s increasing effort to document what is being lost in our city, both in terms of history and community. “We Lived Here” is one of those efforts. It is mostly a straightforward collection of interviews of longtime CD residents, including Blacks, whites and Asian Americans, many of whom grew up there, some as long ago as the 1930s or 1940s. The list includes well-known Seattleites, including Elmer and Aaron Dixon, Bob Santos, DeCharlene Williams, Judge Richard Jones and Cecile Hanson.

In the memories of the oldest residents, the CD was remarkably multi-ethnic. There were people with Japanese, Chinese and Filipino ancestry, as well as a large Jewish community and the African Americans who would become the majority by the late 1960s. There was a reason for this, of course — many parts of the city excluded people of color, especially Black people, who in any case only started arriving in large numbers in Seattle in the 1940s; in addition, property values were low in the neighborhood, and it was possible for people of color to buy their houses, aided by a local credit union in the 1940s and the Black-owned Liberty Bank established in 1960. This in turn provided an unusual stability to the community.

A common thread in many interviews is the positive experience children had in the 1940s and 1950s growing up in a relatively integrated neighborhood. As former Black Panther leader Aaron Dixon puts it, “we had friends of all ethnicities … It was like a cocoon. We were almost protected from what was going on in the outside world.” Some interviewees recall their sadness as Japanese families around them were rounded up during World War II and sent to detention camps. Several of those interviewed said the formation of friendships across racial lines contributed to a reduced level of racial tension and repression in Seattle in the 1960s, as compared with most large U.S. cities.

There was racism, of course. Police still harassed young Black men and the neighborhoods closest to Lake Washington — generally east of 34th Avenue, in people’s memories — were all-white. They were kept that way by racial covenants. And while Black kids may have played with white kids on the street, they weren’t necessarily welcome in white homes, as Mona Lake Jones discovered one day when her white friend Karen brought her home to her mother: “‘Is this Mona? Is this whose house you’ve been playing at every day?’ And she jerked her [Karen] through the door and slammed the door.”

As the movement for civil rights grew in the 1960s, there was a major change in the makeup of the Central Area — first, because the Fair Housing Act made it possible for middle-class Black people to buy houses and move outside the area and, second, because perceived racial tension also caused many Asian American and white families to move to other neighborhoods. The movement of Black people across red-lining boundaries was not without resistance; one progressive white homeowner on the east side of 34th Avenue recalls his neighbors urging each other to “hold the line” by not selling to Black people. Fordie Ross, a lay leader in the Presbyterian Church, recalls that when his Madrona congregation was merged with a nearby white one, almost all the white parishioners went elsewhere.

Still, ties across ethnic and racial lines meant that even radical groups like the Black Panthers had supporters in other ethnic communities, including with a few people in government. Many of the interviewees recall knowing the Panther leadership as children — and, for those who did not support them, there was still a level of understanding. Many Japanese Americans contributed to the group, and Bob Santos, a Filipino American, gave them space to meet at a Catholic community center. The people interviewed also spoke of the positive programs the Panthers put together in Seattle, one even saying that the group had “shamed” the government into providing more social services.

Crowley’s 19 interviews, even edited, give a feel for the unvarnished opinions of Central Area residents. This lends a feeling of authenticity. Still, the book could benefit from a summary historical narrative and a timeline of major events to compare against the interviews. Also, knowing the ages of the interviewees would help in placing their stories in time. Crowley cautions that these are memories, and memories can sometimes be inaccurate.

It’s also clear that Crowley was not a dispassionate interviewer. Judging from her questions, she led the interviews in various ways — often, for example, citing another interviewee’s opinions about topics that interested her before asking a question. The number of stories also seems to fall off after the 1960s, though there is a notable interview with a hip-hop artist who grew up in the neighborhood in the 1990s.

Altogether, this is an interesting collection. It’s a series of snapshots from people’s memories — intriguing, but also raising questions about what else was happening during that time. It will likely spark readers to look for more information about this unique neighborhood.