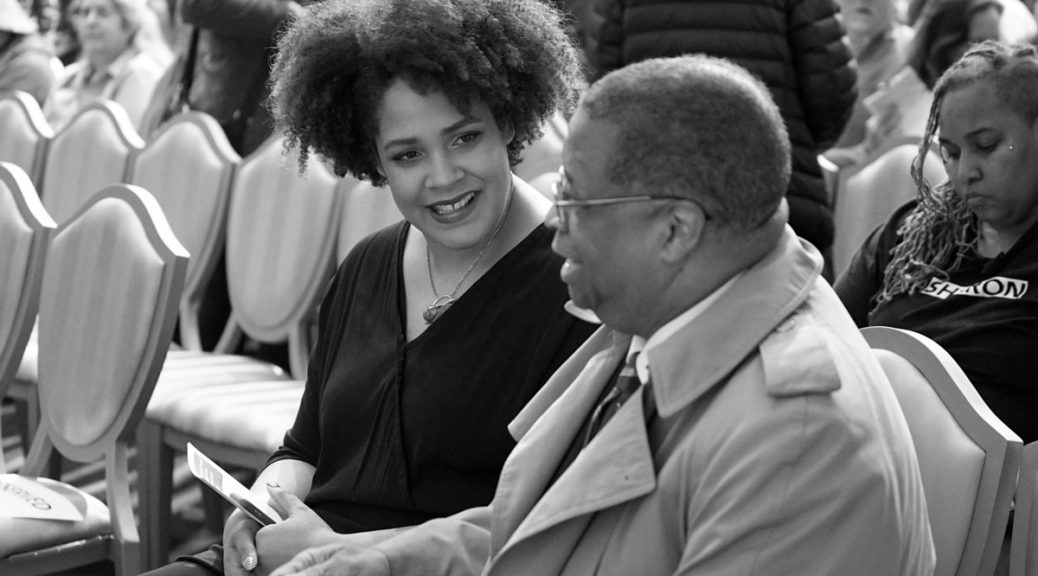 We planned to wait for ideal production conditions, but giving a platform to the voices who need it most can’t wait (and if John Legend can perform from his living room, why can’t we)! The South Seattle Emerald, in partnership with Town Hall Seattle, is pleased to present the debut episode from our pilot season of Life On the Margins. Every other week, Enrique Cerna, Jini Palmer, and Marcus Harrison Green will strive to empower, elevate, and amplify stories not just about marginalized communities, but from within, and alongside them. We hope you enjoy listening (Jini and Marcus’s mics are thankfully in the mail)!

In exploring how to grapple with the bias and stigma being unleashed during this crisis, we spoke with two people who have had to deal with it head on. We talk with former Washington State Gov. Gary Locke — who woke up last week to an inadvertent cameo in a Trump Campaign ad — as well as New York Times best-selling author Ijeoma Oluo about efforts to aid Seattle area artists and how we might curb the rise of racial bias during this trying time.

0:37 – Introducing the Life On The Margins Podcast

Gary Locke graduated from Seattle’s Franklin High School. He achieved the rank of Eagle Scout and is a recipient of the Distinguished Eagle Scout Award from the Boy Scouts of America. He attended Yale University, graduating with a Bachelor’s degree in political science and received his law degree from Boston University.

As Governor of Washington State (the first Chinese American to be elected governor in United States history and the first Asian American governor on the mainland), U.S. Secretary of Commerce, and most recently as America’s envoy to China, Gary Locke has been a leader in the areas of education, employment, trade, health care, human rights, immigration reform, privacy, and the environment.

Ijeoma Oluo is a Seattle-based writer, speaker, and Internet Yeller. She’s the author of the New York Times Best-Seller So You Want to Talk about Race, published in January by Seal Press. Named one of the The Root’s 100 Most Influential African Americans in 2017, one of the Most Influential People in Seattle by Seattle Magazine, one of the 50 Most Influential Women in Seattle by Seattle Met, and winner of the 2018 Feminist Humanist Award by the American Humanist Society, Oluo’s work focuses primarily on issues of race and identity, feminism, social and mental health, social justice, the arts, and personal essay. Her writing has been featured in The Washington Post, NBC News, Elle Magazine, TIME, The Stranger, and the Guardian, among other outlets.