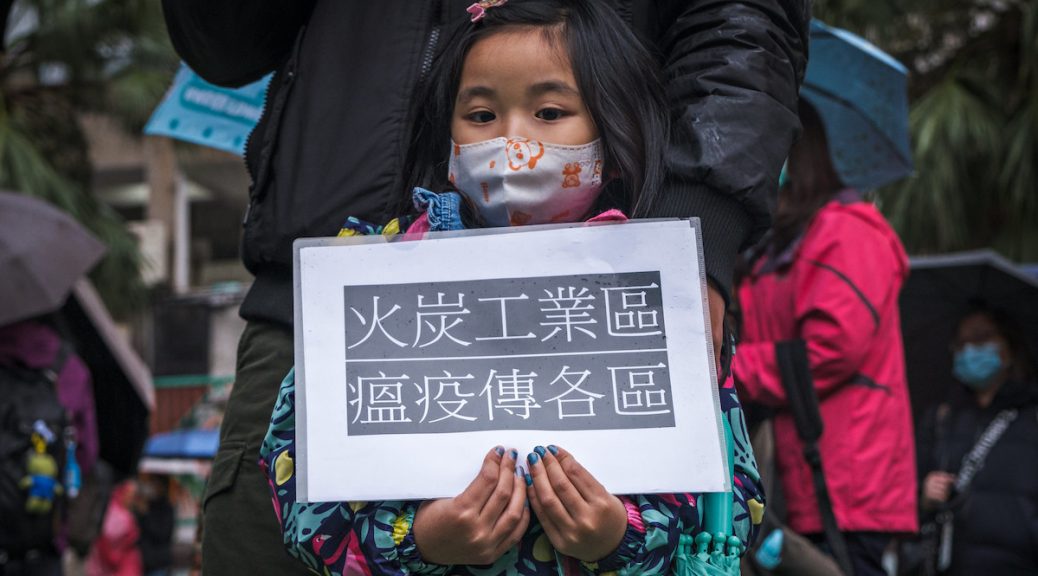 In late February, I was at the Honolulu International Airport, flying back to Seattle. I immediately noticed crowds of people wearing blue face masks, and caught an eerie feeling.

That’s when I learned about the coronavirus, a highly contagious virus first seen in Wuhan, China. It was killing thousands of people there and strict restrictions were being put into place to prevent it from spreading throughout their country.

With the close international relationship between China and the state of Hawaii, people at the Honolulu airport were taking precautions to protect themselves. I stood in line at the security checkpoint, gave my driver’s license to the white TSA guard, and spoke loudly and clearly enough to signal to her that English was my first language.

“I am kind of scared,” she whispered.

“I am getting really paranoid from seeing all those face masks,” I responded.

She glanced around, “I am being a little racist, too,” she admitted. “When I see a passport from China, I am like this,” and she leaned back in her seat, with eyes wide open, two hands up in the air, as if trying to avoid touching an imaginary passport.

When I returned to Seattle I felt anxious because the number of infections and deaths gradually had increased. As President Trump fixated on calling the virus, “China Virus,” instead of the coronavirus, I suddenly became more visible in my community. People’s reactions towards me changed dramatically, even before social distancing guidelines were enforced. When I walked down my street, my neighbors immediately crossed it, walked out of my way, or held onto their children. When I picked up my order at the drive thru, service workers flung food at me. When I bought groceries from the store, clerks and even customers told me where to stand in line and cleaned the keypads quickly after my purchases.

What changed the most, however, was the look in people’s eyes. When I looked into people’s eyes, they peered back at me angrily. People were angry at me, I believe, because they perceived me as a visible threat to their health and safety.

In Seattle, increased anti-Asian bias, discrimination, and hate crimes were being reported. An employee in the Seattle Public Schools told me that anti-bias lessons were delivered to all students because they were saying, “they did not want to get the coronavirus” from Asian American students. In Seattle’s International District, news sources reported that restaurants lost 50 percent or more of their business and some even closed their doors altogether. Some Asian restaurants were vandalized and graffitied with hate speech. News sources reported anti-Asian hate crimes were increasing, becoming more violent, and spreading throughout the globe. For example, someone stabbed a 2-year-old and 6-year-old in Midland, Texas, because he believed the toddler and child were Chinese. Trump’s response to the COVID-19 pandemic continues to make Asian Americans visible targets for racism and hate.

As an Asian Pacific Islander American male, who is also an educator in the Seattle Public Schools and father of two multiracial children, I admittedly feel fearful for my and my family’s health and safety because of the anti-Asian racism associated with the COVID-19 pandemic. Yet I also understand that, while I cannot control how people will treat us, we can still choose how to respond to them. I learned how to respond to my current reality by practicing consciousness-raising by unpacking the sociopolitical aspects of anti-Asian racism. Coined by Paulo Freire, consciousness-raising (conscientization), helped me understand what to think and even how to feel during this difficult time for Asian Americans. Thus far, here is what I discovered:

Anti-Asian Racism Is Being Perpetuated

All People of Color Experience Racism in America

As a racial group, Asian Pacific Islanders and/or Asian Pacific Islander Americans are clumped together in a large, singular group in America. Thus, the fact that I am Filipino/Okinawan (Japanese)-American, as opposed to Chinese or Chinese American, does not matter to people who commit anti-Asian racist acts. Additionally, the fact that I was born and raised in the United States and speak English proficiently also does not matter to people who commit anti-Asian racist acts. In the U.S., when one Asian subgroup is being targeted by racism, all Asian Pacific Islander subgroups are put at risk for anti-Asian racism. I also discovered that being a visible threat is a shared experience with other non-white racial subgroups. Historically, and even more so during the Trump administration, African Americans, Latinx Americans, Native Americans, Pacific Islander Americans and even other religious groups such as Muslims have all been seen as visible threats, dehumanized, and directly deprived of their human rights in America.

We Can Resist Various Forms of COVID-19 Racism

However, we can find ways to resist various forms of racism during this viral pandemic. We can explicitly reject assimilation as the COVID-19 virus has nothing to do with race, culture, and/or ethnicity. Unlike Andrew Yang’s suggestion for Asian Americans to demonstrate their patriotism by “show[ing] Americanness” and “wearing red, white, and blue,” I instead present myself according to my own cultural standards as opposed to standards defined by white supremacy. We can show our ‘Americanness’ by building solidarity with other racial/ethnic subgroups and advocating for racial justice. We can support the Asian American community. As Asian businesses continue to struggle, I purposely shop at our food markets and stores, purchase take-out food from Asian restaurants, and/or participate on the Support the ID Facebook page.

We can support the African American community. As reports show, after generations of substandard health treatment and opportunity African Americans are disproportionately affected by COVID-19 infections and deaths. I educate our school district staff on anti-Blackness, advocate for system changes, and collaborate with teams to directly support students of color and their families.

Lastly, we can find courage over fear in the face of anti-Asian racism. As an Asian Pacific Islander American, my most important action has been to show up in public and/or online spaces, kindly and truthfully interact with others, and intentionally share my story to shatter stereotypes, encourage compassion, and restore humanity back to my community and, most of all, America.

Consciousness-raising can teach us how to respond to the anti-Asian racism during this time in our society by helping us acknowledge racism, build solidarity with others, and continue to find ways to fight racism for communities of color. As the Trump administration continues to uphold white supremacy, consciousness-raising will be an important tool for everyone to develop and/or practice to advance racial justice in America.

One thought on “Consciousness-Raising: Learning How to Respond to Anti-Asian Racism”