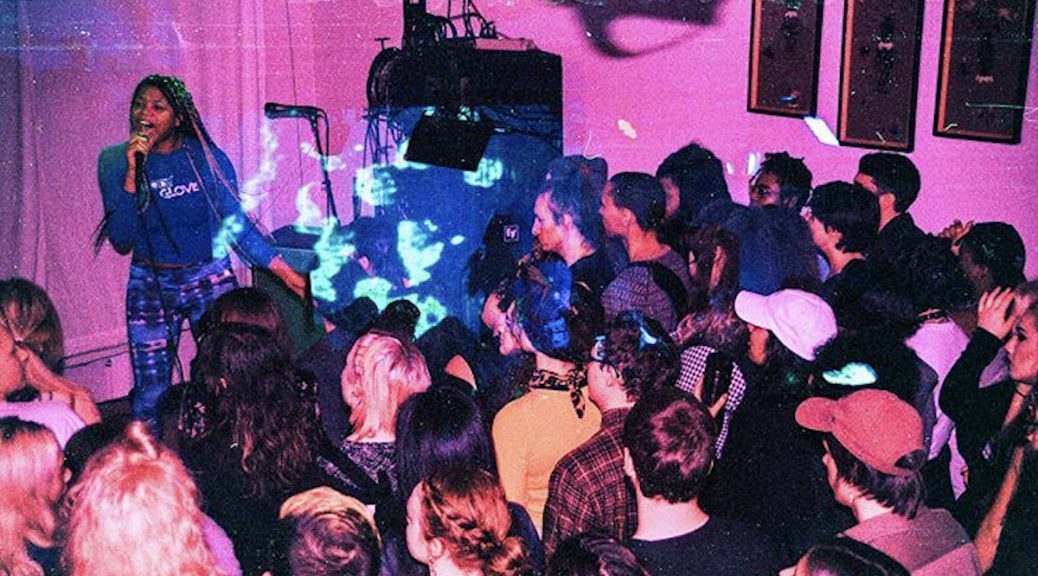 by Vivian Hua and Harley Rose

Keeping a DIY space open has always been a struggle, long before the very real threat that is COVID-19 left many tight-knit community spaces closed. A DIY space, in this instance, can refer to any venue or gallery utilized by a community to maintain a cultural significance. Now, because of their informal and unincorporated nature, many have been left without access to relief funding. Memorable spaces such as Healthy Times Fun Club, Atlas Clothing, and Cockpit were able to thrive for a period of time, but such small clubs have primarily thrived off of volunteer time, event proceeds, and member donations.

With venues swallowing mass deficits constructed by social distancing, local all-ages venue The Vera Project decided to pioneer a Do it Yourself Community Coalition (DIYCC), to form a stronger bond among small venues affected by mass cancellations of programming.

In a time where community mutual aid is vital, this coalition is working in conjunction with Vera staff to launch Live From Our Living Rooms: A Virtual Benefit to put relief funding directly into the hands of DIY venues. Notable acts include Kimya Dawson, Jeff Rosenstock, and Sassyblack, among an array of other local and non-local performers, to be livestreamed April 24, 2020 on Facebook, Instagram and YouTube. The grassroots virtual festival aims to raise $25,000 and put money into the hands of struggling DIY spaces.

“Live from our Living Rooms is about lifting up the collaborative, community-driven music and arts spaces that make our entire cultural ecosystem possible,” explains event organizer and Vera’s Interim Executive Director Ricky Graboski. Any person with internet access is invited to support the day-long showcase, which will feature what Graboski describes as, “a telethon-style mix of music, art, educational workshops, and guest speakers. 100% of proceeds from the DIY Community Relief fund will go toward sustaining young people and community centers disproportionately impacted by COVID-19, with a special focus on those that do not qualify for formal institutional support.”

“DIY spaces are … a place for challenging, non-commercial art that exists outside of the margins of the music industry. It is where people are allowed to create for the sake of creating, without worrying about filling a room or selling liquor … ” explains local musician Tomo Nakayama, one of the event’s performers. “Because most of these places exist on an unofficial, grassroots level, what little safety nets we do have in place for traditional venues and small businesses do not exist for them.”

DIYCC member, KEXP employee, and local organizer Sharlese Metcalf notes, “With our local economy feeling the brunt of being shut down, you are hearing about the different music venues and spaces that [are] no longer open. But the voice of the DIY community wasn’t being considered,” especially in terms of relief from financial burden, she observes.

“A key benefit to so many of these vital community spaces is their existence outside of profit,” adds Graboski. “If we want to save our spaces and have a community and culture to come back to after this pandemic, we’ve got to raise a hell of a lot of money and, as always, do it ourselves, together.”

The unconventional terms of COVID-19 quarantine create a unique climate that allows DIY spaces to cast a net that can reach further than any enclosed space. Between musical performances featured in Live From Our Living Rooms, this public-access-television style stream will be peppered with informative videos designed to “walk” viewers through upwards of 25 participating spaces, giving the public a chance to see the positive impacts of DIY venues and galleries affiliated with the DIYCC. These include but are not limited to Seattle staples from across the city and beyond, such as Cafe Red, Blue Cone Studios, Black Lodge, Greenwood Arts Collective, Vermillion Art Gallery, Push/Pull, Studio Current, Lookout Arts Quarry, and Woodland Theater.

“One of my biggest concerns in the last few years in Seattle has been the return of this oppressive feeling that existed during the Teen Dance Ordinance days. After the T.D.O. was lifted, Seattle had a massive resurgence of all-ages show spaces,” says Clyde Petersen, a local musician, filmmaker, and co-collaborator in Fremont’s Woodland Theatre, reflecting on the role of government in cultural spaces. “It was an incredible experience to be able to suddenly see all of these bands I loved, that had until then been restricted to the 21+ crowd. … These were pre-internet years, and going to shows was where you found your friends, the freaks and weirdos and unpopular kids. You could spend the whole week in high school feeling like crap, hiding who you were, but then you’d go out to a show and find all the queer kids dancing together and for four hours of your week, you wouldn’t feel so alone.”

Seattle artist Lisa Prank, who will also be performing in the event, attributes much of her creative roots to DIY venues. “Seeing shows at warehouses and houses when I was a teenager was the thing that made me feel like I had permission to get onstage,” she explains.

Jesiah Wurtz, co- owner of Cafe Red in Rainier Valley, says, “DIY venues need visibility since the work of these venues often occurs in the background of the artists who use them as a platform. It’s easy to forget about the significance and relevance of DIY spaces in the midst of everything else happening.” Despite the venue being closed due to the temporary social distancing mandate, Wurtz is illustrating his continued dedication to community by collaborating with Chef Ariel Bangs to distribute free food boxes to families in need.

While Live from our Living Rooms is a first step to supporting DIY venues across the state, Graboski hopes the DIY Community Relief Fund and the connected coalition can continue for as long as needed. “In the meantime,” he says, “we’re just going to keep putting on fundraisers and advocating for broader support until we have enough cash for us all to make it through this.”

Metcalf adds that though the struggle to stay afloat is real, “The future in our city is bright.” Together, she observes, there is a chance to find some refuge “in the pockets of our creative economy coming together to support one another.”

Live From Our Living Rooms will take place April 24, 2020 from 7–10 p.m. In keeping with its inclusive mission, the virtual concert is not bound by city limits, and will include Bellingham’s Alternative Library and Make.Shift Art Space, as well as Tacoma record store, Jankuland.

To find out more about participating venues and musicians, or to contribute to the cause, please visit any of the following links:

Beginning tomorrow, April 24, at 7 p.m., tune in for Live From Our Living Rooms via live video stream on the Vera Project’s YouTube page: https://bit.ly/VeraYoutube.

Vivian Hua (華婷婷) is a writer, filmmaker, and organizer with semi-nomadic tendencies. As the Executive Director of Northwest Film Forum in Seattle and Editor-in-Chief of the interdisciplinary arts publication, REDEFINE, much of her work unifies her metaphysical interests with her belief that art can positively transform the self and society. She regularly shares stories of observations through her storytelling newsletter, RAMBLIN’ WITH VEE! and is a Co-Founder of the civil rights film series, The Seventh Art Stand. In 2018, she released her narrative short film, Searching Skies–which touches on the controversial topic of Syrian refugee resettlement in the United States–and in 2020, she will begin production on a comedic Asian-American series entitled Reckless Spirits. She is passionate about researching efforts to preserve cultural space and finding ways to covertly and overtly disrupt oppressive structures.

Harley Rose (they/them) is one-third of the installation media concept Satur8r, a local all-ages event organizer, as well as freelance model and writer. They have written poems, articles, or copy for Amplifier, The Seattle Collegian, Capitol Hill Blog in addition to having modelled photos featured in Vice, Paper Journal Mag, and Seattle’s The Stranger. Harley has been involved with local all-ages art and music for upwards of 15 years, working with Bellevue teen center Ground Zero, Bellingham’s Make.Shift Art Space, and most recently with Kame House 206. Harley is passionate about housing equity, intersectional social issues, and all-ages artistic expression.