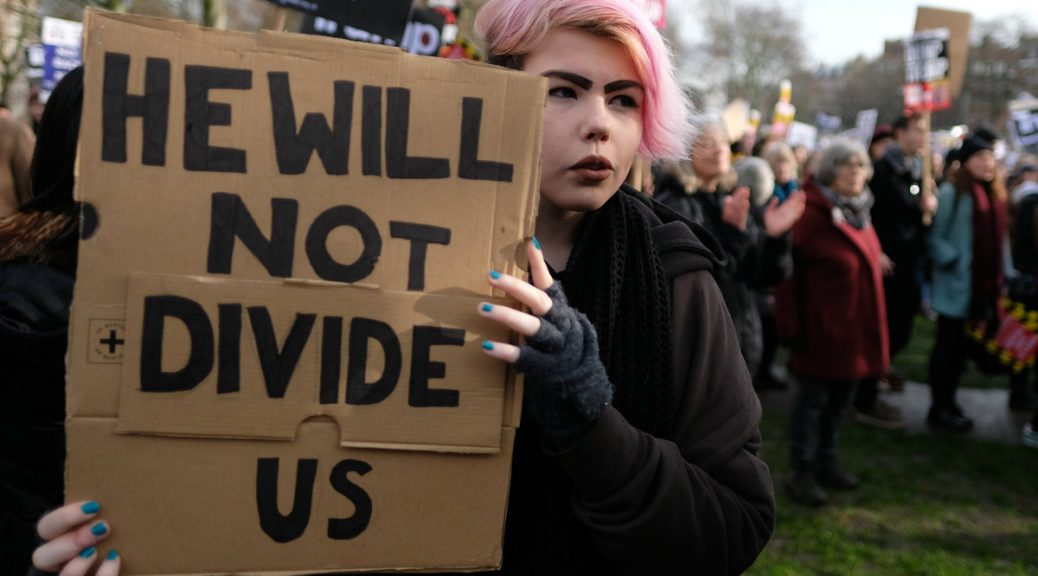 We are living in an unprecedented crisis. We know this moment calls on all of us to go all in for all of us so that we can all be safe and healthy. And we also know that COVID-19 is harming black and brown communities, including immigrants, at higher rates, due to deep underlying inequities in our society.

An unprecedented crisis calls for competent leadership, especially in the White House. Unfortunately, that’s something we don’t have. A confusing and confused response to the pandemic has made the crisis worse, and the president is agitating for states to reopen their economies in a manner that contradicts his own talking points.

Anyone who uses this health crisis to divide Americans and scapegoat immigrants undermines everything we need to do to keep each other safe in the face of this pandemic. Politicians like Donald Trump are blowing a smokescreen to divert attention from their own failures by whipping up resentment and fear of immigrants, scapegoating our communities with xenophobic attacks. Unfortunately, these policies have real consequences.

The new ‘immigration ban’ signed by the president last week restricts immigrant visas and green cards to folks abroad who wish to immigrate to the U.S. The ban is initially set for 60 days, and it may be extended. This ban on legal immigration follows on the administration’s decision to halt refugee resettlement earlier in the crisis. And it follows on three years of policy changes that have eviscerated our asylum system.

There are some exceptions to the ban, including spouses and children of U.S. Citizens, physicians, nurses and other healthcare professionals and wealthy immigrant investors. But that’s no solace for the tens of thousands U.S. citizens and permanent residents who are separated from their loved ones overseas and must now put their plans to reunite their families on hold.

The administration’s stated reason for the ban is to reduce strain to the healthcare market, protect the American worker, and to help folks retain their jobs, especially African Americans, the disabled, and lower income workers at the margins. But we know that’s a false narrative.

Immigration hardliners, nativists and xenophobes are using this crisis to enact policies they’ve sought to implement for years, and the president is seeking to shore up support in his nativist base to counter his falling poll numbers. Once again, Trump is attempting to divide black and brown voters and voters on the margin against immigrants by recycling age-old stereotypes about immigrants stealing jobs. But that’s not true, and jobs are not a zero-sum game. Adding new residents to our country creates jobs, and economic models show that time and again. The rampant inequality that Trump’s policies are fueling is what’s keeping communities down.

The very people that Trump is now excluding are the same people serving all of us as “essential workers.” It’s a loaded term. Many of them are immigrant and native-born workers, typically working on an hourly basis or in the fields, in warehouses or in grocery stores. Because they can’t afford not to work, they are risking exposure to COVID-19 in order to minimize the impact of the crisis on those of us who can work from home. These workers are the frontline heroes we need right now, and it’s up to us to make sure we have their back.

Let’s make sure we don’t fall for the smokescreen. This is a time to come together across the differences too often used to divide us. We all need to stay healthy and safe. We all need to call blatantly racist and xenophobic attacks on our communities what they are when we see them. We will need each other to make it through the economic crisis we’re in. And we’ll need to draw on all of us to muster the vision we’ll need to shape a recovery toward a more resilient, more equitable economy.

Rich Stolz has been OneAmerica’s executive director since 2012. Born in Seoul, South Korea, he understands the need to organize, advocate and engage on behalf of immigrants and their families. He has dedicated his career to social justice and immigrant rights and was honored by President Obama as a Cesar Chavez Champion for Change. Follow him on Twitter @rstolz11.