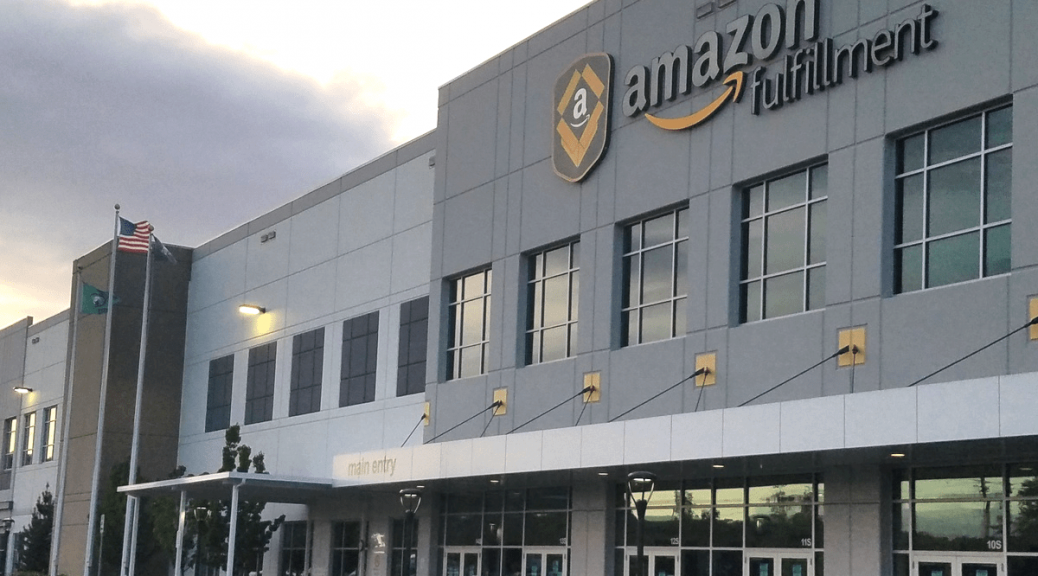 Amazon’s culture of silencing workers has recently been making noise.

At least five workers at an Amazon distribution warehouse known as BFI4 in Kent, Washington have likely been infected with the novel coronavirus, and warehouse employees live in fear of firings if they speak out, current and former employees told the Emerald in a series of interviews.

The warehouse employs some 2,000 people who sort and package items for shipping throughout the Puget Sound region. BFI4 employees say they began raising concerns about lack of COVID-19 safety precautions in early March, but Amazon, whose stock is surging during the pandemic because of increases in online orders, didn’t begin visibly implementing new procedures until weeks later, after publicly acknowledging one positive coronavirus test at the plant.

Through a spokesperson, Amazon refused to confirm or deny whether there have been additional cases of COVID-19 at its BFI4 warehouse.

But one employee, who asked to remain anonymous, told the Emerald that at least five people at BFI4 have come down with COVID-19, citing internal HR messages that have circulated inside.

Other current workers told the Emerald they were afraid to go on record criticizing the conditions for fear of retaliation.

Lindzey Williams worked at BFI6, at the time an Amazon Fresh warehouse, in the summer of 2019 before moving to Eureka, California, where she works for the local school district as an attendance retention specialist. Williams described a cut-throat atmosphere where workers compete for $5 Amazon gift cards, offered as incentives for productivity. She said they are often won by the young, the quickest, or those tall enough to easily pick items off the higher shelves, and that Adderall usage was rampant.

“They would post everyone’s pick rates on the exit door for each corridor,” Williams said, “and if you fell behind the pace, “[managers] would come find you and tell you, ‘You’re on the verge of being sent home. Pick up the pace.’”

Williams said two 10-minute breaks and an unpaid 30-minute lunch break, across one 10-hour shift, were insufficient, describing colleagues who needed to hustle to recoup lost time after going to the bathroom.

In one incident last summer, she said she found a colleague named Joaquin on the ground near a deep freezer and performed CPR on him in the 15 minutes before emergency medics arrived, despite managers (who were standing around on their computers) telling her to go back to work.

“[Then] they wanted to put me right back in the midst of everything, and I just said, ‘‘I’m a little shaken up you guys. It’s 6:00 in the morning, and my adrenaline is full.’” she said. “We’re not robots. We’re human.”

For its part, Amazon says it treats its workers fairly and notes that it has increased pay for all warehouse workers during the pandemic by $2 per hour and doubled overtime pay. “Our employees are heroes fighting for their communities and helping people get critical items they need in this crisis,” an Amazon PR spokesperson said to the Emerald.

Danilo Aguilar, a picker at Amazon BFI4 who’s originally from Ecuador and recently moved to Washington from California, says that the buzzing devices worn on their wrists used to push workers to keep up their pick rates are now being used to aggressively push coronavirus messages. “They send you a lot of messages about COVID, and also they monitor what you’re working on,” said Aguilar. “Every time they’re asking questions. If you’ve washed your hands. Every time it’s like a survey: How are you, are you having meetings today? Are you washing your hands? Are you able to be more than six feet from other people?”

But Amazon seems to be liberally enforcing its own social distancing measures to justify firing Amazon workers who’ve been organizing. Christian Smalls, formerly a supervisor at a distribution center in New York State, organized a walkout of 15 employees, which drew national attention to the slow implementation of coronavirus precautions. He was promptly fired for violating the same health policies he was advocating for.

In addition, two Seattle-based employees in the company’s corporate offices, Maren Costa and Emily Cunningham, organizers behind Amazon Employees for Climate Justice (AECJ), were fired in April for circulating an email internally at Amazon calling for more coronavirus protections for warehouse workers. Costa, speaking to the Emerald, noted that management justified her firing under a widely ignored company policy against promoting solicitation from outside groups. “Basically that means you could be fired for trying to sell Girl Scout cookies to your colleagues,” Costa said in a phone interview.

There has been a building national response to Amazon’s heavy-handed approach to silencing workers regarding its coronavirus response. On April 24, Costa and Cunningham organized a “sick-out” by tech and corporate Amazon employees on April 24 in which more than 500 Amazon employees participated. AECJ hosted a live stream forum on YouTube drawing attention to warehouse workers’ rights, with an impressive lineup that included AFL-CIO president Richard Trumka, social analyst Naomi Klein and economist Robert Reich. A nationwide May Day labor protest on Friday, May 1 followed, drawing attention to essential workers and their working conditions at Amazon, Instacart, and Target. And this past Monday saw Tim Bray, a vice president of Amazon Web Services, resigned, citing Amazon’s recent spate of activist firings and “a vein of toxicity running through the company culture.”

Nicole Grant, Executive Secretary-Treasurer of MLK Labor in Seattle was a guest on the video stream that took place on April 24. Grant told the Emerald that Amazon is aggressively fighting unionization and failing its workers by not offering paid sick leave, guaranteed health insurance and making the coronavirus wage increase permanent for warehouse employees. “They’re basically risking their lives as frontline workers, working in probably some of the largest gatherings in the country right now,” notes Grant. “Hundreds of people side by side in a warehouse at once. Amazon has repeatedly withheld information, lied to workers, and put them in harm’s way. People are organizing for their lives.”

Read Amazon Employees for Climate Justice’s call for Amazon to rehire workers fired for speaking out and to improve working conditions for its warehouse workers here.

Andrew Engelson is a freelance writer and editor based in Seattle and the founding editor of Cascadia Magazine. For six years he was editor of Washington Trails magazine, and prior to that he worked as an arts reporter for Seattle Weekly. As a freelance journalist and writer, he’s written hundreds of articles for the Seattle Post-Intelligencer, the Seattle Times, Tin House, Publishers Weekly, Washington Law & Politics, Super Lawyers, Backpacker, Yes! Magazine, American Bookseller, Northwest Runner, and many other publications. Andrew was born in Bremerton, Washington and has lived most of his life in Cascadia, with stints in Vietnam and Switzerland.

Ari Robin McKenna lives and writes in Dunlap (just north of Rainier Beach). He is currently pitching a a novella entitled, “On a Moonlit Landing.” You can follow him here or there.