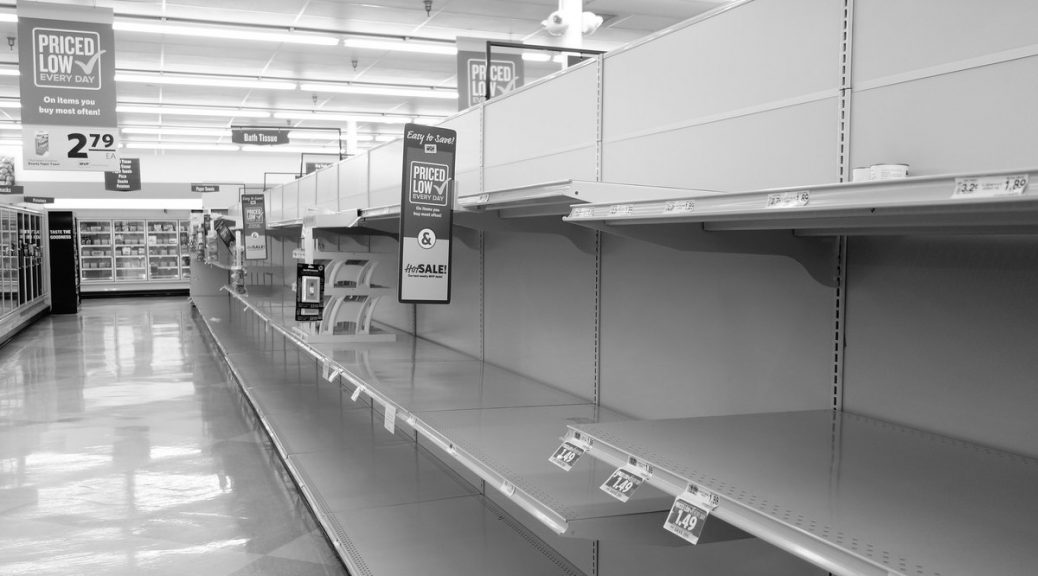 My suffering is nothing.

I’m sitting at home, safe and sound. Is it possible to still feel shitty despite how good I have it? Does it matter?

When I participate in comparative suffering, I lose every time. While the homeless in Las Vegas are being “quarantined” by laying in marked-off squares in a parking lot, while my mom-friends are telling me that they now juggle full-time work-from-home with arduous attempts at homeschooling their children, while essential workers risk daily exposure to disease to sustain their (and our collective) livelihood, how much weight can I possibly put on my own suffering?

Not much. Not much at all. Any suffering I may be experiencing in comparison feels like mere whining.

It veils itself as insignificant and invisible, but I know it’s there. Acknowledging it feels so wrong and ungrateful, but not talking about it is causing me to undervalue my own feelings, sinking me even deeper into this suffering. I yearn for an ounce of respite, but I’ve been quarantined in my own home for over 6 weeks now. There’s no way to run away from it, not for long, at least, even when I try. Given the circumstances, it is worth examining this anguish not as a self-aggrandized pity party, but as an honest assessment of my bonafide state of mind, an analysis of Self in an apartment-sized vacuum.

What does my middle-of-the-road suffering actually look like? My structure and habits have been abruptly pulled up from under me without the finesse of a well-performed magic trick. Everything toppled within seconds — my income, my sense of safety, and my purpose in the world — leaving nothing in its place. In a final flourish of a magician’s cape, my usual healthy, productive outlets to deal with these losses disappeared with the snap of the government’s fingers — my climbing gym, my dance classes, and my community.

No warning, no mental preparation. Nothing. Gone.

Just like a traumatic event — I witnessed it both in slow motion and at neck-breaking speed at the same time. Disoriented. Frozen. Dizzy. I have to remind myself that it’s not “just like” a traumatic event. It is a traumatic event. I am in it. Now. Still. I am not immune from experiencing it no matter where I lie on the suffering spectrum.

There is no real connection now. In Zoom meetings, there is the illusion of connection, but the delays in speech, pauses in body language, and unnerving angles remind me that these interactions are unnatural. My attempt to stitch together a feeling of belonging through a virtual mishmash of Instagram photos, Facebook Lives, and Twitter posts is superficial socializing. If anything, it almost makes it worse, like drinking salt water when you’re parched with thirst. Maybe it would be better to not have any water at all.

Alongside trying to process the outside trauma, the endless amount of time drags up unresolved feelings from the inside. My memories around feeling unsafe, abandoned, and helpless are triggered. My crippling self-doubt and echoes of postpartum depression are kicked up with the new demands of around-the-clock parenting. There is nothing left to distract me as they bubble up to the surface of my consciousness, fiercely demanding my attention. My highly stimulating, highly productive life no longer exists as a buffer. Unhealthy, addictive coping mechanisms feel tempting now as an impulsive attempt to distance myself from it all. I’m eyeing the beers in the fridge at night. I’m looking for easy, frequent dopamine hits from my phone. I’m considering mind-numbing video games and non-stop movie marathons, anything that could possibly take me away from this for hours on end. If only it really could.

This suffering looks like nothing from the outside. It happens internally and out of sight.

Acknowledging the ways I suffer doesn’t make me ungrateful for or unaware of my privilege. However, I want to be careful not to use gratitude as an avoidance strategy from this pain. It isn’t about avoiding, dismissing, or denying my own pain by forcing myself to look for silver linings amid chaos. It is about accepting how I feel first and foremost, no matter how raw, ugly, and painful, and then using mindfulness tools like gratitude to interpret the meaning behind these feelings. I am truly grateful for where I am, what I have, and who I am with through it, and I am also suffering within a large-scale catastrophe. This is my internal duality, one I struggle to consistently embrace amidst my current circumstances.

My suffering is happening, but it doesn’t mean I am going to push that onto others or peddle it as “most important” in the Suffering Olympics. But it also doesn’t mean I need to completely disregard it in order to be a “good person.” It doesn’t mean I shame myself for feeling anything less than grateful. If anything, acknowledging it and addressing it is the first real sign of healing for so many of us, maybe for 22 million of us. Maybe more by the time this is done.

My suffering exists. I cringe a little still when admitting it to myself. I wish it wasn’t there and that I was okay because comparatively speaking, “it’s not that bad.” But it’s there and it matters.

Even if it looks like nothing from the outside.

Jasmine Pulido is a Filipinx-American writer in Seattle, WA. You can find her blog at “Shameless Jas” where she discusses all the topics people are too ashamed to talk about alongside unapologetically airing anything else on her mind. She enjoys forest bathing, nerdy topics, and racial-social justice.

One thought on “Whose Suffering Matters?”