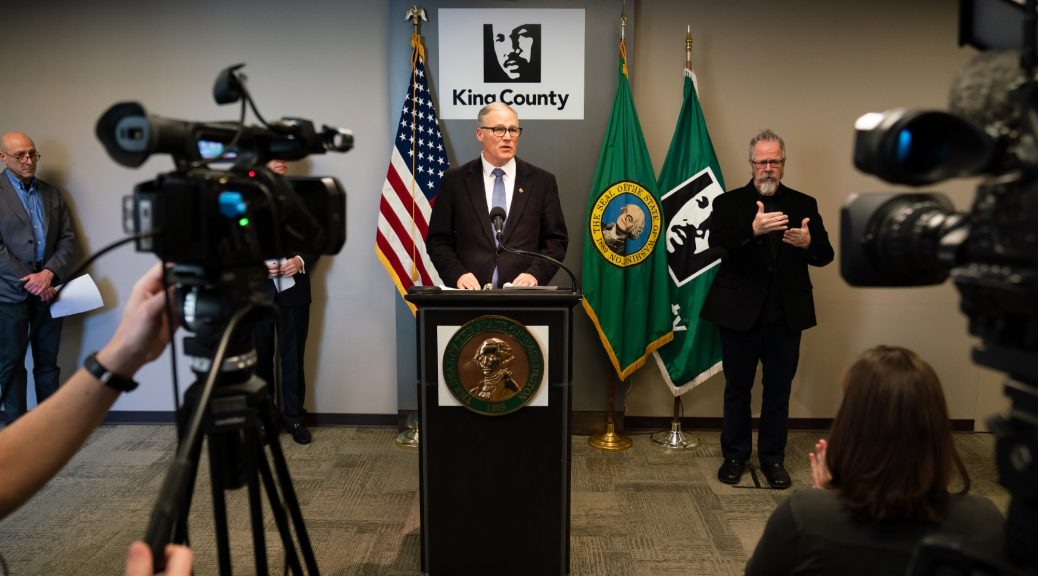 The rate of novel coronavirus infections in Washington State has risen once again, Gov. Jay Inslee said in a press conference on May 8.

Inslee emphasized that he doesn’t want to have to put the state through stringent lockdown measures again, but that people need to remain vigilant and continue to practice social distancing. He said this is especially important, because nice weather might encourage more people to go outdoors, particularly since state land has reopened for some recreational activities.

Still, five of the 10 small Washington State counties that have been allowed to move to phase two of the state’s “Safe Start” phased reopening plan have filed and been approved, and Inslee said he expects more will be approved soon. He said the state will use the data gathered from these counties to direct the rest of the state.

In a bit of what he called “good news,” Inslee said the U.S. Food and Drug Administration (FDA) has moved forward with evaluating home testing kits. He said he would have more details about a testing, contact tracing, and isolation program early next week.

Inslee also cautioned that people should not put off necessary healthcare out of an abundance of caution. He said immunization rates have decreased in some areas.

He also addressed the Republican pushback both locally and nationally, as well as the lawsuit Washington State gubernatorial candidate Tim Eyman filed against the governor at the beginning of May. He called the accusations of nepotism regarding distribution of personal protective equipment “baloney,” and said that it would be irresponsible to completely reopen the state now.

Legislative and Executive Operations Director Nick Streuli joined the governor to announce that guidelines around retail curbside pickups and reopening car washes would be released later in the day.