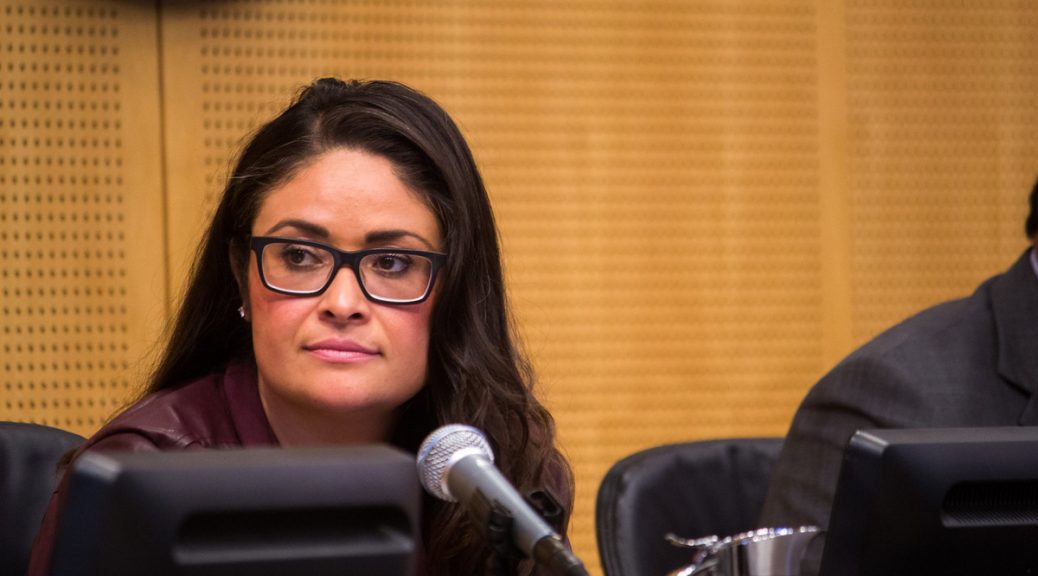 Seattle City Council President Lorena González suspended future discussion of a proposed big business tax until at least the end of May, casting uncertainty on the future of the legislation, which the City Council pondered for over a month.

González, who sets the agenda for Council meetings where votes are taken, wrote in a memo to the City Council that future discussion of the big business tax should end, out of concern that the legislation is not sufficiently related to the COVID-19 crisis.

The decision comes from an interpretation of Gov. Jay Inslee’s Proclamation 20-28, which requires that the City Council only take up legislation that is either “necessary and routine” or “needed to deal with COVID-19 and the current public health crisis.” The proclamation also suspended certain requirements in the Open Public Meetings Act (OPMA), allowing City Council meetings to be conducted virtually, without opening meetings to public visits.

In her memo, González expressed concerns that aspects of the tax bill, originally proposed by Seattle City Councilmembers Tammy Morales (District 2: South Seattle and Chinatown-International District) and Kshama Sawant (District 3: Central Area), disqualify it from discussion under the governor’s proclamation. While the tax would fund emergency payments for low-income Seattleites buffeted by the economic whirlwind brought by coronavirus, it would also fund Green New Deal measures, including green jobs training, create a Social Housing Board and a Green New Deal Housing Board. These aspects of the legislation “all bear little to no relationship to the current emergency,” according to the memo.

Councilmember Lisa Herbold, who skipped the latest discussions of the tax in April, first raised these concerns in a letter to González.

“I’m frustrated that this decision was made based on risk aversion,” said Morales, co-sponsor of the bill, in an interview with the Emerald on Friday. “I feel like the decision effectively pulls the rug out from under people who were already on the brink of disaster.”

Without immediate financial relief the bill would provide to Seattleites, Morales said, “there’s really no other options right now for helping them financially recover from the crisis.”

González intends to follow a new process for future and current legislation, she wrote in the memo. Before new bills are introduced or any final action taken on them, the City Attorney’s office must consult with Council central staff analysts, and offer a legal opinion on whether the proposed legislation follows the requirements in Inslee’s proclamation.

At the time the tax bills were introduced to the Budget Committee by chair Councilmember Teresa Mosqueda, this process was not in place, González wrote. Now that it is, González believes discussing the legislation any further puts the Council at risk of a lawsuit in violation of the OPMA. Mosqueda told the Seattle Times that she agrees with González that the bill should not be taken up now.

Morales wants more clarity about what changed to make discussing the bill a risk now, after it was introduced to the Council and discussed during meetings. “I do feel like I was blindsided,” she said.

Morales and Sawant can choose to re-introduce the legislation so that it satisfies the legal opinion of the City Attorney’s office that it is relevant to the COVID-19 crisis. Until then, future discussions of the tax are likely cancelled until at least the end of May, when the state legislature recently extended the measures in the proclamation.

Morales hopes to discuss the emergency financial relief aspects of the bill at a future budget committee meeting. Her office is discussing the logistics of re-introducing a version of the bill, this time with a different scope.

In a press conference originally intended to discuss how the tax would create new jobs, Sawant denounced the decision from González. “I am not surprised actually, but I am completely stunned and scandalized by this decision,” she said.

Sawant and Morales’s tax legislation, a package of three bills, would pay 100,000 low-income Seattle households $500 dollars per month for four months, to help mitigate the economic impacts of coronavirus. In the following years, it would pay for new affordable housing, and implement measures in the Green New Deal for Seattle, such as converting housing units to electric heating, installing solar panels, and training people for jobs in the green economy.

Sawant called the claim that the tax legislation is not relevant enough to the COVID-19 emergency “complete dishonesty.”

“This is being disguised as some sort of responsible governance, but in reality it is the Democratic establishment at the city and state levels, colluding with big business and the wealthy, to undercut what has decidedly been a tremendous momentum for the Tax Amazon movement in Seattle,” Sawant said. “And in the context of the destitution faced by a majority of Seattle’s working people, this is an absolutely irresponsible and reckless decision.”

Sawant criticized what she saw as hypocrisy from Councilmembers Herbold and González, who were among those who in 2018 voted to repeal the employee hours tax (or “head tax”). The City Council was sued by an open government advocate for allegedly violating the state OPMA by communicating behind the scenes about the tax, as Crosscut reported. “It is not about the Open Public Meetings Act, it’s not about their supposed loyalty to democratic laws,” Sawant said. “It’s their loyalty to big business.”

Morales said that financial relief is urgent for people in her district who are disproportionately vulnerable to the impacts of coronavirus, including communities of color, immigrants and refugees. She said it is understandable that the City Council wants to avoid violating OPMA, but added: “The city is at risk of getting sued all the time, for any action they take. We can’t let that stop us from governing.” If there is a way to get emergency money to people, “then we need to do it, even if it’s risky,” Morales said.

Last month, councilmembers discussed the funding strategy and spending plan for the tax legislation, which would collect 1.3% of the payroll of the 800 largest businesses in Seattle — those with payrolls of more than $7 million per year, or about two percent of Seattle businesses. All nonprofits, government employers, and grocery stores would be exempt from the tax.

According to Sawant’s office and City Council central staff analysis, the legislation would create or support up to 34,000 jobs over ten years in construction, Green New Deal measures, and social services.

“I absolutely reject this notion that the only choices for working people is either you stay at home without income, or you go out there and risk your very lives,” Sawant said during the press conference. The third option is, instead, “making sure that everybody has income and the ability to survive and live out this crisis until we have viable vaccinations,” Sawant said. “In order to fund that kind of social safety net, we will need to tax big business.”

Chetanya Robinson is a Seattle-based journalist.