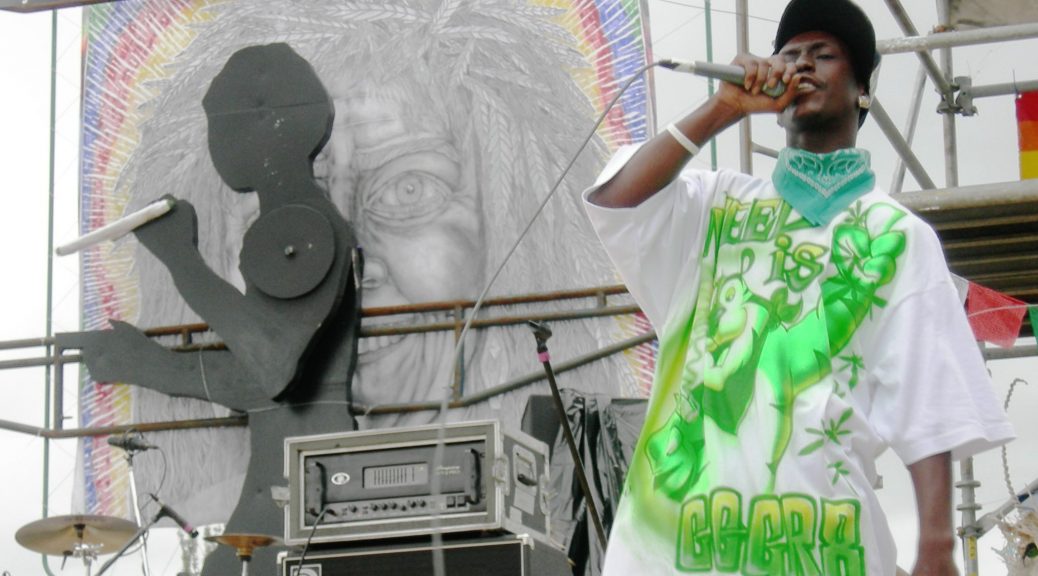 East Coast, West Coast, Bronx and Compton, this is what most fans think of when pondering hip-hop history. But what many don’t realize is that Seattle has played an important role in the maturity of a genre that has grown from the urban streets to the global scene. And Seattle hip-hop has its own unique story and sound. To illuminate that fact and celebrate Black Music Month, arts organizations LANGSTON and Wa Na Wari have partnered for 2(06) The Break. The seven episode series will put a local ‘spin’ on the live-streaming DJ sessions popularized by cultural icons like Questlove and DJ D-Nice via social media for the past two months. Each week, Jazmyn Scott, a Seattle hip-hop supporter and co-curator of the 2015 Legacy of Seattle Hip-Hop exhibit at MOHAI, will pair two Pacific Northwest hip-hop DJs to collaboratively program and record a set composed exclusively of songs by local hip-hop artists of a specific era, from the 1980s to the present.

“Each Saturday the live stream happens, the DJ sets are going to be pre-recorded and then we’re going to actually live stream people that have made contributions in one way or another to the Seattle hip-hop scene,” Scott said. “Luminaries and influencers. People we hand-selected based on their contribution or knowledge of the hip hop scene here in Seattle. And so they will essentially be responding or reacting to the music presented by the DJs.”

Each live-streamed episode will explore a different decade in hip-hop and a variety of themes — women in hip-hop, foundational groups, genre collectives, and record labels amongst other topics. Attendees will have an opportunity to hear first-person accounts of Seattle artists and hip-hop enthusiasts who advanced the genre. The first episode, which will premiere live on Saturday, May 16 will feature a member from one of Seattle’s earliest hip hop groups — Emerald Street Boys which held many of its early performances in public housing recreation centers around the city.

“In the early 80s they actually were opening acts for some of the larger hip hop groups that would tour and come to Seattle,” Jazmyn said when speaking of Emerald Street Boys.

The genesis of 2(06) The Break began months before the current coronavirus crisis when Inye Wokoma, the co-founder of Wa Na Wari was talking to DJ Surreal about the possibility of doing an event in the Wa Na Wari space. Then the pandemic struck. Not too long after, physical distancing and the mandatory closure of Wa Na Wari and other arts and cultural spaces reawakened the idea and created a sense of urgency around connecting the community in a digital space.

“The series is really about the current moment and all the ways that people are staying connected online,” Inye said. “So it really does tap into the popularity of the live-stream artistry, from the live-stream DJ sets to the Verzuz battles. You know, there’s this moment now where there is actually a digital cultural commons, a place where people are coming together to find common ground which has been very rare in the digital sphere. I would say over the past decade or so there’s been this increasing sort of tenor of people fracturing off into their separate ideological or social spaces. And I think, one of the things that we’ve seen in particular with what Questlove and DJ D-Nice are doing is that there’s a way for people to come together and feel together in a digital space.”

But LANGSTON and Wa Na Wari weren’t always too keen on bringing what is traditionally an in-person experience to the digital sphere.  After all, it can be difficult to really connect with people, especially those you’re meeting for the first time, through a computer monitor or smartphone screen. But current circumstances left the two organizations without much choice in the matter if they wanted to continue their mission of delivering enriching cultural experiences. Events appreciated by the community more than ever, even if done virtually, according to Scott.

“I think one of the things that is important to me at this time is that I want our community to know that we’re still working hard to provide programs for them that are interesting and, like I said, innovative and something that they want to be a part of, even though we can’t be together right now,” Scott said. “I want them to be excited about what we’re able to provide in this way. I struggled with the idea of transitioning to an online platform. My approach has always been about ‘how do I bring people together for an experience in person.’ And so I’ve had to look at it differently. And so I’m really excited about this event in particular because this really is a new way to bring people together.”

One thought on “LANGSTON and Wa Na Wari Celebrate Seattle Hip-Hop’s Past, Present, and Future”