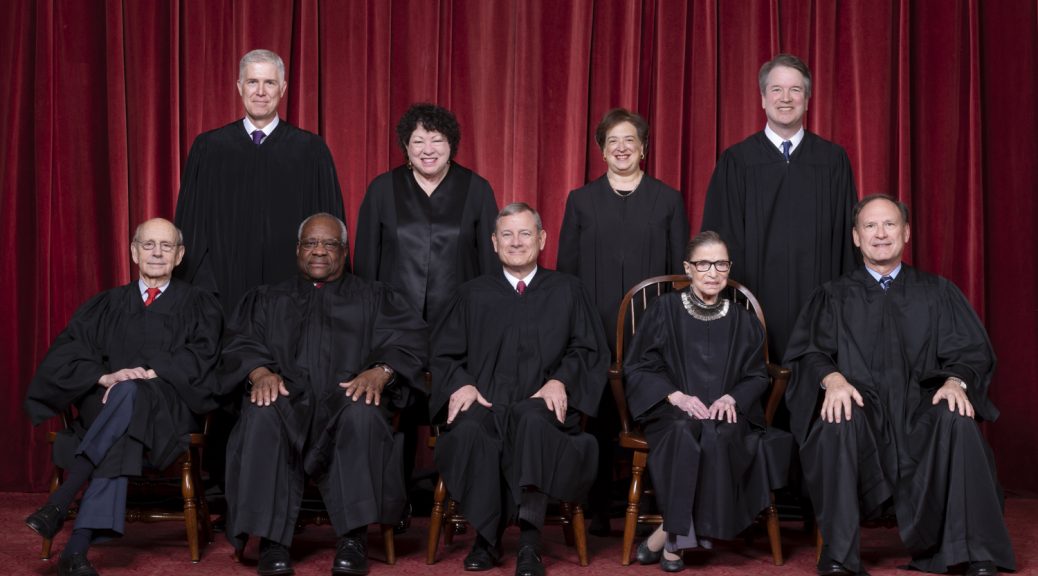 Four years ago Esther “Little Dove” John, then 64, accomplished something she had wanted to do since junior high. She became a member of the electoral college, and in December 2016, joined 538 others across the country to choose the next president of the United States.

John, a longtime Beacon Hill community member, artist and activist whose friends call her Dove, never imagined her choice would cause a ripple that would reach the U.S. Supreme Court.

Members of the electoral college are expected to vote for whoever wins the popular vote in their states. But in 2016, ten electors across the country tried, and seven succeeded, in casting a vote for someone else. It was the largest such revolt since 1808.

John was one of them. Though a majority of Washington State voters chose Hillary Clinton, John and two other electors in Washington — Bret Chiafalo and Levi Guerra — voted instead for former U.S. Secretary of State Colin Powell, in a long-shot attempt to stop Donald Trump from becoming president.

The hope was that at least 37 Republican electors would also choose Powell, which would force an electoral tie, and throw the choice of president to the Republican-controlled House, which would then select Powell as the next president. Powell was considered more moderate than Trump and closer in values to Washington voters.

Seperate from this effort, another Washington elector, Robert Satiacum Jr. of the Puyallup Tribe, also broke with the popular vote, casting his ballot for Native American activist Faith Spotted Eagle.

In 2016, John was deeply concerned about stopping Trump from becoming president. “When people voted for Donald Trump, I thought well this is my destiny, this is what I should do,” she said. “We were trying to save the country,” she said of the unsuccessful gambit she participated in. “We were choosing country over the state, and over party.”

As an elector, John was free to make her choice. The state of Washington frowned on it.

The state fined John and the other electors $1,000 for not choosing Clinton. John, Chiafalo and Guerra challenged the fine in court, but the Washington State Supreme Court upheld the fine.

Now, their challenge has reached the U.S. Supreme Court, along with a similar case in Colorado, where elector Michael Baca was removed and replaced in 2016 for saying he wouldn’t vote for Clinton.

While there is no federal law, and nothing in the Constitution that requires electors to vote a certain way, thirty states have passed laws that try to require electors to vote as pledged, according to the National Conference of State Legislatures. Before 2016, no state had punished an elector for breaking their pledge.

On May 13, the U.S. Supreme Court held oral arguments over the phone for Chiafalo v. Washington and Colorado Department of State v. Baca. Washington state solicitor general Noah Purcell argued that states have the right to impose conditions on the electors they choose — something widely agreed upon — but that they should also be able to enforce these conditions, for example by fining or replacing an elector who breaks their pledge.

Justice Ruth Bader Ginsburg suggested this might be a valid argument. “It’s somewhat hard to understand the concept of something I am pledged, bound to do, I have made a promise to do something — but that promise is unenforceable,” she said while questioning attorney Larry Lessig, who argued on behalf of Chiafalo and the other faithless electors.

Lessig argued that states do not have this power. “The framers did believe that the electors would exercise independent judgement — that’s absolutely clear,” he said.

Justices Alito and Kavanaugh raised concerns that if electors were actually allowed to vote for whoever they wanted, the result would be chaos — there would be massive campaigns to influence electors, and elections might be decided by the House. Alito asked what would happen if electors could be bribed before they vote. Kavanaugh suggested the Court should “avoid chaos” as a principle in judging.

Lessig countered that historically, only a tiny fraction of electors have voted against the party they were pledged to, and only once in a way that would have decided an election.

While the Court has not released its opinion yet, some analysts think the Justices are inclined to let states punish electors for violating their pledges.

Seattle attorney David McDonald, a longtime member of the Democratic National Committee and an elector himself, believes the state should be able to enforce the pledges electors make to vote for the candidate who wins the popular vote. “I think it’s a huge disservice to then not do what the voters expected you to do, and what you had promised to do, and you have not provided the voters any basis for believing that you would have better judgement than they have,” he said.

John and Chiafalo want their case to succeed, for a perhaps unexpected reason. Chiafalo wants the Supreme Court to rule in favor of the faithless electors, and thereby expose the electoral college as an undemocratic institution, in the hope that the people will demand it be abolished.

For McDonald, it doesn’t make sense for the electoral college to have this role in the 21st century. “That’s a valid argument when you’ve just had a revolution to throw out a king,” he said. “But it also, in modern times, is a way of saying that there is an elite in the country who can decide better for the voters, who should be in office, than the voters can. Put in that light, it’s fairly offensive.”

John is not strongly invested in the Court ruling in favor of the faithless electors. “I liked being part of the electoral college, and I like the idea that the electoral college would exist, but nowadays it’s so risky to do that,” she said. “I think we’d better go with the popular vote.”

John read a line from the speech she gave before the election in her bid to serve on the electoral college, in which she said that “the world and all our children are imperilled by a Trump presidency.”

John herself has been an activist for decades. Most recently, she fought against displacement after she found an eviction notice on her door in 2016. Her landlord sold the place she was living in to a developer who wanted to tear it down to build a four-story apartment building. Demonstrators, including environmental justice organization Got Green, rallied around John’s plight.

It was the fourth time she had stared down displacement, John told the South Seattle Emerald at the time, after being driven from the Central District, Mt. Baker and Columbia City.

“It’s interesting that as an elector, I was in one of the highest positions that one can be in in the United States, but still there’s no protection against being displaced from one’s place of living,” John said.

John is in a stable living situation for now, but she fears her rent will increase in November. She has lived in Seattle since 1997, and in Beacon Hill since 2005, and hopes she won’t be displaced from the South End. “It’s one of the most diverse areas in the country. It feels right to me, because I can be with people that don’t think, ‘What is she doing here?’” John said with a laugh.

John, who is of Native American and African American background, grew up in New York state. In high school she became a Quaker, something that inspired her to advocate for peace. As a student at Harvard University, she joined students in protesting against fossil fuels. She walked across the U.S. for peace in 1983, and across the Soviet Union in 1987, with 200 Americans and 200 Soviet citizens. She performed in Israel and Palestine advocating for peace, and learned healing work in Australia, New Zealand and Tahiti. For years, she played her flute (a skill which made her a finalist for a Grammy nomination) for patients at hospitals in Seattle.

While John hopes the Court does not grant the states the right to punish electors, she doesn’t have much of an investment in either decision the court makes.

She hopes, as the Court deliberates, that a higher force will look out over the proceedings. “As long as it’s guided by the creator, that’s fine with me.”

Chetanya Robinson is a Seattle-based journalist.

Featured image: From the Collection of the Supreme Court of the United States (Photo: Fred Schilling)