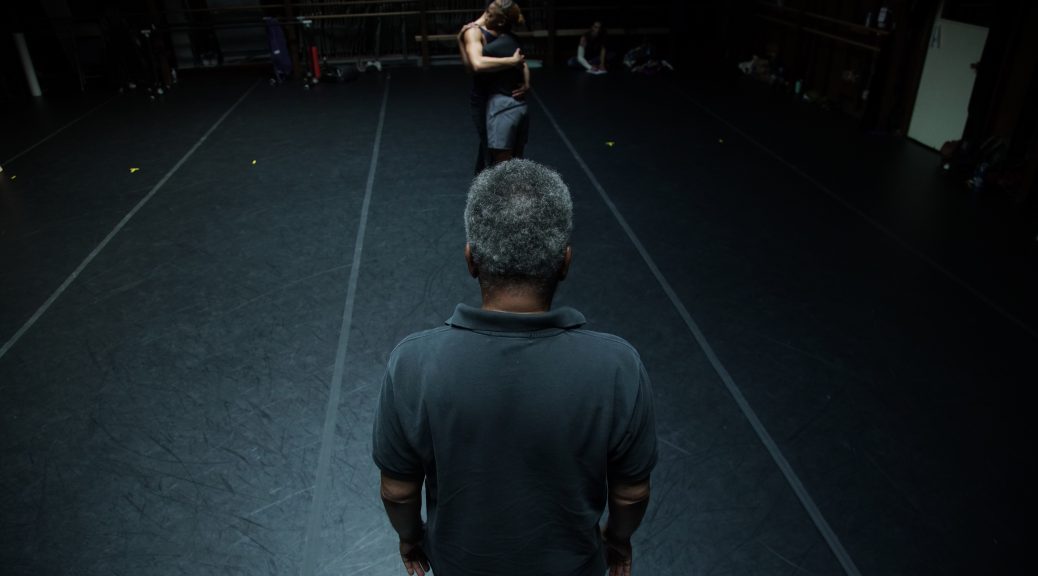 Dance is physical, primal, and ephemeral — bodies brush against each other, and sometimes audience members are so close that they could reach out and touch dancers as they glide by only a few feet away. So what happens to dance in a socially distant world where bodies must remain six feet apart and preferably masked? And how do dancers, choreographers, and the community adapt, change, and provide a sustainable model for the future? Donald Byrd, the artistic director of Spectrum Dance Theater, introspected about how he and Spectrum are transforming and how he hopes to leave a legacy that will provide a model for creating dance performance in the future.

There are many philosophers who might assert that the ability to envision the future requires a comprehensive understanding of the past. In that respect, Byrd is uniquely advantaged. Not many choreographers can stake claim to 45 years of artistic practice but he, the winner of numerous awards including a Bessie, is one of the few who can draw on a deep well of experience in the dance world to imagine a way forward.

In 1988, during the height of the AIDS epidemic, Byrd choreographed a dance performance called Enactments in Time of Plague. The dance was a response to the emergence and devastating impacts of AIDS and an exploration of how ritual is developed and used by people as a way of remembering the past but also as a way of protecting themselves and their community in the present and future.

“We create rituals sometimes to ward off things,” Byrd said, speaking both of Enactments and his upcoming Race and Climate Change series. “Maybe these rituals that people are doing are to ward off things but maybe they are doing it as a way of remembering what happened in the past.”

Our current pandemic could change how rituals function both in the dance world and wider society, explains Byrd.

“When cultures are threatened by something, and if they survive, a whole set of new rituals start to emerge from the community,” he said. “The rituals may be kind of religious based. Maybe we pray differently or how we connect with people is different. Given what’s happened with this pandemic, how are we going to change when it’s over? Will shaking hands be something of the past? Will there be another way of greeting people because of this threat to our culture?”

In his forthcoming Race and Climate Change series, Donald Byrd explores more deeply how ritual might play out in the future. In the dance piece he is choreographing, people in the future keep visible a photo of Swedish climate change activist Greta Thunberg so that they are always reminded of the warning she gave to the planet, a warning that was ignored.

“In some ways it’s a reminder that we should listen to those that come to warn us. In some ways they are prophets,” Donald said. “These rituals are to remind us that we should not take the messages that we get from reliable sources as being untrustworthy or unbelievable. Perhaps we should just listen.”

Familiar rituals of the dance community have already morphed into something unrecognizable to Byrd. Dancers no longer practice together, meetings take place via video conferencing (Zoom) and dance artists grapple with how they will collaborate and create under conditions that are not conducive to the nature of dance.

“As a choreographer what I do is collaborative. So I have to do it around people,” Byrd said. “It’s almost impossible to maintain social distancing when you’re working in dance … in a traditional sense of how people think of dance, certainly how I know and understand dance. So what it’s meant is that I’ve had to find other ways to be creative and to use that energy.”

Since March, he’s been working with Spectrum dancers to document the processes, approaches, and methodologies he uses to create artistic work at Spectrum Dance Theater and elsewhere. And just as importantly he has been exploring how these particular creative approaches have been adapted and used in the past for non-artistic usage and how they might be used in future non-artistic engagements especially in regards to social justice as it relates to race.

“The original impulse behind creating these documents was to think about how they could be used by other dance companies or theater groups that want to do work that focuses on social justice and civic issues,” Donald said. “Perhaps they could use some of what we’ve been doing as a model.”

These are the legacy documents that he hopes will live on in the future where they can help create new rituals ensuring that dance not only survives but thrives for many generations to come.

For now, Byrd is pushing Spectrum Dance Theater into previously unexplored territory, teaching live online dance classes and releasing dance performances on video platforms such as YouTube. Looking forward, he knows that not only will Spectrum change but that it and the dance community as a whole will be radically changed.