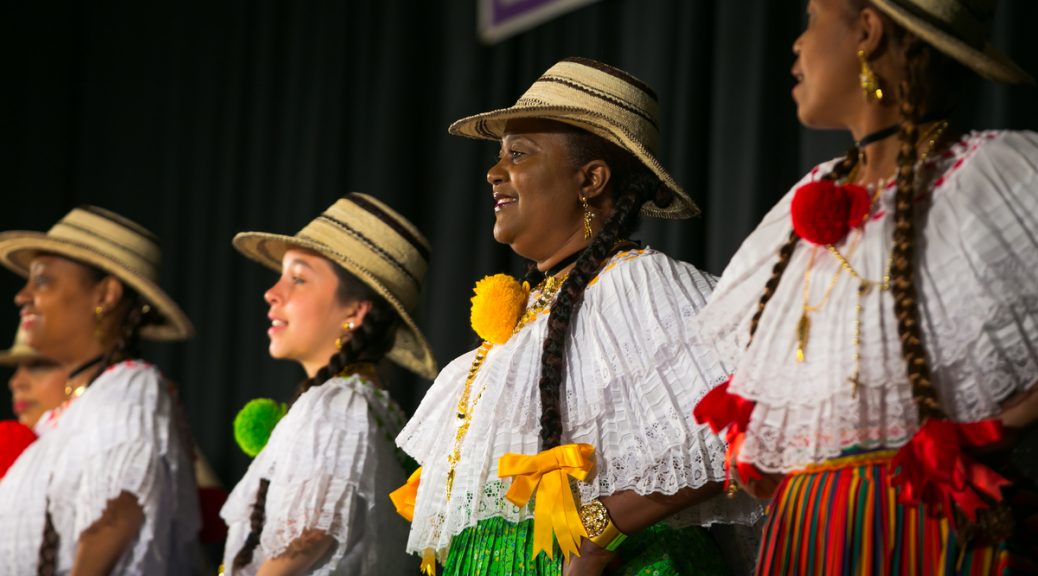 Celebrating its 49th year in 2020, Northwest Folklife Festival is no stranger to surprising situations. As managing director Reese Tanimura says, festival staff are regularly asked to respond to some unusual radio calls — be it a Scottish bagpipe competing with the Balkan choir on the Fisher Green Stage, a band of pirates that needs a better mic, or a farm animal that’s made its way into the crowd.

“The best radio call I ever got while working at the Northwest Folklife Festival was, ‘Uh, this is Tom from the Fountain Lawn Stage. I’m just radioing to let you know there is a chicken on my stage. I repeat, there is a live chicken on my stage,’” said Devon Leger, who booked for the festival until 2010.

Come 2020, this ready-for-anything attitude is a big asset to the staff at Northwest Folklife, who were forced to postpone the in-person festival on April 2 due to the coronavirus outbreak. It enabled them to turn on a dime and move forward with a streamlined virtual festival called “From Home to Home: Northwest Folklife Festival,” which will take place as planned over Memorial Day weekend, May 23–25.

“When the stay-at-home started, we’d spent five months basically in a rhythm of building up,” said Tanimura. “You know, you get all your sponsors, you get your merchant supply, performer supply, we’re scheduling stages, and so, to have to basically reconfigure was [like] turning the Titanic. Fortunately, I don’t think we’ve hit the iceberg yet! We’re being a little more flexible than that.”

Presented by Seattle Cancer Care Alliance and created in partnership with Seattle Center, “From Home to Home” will be held on nwfolklifestreaming.org, which Folklife’s web developers set up in little more than a week. The site will be set up with several different channels devoted to live and pre-recorded local music, family activities and kids’ crafts, an online vendor marketplace and even virtual participatory dances — so that festival die-hards and newbies can have experiences as close to the in-person festival as possible.

“It’s exciting because we [can help] our regular attendees who ask, ‘How do I find this vendor? Every year I go see them!’ We’re going to have an online marketplace for those people that come every year for that dress or that hat,” said Tanimura.

That said, creating these familiar festival experiences for the community virtually — and in record time — has not been simple.

“It’s been a whole new world for us,” said Folklife’s Executive Artistic Director Kelli Faryar. “We are learning the difference, quickly, between live and streaming and pre-recorded and premiere so that as we’re talking with communities and artists, we can support them in trying to make it as easy and accessible as possible for them to move [in this new direction.]”

About 40 of the 600 artists that were originally slated to be at the festival will participate in “From Home to Home,” either through pre-recorded videos or live stream. One such artist is Sistas Rock the Arts, a weekly open mic for people of color founded five years ago in Columbia City by La Tanya Horace and iNfinity.

At Folklife 2020, Sistas Rock the Arts had planned to feature their band, The New York Undercover Band, and a whole slew of performers in their community, live on stage. When virtual became their only option, Sistas Rock the Arts recruited Darryl Glover and his team from Black Dot, a community organization for Black entrepreneurs, to help them produce a video.

“We are blessed to have partners and folks in the community with spaces where we could do a live [virtual] show for our fifth anniversary — meaning with the whole band and all our hosts and producers — and celebrate and stream it live for our community. So, you’ll be seeing footage from that [in From Home to Home]. It’s about 17 songs,” said Horace. “The show you will see is flawless. The sound is great, the video is high-quality.”

Though high-quality content is obviously the goal, “From Home to Home” will also feature iPhone videos from artists. Folklife didn’t want a lack of access to video equipment to deter anyone from participating, and they are offering technology help to their participating artists on a case-by-case basis.

“We queried a couple of the presenters about best home mic situations, so when we’re asking performers to send something in we would have some good tips for them. [We’re] doing things on the DIY but still want folks to be presented as best as possible,” said Tanimura.

And in spite of the challenges that technology can pose, Tanimura and Faryar say the all-virtual focus has had unforeseen benefits, particularly in relation to access and archiving.

“We have folks that are getting older [and less mobile], or have moved away, that are excited we’re doing things digitally because they get to participate in what’s happening. It also offers the opportunity to do more audio [and video] recordings of stages and things like that. It gives us that next level of elevation of documentation and archiving. As we head into our 50th, it’s really nice to be able to document,” said Tanimura.

While Northwest Folklife hopes to hold the festival as usual for their 50th anniversary next year, they also plan to continue to shape nwfolklifestreaming.org into a resource that can connect those in isolation and amplify the work of their community partners and artists as best as possible given the circumstances.

“‘From Home to Home’ is not a replacement [for the organic experience of Northwest Folklife],” said Tanimura. “But there are still pieces of that core, human-to-human piece that is so much about what folk is as a practice.”

Alexa Peters is a Seattle-based arts and culture writer.