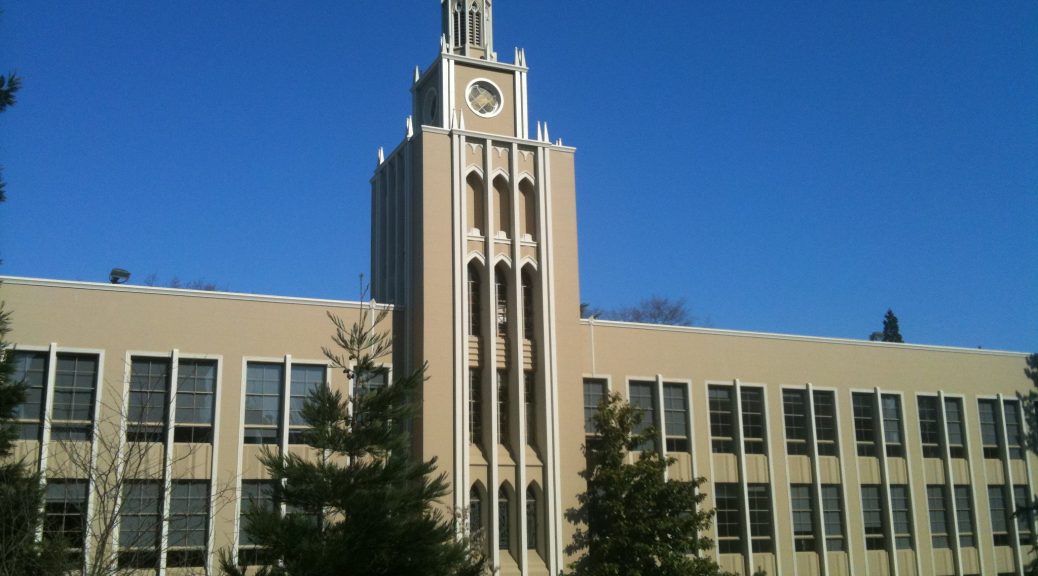 The COVID-19 pandemic has impacted the lives of many around the globe. In the U.S., that is true of many small-business owners and low-income families who’ve been struggling to put food on their table. However, a population that may often feel left out of these conversations are college students. Some have had their commencement ceremonies canceled, postponed or held virtually, and some have had to adjust to a new learning environment — one that is remote.

But is it fair that students should have to pay the same price for the cost of tuition? Students at Seattle University (Seattle U) may have something to say about this issue.

Three days later, we — students at Seattle University — created a Change.org petition that demanded partial tuition reimbursement for part of winter and spring quarter 2020, since we would no longer be able to utilize campus facilities in person or engage in hands-on or service-learning courses, such as clinicals and/or labs. We also advocated for quarterly fee waivers, such as the recreation, technology, and course-related fees, especially for labs and clinicals.

The petition quickly gained momentum. In less than four hours, we had received over 500 signatures, and within a period of three days, thousands of people signed and supported our petition.

The responses revealed a lot about what students were experiencing. One noted that professors canceled a week of class with no online replacement, meaning a loss of a tenth of the instruction they had paid for. Another student’s parents flew her home because there were no jobs to survive in Seattle. A music major noted how difficult it is to conduct classes remotely. And many expressed the fear of unemployment, loss of income and even homelessness.

“I’m on the verge of losing my job,” one signer shared on the petition. “A tuition reimbursement will help me with student loan payments and help me pay the bills.”

The petition was important to make sure Seattle University heard student voices, said MaryAnne Tran, a senior and biochemistry major at Seattle U, “especially since SU has historically made decisions that felt like that there wasn’t much of a … student voice … or student advocacy,” she said.

Students have already felt the impact of the petition.

“There were many many issues where I felt like I was the only one voicing my opinion, and now that all of us created a petition … it’s not only three of us feeling this way, it’s 2,500 [to] 3,000 people that feel this way as well,” said Mandy Gao, a senior and a chemistry major at Seattle U.

Yahya Gahbiche, a business analytics major at Seattle U, said even their parents felt heard through this student-led petition. “It gave hope to people who felt that there is someone who cares about student’s rights. Many of my friends also agreed with the goal of the petition, and this helped spread the word about reducing tuition. My parents also felt heard,” Gahbiche said.

On March 19, the University president announced that Seattle U would continue to charge the same tuition rates but would suspend recreation fees, graduate activity fees and many course fees. Moreover, room and board charges will be dropped for students no longer living on campus for spring quarter. The school maintained that “the conditions that foster excellence in education are the same digitally as they are in person.”

Although we did feel like the suspension of all in-person fees was a positive step in the right direction, we felt like it just wasn’t enough.

“[T]he quality of education that we’re getting and like the online meetings, we feel like it is not reflective of the thousand or however much money that they are charging us per credit,” Gao said. “[I]t is not economically fair for the big majority of the student population.”

Stephanie Sanchez, a full-time nursing student at Seattle U, said that Seattle U has not factored in that students can’t use the library, printers, study rooms, or student centers. If the school had factored in a 10 or 15 percent discount with that in mind, it would have felt more humane, she said. She noted that the University is dealing with cost overhead and is paying staff and faculty to keep the building and institution running.

“I do understand that they are more likely to receive write-offs and tax breaks and adjustments more than the actual student or individual can,” added Sanchez.

The experience of learning online is different.

Cummins wasn’t the only one struggling. Sanchez was one of the highest achieving students in the nursing program, but found herself wanting to quit.

“I have completely lowered my standards to where as long as I passed my class, that’s all that matters … because my mental health is more important than my online classes,” Sanchez said.

Tran found lab courses to be more challenging virtually. There is a lack of community building, but also a drop in the quality of education. There are no simulations for the very specialized chemistry machinery Tran needs to use.

In addition to being away from classes, sheltering in place is isolating.

“[Y]our house has become like your spot for everything. … I feel like that part has been kind of overwhelming, and I feel like just the weight of that sometimes can like feed into my work,” Cummins said.

While some professors have been very accommodating and flexible, offering deadline extensions and short breaks, others have stuck to the traditional way of teaching.

“[T]he amount of unnecessary and tedious assignments that are being assigned to compensate for the lack of in-class lecture just doesn’t make sense,” said Sanchez, who also credits that the University did an excellent job in handling the transition from in-person to remote learning.

However, she wishes that her instructors had a better understanding of the fact that not every student is between the ages of 18 and 20 with no kids. “[T]hey have children at home, homeschooling. They have got major financial responsibilities that they have to attend to,” said Sanchez, a mother of three young kids who now battles with insomnia resulting from trying to balance her responsibilities.

Some areas of improvement could be that faculty can be more flexible with course expectations and the weight they put on exams, and be more understanding that each student’s case may look a little different.

“I personally have been slow and tired all day because I’m fasting as it is currently Ramadan. Therefore, my situation is different from a person who is not fasting,” added Gahbiche.

Additionally, professors could find more ways to build connections and keep students engaged in the curriculum.

Many students can’t wait to take these classes until the fall. They are either on a strict timeline and don’t have the option to take certain courses in fall or have internships and other plans during summer or after graduation. For some, there are a limited number of professors teaching a newly implemented major. Plus, there is no guarantee that fall quarter classes will be held in-person.

“I have to get as much stuff done as I can, and so to take off a quarter and come back, it just wasn’t going to be feasible for me, and it was actually going to end up being more expensive,” said Cummins, who is currently paying out of pocket for spring quarter due to the impact of COVID-19 on her family’s financial situation.

Despite our efforts to relay the concerns of many students and their families to the University administrators, the cost of tuition remained the same — one major reason being that over half of our tuition is spent on faculty and staff salaries. While all the in-person fees were suspended, the University kept the technology fee because it had to invest in training and online teaching tools like Zoom and Canvas for professors, as noted in an email that the student body received from the student government.

Although the students do acknowledge the impact of tuition reimbursement on staff and faculty, they also believe it’s unfair for them to be put in a position where they have to choose between receiving a partial refund and keeping staff and faculty jobs.

“I think that we all should split the cost of this economic crisis. Our parents are paying for tuition, they too are being furloughed and laid off so we should look at the bigger picture when we made a budget decision,” said Gahbiche, who is also an international student from Tunisia.

One student shared how the University can be a bit more intentional with their emails, making it easy to access and understand that the stay-at-home order does not mean free time.

“[A]t the end of the day, it is really a process, and I understand that nobody’s ever gone through this before, so we’re still working out the kinks. I just hope that going forward SU will be more intentional with the dialogue they use as far as addressing the pandemic and the acclimatization and just understanding that it’s okay to talk about the bumps in the road, not being afraid to address those,” Cummins said.

In future, “We would [also] like a breakdown … to see where our money goes. It’s not as transparent, and there’s that big distrust between SU and the students because of that,” Gao concluded.

Chhavi Mehra is a recent graduate of Seattle University