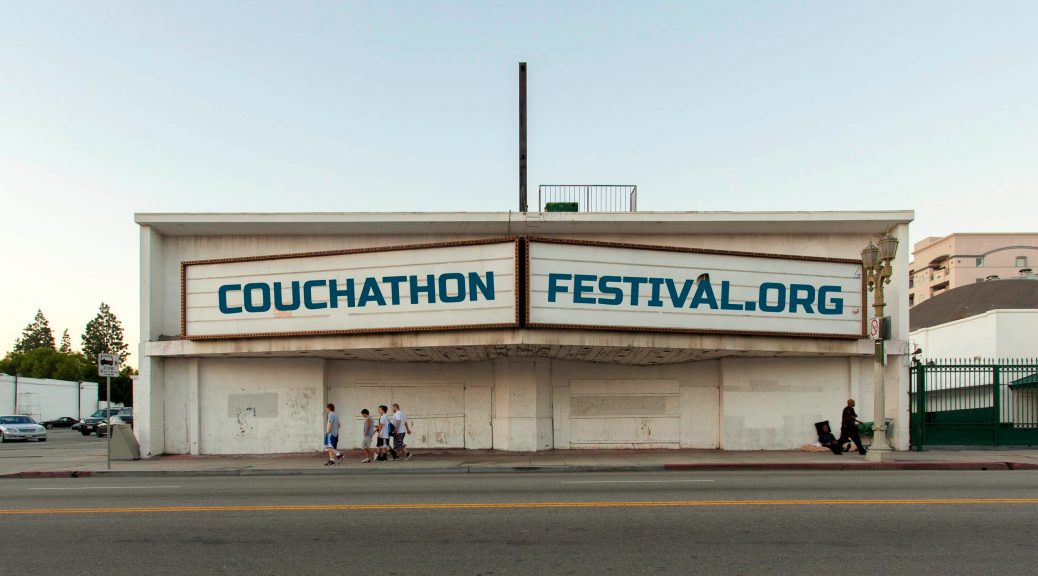 A number of Seattle film festivals were scheduled for 2020, but unfortunately COVID-19 had other plans. Since public gatherings are temporarily banned, this year’s in-person festivals have been canceled. But thanks to the new online film and music festival Couch-A-Thon, content from the scrapped events is now available for streaming.

Derek Johnson, owner of Kai Films and Outreach Director of Couch-A-Thon, remembers when Governor Inslee issued the stay-at-home order, leaving him and his friends in the local film industry suddenly underemployed and in crisis mode. “A couple of days in the lockdown, we were all going through shock and trauma, and like, ‘How the hell are we gonna figure this out? We gotta do something to keep going. We can’t just stop our world,’” Johnson remembered. “I lived through 9/11 in New York as a creative person. The first thing I thought is, I want to do something I’m good at and use my resources to help the situation.”

Johnson and his networks quickly pivoted, establishing a new project to funnel their talents into: a streaming film and music festival that would help salvage content from the canceled events, become a platform to host other programming and raise money for artists’ COVDI-19-related relief funds. The Couch-A-Thon team made a public call for submissions, built a website and social media presence, and “in under 10 days,” had their first iteration April 1-3. All films were made available to stream for free online or at Couch-A-Thon’s Facebook page. They raised over $2200 tax-deductible donations that went to the Artist Trust Fund. Northwest Film Forum was their fiscal sponsor.

Now they’re dropping a second installment starting Monday, May 25, that includes “between five and eight days of programming,” the donations from which will benefit the Langston Artists Relief Fund. This time around, “we’ve really scaled up our efforts,” Johnson said.

Programming will include Bradley’s animated short “SUBSTANCE,” and Harris’ dance film series “Aje Ijo.” The retrospective is geared to ramp up excitement for this year’s Seattle Black Film Festival this July, which will be hosted entirely online by Couch-A-Thon. The July festival will feature notable selections “Headless into Night” by Nifemi Madarikan, “a really interesting piece that kind of jumps the line between fantasy, narrative, with some very gorgeous sequences, very artistic sequences,” and “Our Troll” by D.J. Walker.

“It’s been definitely a challenge trying to reimagine the festival with the limitations that COVID-19 has imposed on our community,” Stuart-Lehalle explained. “Couch-A-Thon has been so enthusiastic and so encouraging, and we’re really excited to have found them, and that they are just as excited as we are to dive into this unknown, to make it work.”

Though the festival won’t have the in-person connectivity as previous years, the online platform features live chats, and “talkback sessions with filmmakers and community members, and online workshops to build your film skills, knowledge, and network.”

Having lived in Europe for 14 years as a filmmaker herself, Stuart-Lehalle’s connections help broaden Couch-A-Thon to reach an international scope. With the overwhelmingly positive responses they’ve gotten so far, Johnson is confident Couch-A-Thon can become a larger festival like South by Southwest in Austin, Texas. “Our vision for the future is to become a North by Northwest destination festival. We’re in conversation with a national partner right now that could help us bring that to life this year. This might actually turn into something really big,” Johnson said. “The sky’s the limit right now.”

Mark Van Streefkerk is a South-Seattle-based journalist living in the Beacon Hill neighborhood.