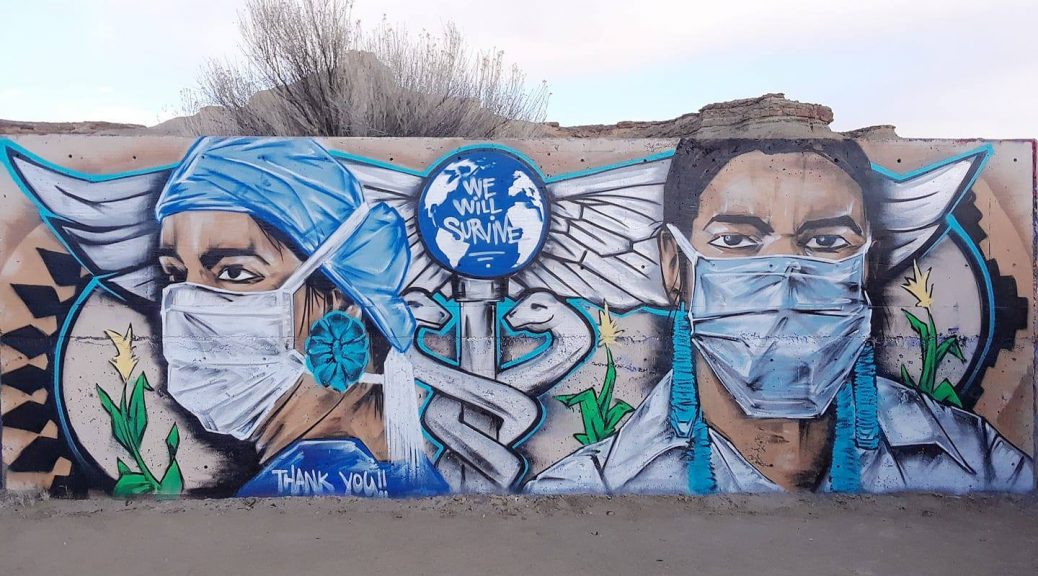 “Within these late years, there hath, by God’s visitation, reigned a wonderful plague, the utter destruction, devastation, and depopulation of that whole territory, so as there is not left any that do claim or challenge any kind of interest therein. We, in our judgment, are persuaded and satisfied, that the appointed time is come in which Almighty God, in his great goodness and bounty towards us, and our people, hath thought fit and determined, that those large and goodly territories, deserted as it were by their natural inhabitants, should be possessed and enjoyed by such of our subjects.”

—King James I, The Charter of New-England

Every Thanksgiving, classrooms across the country learn about a group of religiously persecuted Christian reformers fleeing England in order to worship freely in the New World. These Pilgrims likened themselves to the Israelite exodus from Egypt, a people chosen by God to be guided across the Atlantic to find, conquer and lay claim to their promised land. Upon arrival in what would become Plymouth Colony, the Pilgrims found a “promised land” that did not need to be conquered like that of Canaan, but rather a ghost town littered with untended fields, empty villages and skeletal remains of the original inhabitants. For the Pilgrim colonizers this was proof of God’s divine plan.

From 1616–1619, in the lands of the Wampanoag, Massachusetts, Pennacook, Nauset, Pemaquid, and Abenaki, a plague ravaged through villages, leaving in its wake mass death. While exact estimates of the total population of New England tribes at the time are debated, most conservative estimates put the population somewhere around 30,000. The plague, possibly brought to their lands several years earlier by a shipwrecked French crew, would kill upwards of 90% of the Native population in the New England region.

To the English colonizers, the plague was a gift from God as noted by King James in his “The Great Patent of New-England.” To Native populations of the region, it was called the Great Dying — a great dying of Native populations that had been brought by European colonizers and had started with the “New World” explorations begun by Columbus. In the years following the Columbus landing, the Native populations in Hispaniola were decimated from millions to a few thousand by the combination of genocide, slavery, starvation and disease. This dynamic would play out over and over again from the Caribbean Islands throughout the Americas from the east coast to the west coast in the colonizers’ push for Manifest Destiny.

As the COVID-19 virus was taking hold in Wuhan province, I, like perhaps others outside of the region, paid just scant attention. One could hardly blame people, as it seems every few years some new virus is appearing somewhere and the media faithfully runs wall-to-wall coverage of impending doom. Then, on January 20, the first confirmed case of COVID-19 in the country would be confirmed in Washington State. The coronavirus became a little more real.

Almost from the onset of the pandemic stateside, memes, articles and other social media postings arose referencing the pandemics that had historically ravaged Tribal communities. Some used these past plagues to dismiss COVID-19 as “not that bad,” since its rate of death was not that of pandemics of the past. Others suggested that somehow our communities would be fine, since “we’ve survived worse.”  And, of course, there were the inevitable references to smallpox blankets and biological terrorism.

“This is a good idea to spread smallpox just be careful you don’t get it yourself. You will do well to try to inoculate the Indians by means of blankets, as well as to try every other method that can serve to extirpate this execrable race. I should be very glad your scheme for hunting them down by dogs could take effect, but England is at too great a distance to think of that at present.”

While it is difficult to know the exact number of Native peoples living in the “New World” pre-colonization, most researchers agree that the Native population in North America ranged between 18–20 million. By 1890, following the massacre at Wounded Knee, the Native population was estimated to be less than 300,000. Genocide, starvation, slaughter, forced removals, bounties and disease brought by European colonizers worked to bring about the near extinction of Native peoples.

With this history in mind, numerous Tribal Nations responded quickly to protect Tribal citizens during the coronavirus pandemic.

In early March, the Makah Tribe on the Olympic Peninsula took drastic efforts to protect its citizens by closing its borders to any non-tribal citizens.

Tribal chair T.J. Greene referenced history in explaining the tribe’s decision to close their borders in a statement: “What our ancestors went through when around 90% of our population was decimated by smallpox in the mid-1800s, that’s alive in our oral histories, taught throughout the families. So yeah, it does bring back some thoughts of what it must have been like for our ancestors. We certainly know that we’re vulnerable.”

Similar actions have been taken by other Tribal Nations. The Oglala Sioux Tribe and Cheyenne River Sioux Tribe in South Dakota similarly closed all highways running through their reservations to non-tribal citizens.

Chairman Harold Frazier of the Cheyenne River Sioux Tribe noted that the Tribe, home to some 15,000, had just eight hospital beds and that the nearest intensive care unit was located three hours away.

South Dakota Governor Kristi Noem, a staunch Trump supporter, resisted calls for shelter-in-place orders, and the state became a hot spot of COVID-19 infections. Noem has called for legal action against the Tribes and threatened to bring in the National Guard to remove Tribal highway checkpoints. While this is a clear violation of treaty rights and tribal sovereignty, it is perhaps most bizarre to think that Gov. Noem, whose own inaction has led to a mass spreading of the virus, is taking such drastic action to also open up tribal lands for possible infection.

On May 10, the Navajo Nation, the most populous Native reservation, recorded a COVID-19 infection rate of 1,798 per 100,000 people, more cases per-capita than any of the 50 states. New York, the second highest, recorded 1,716 per 100,000 people. The situation has become so dire that the international relief organization Doctors without Borders, which typically operates in war zones, has sent teams to support the response efforts.

Like previous outbreaks, COVID-19 is hitting low-income, Black, Latinx, and Native communities the hardest. While a virus does not discriminate, health care systems and environments that bring about pre-existing medical conditions do.

It should be no surprise that our respective communities are bearing the brunt of the outbreak and are suffering at greater numbers than others. This pandemic underscores the systematic racism in this country that places certain populations in food deserts, provides little to no access to quality health care, and situates affordable housing near toxic and hazardous waste facilities — all of which lead to communities with poorer health outcomes that are more likely to die from viruses.

A different kind of response

Within days of the virus spreading from Seattle to New York, Native folks from across the country, from elders to youth, started traditionally dancing and singing for healing. Tribal communities from throughout North America, New Zealand and Australia started recording and posting these videos on social media and sharing similar cultural expressions to support community healing, unity and uplifting of the spirit.

With so much unknown about the virus, it has caused fear and confusion around stay-at-home orders. Since many Tribal members make their livings as essential workers or are confronting unemployment and feeling an emotional heaviness concerning the virus, these expressions of love were exactly what was needed.

As a school employee who is deemed “essential” and going to work every day delivering meals to students and families, and also having a wife who works in the emergency room and who is also “essential” and has to go to work, it can be pretty taxing emotionally. I must have spent hours watching these videos. Seeing their expressions of love brought me to tears and lifted my spirits.

On the opposite end of the spectrum, we see gun-toting Euro-Americans taking up arms and taking over state capitals.

It is said that during the Spanish Flu an Ojibwe elder had a vision to help heal the community.  Like COVID-19, the Spanish Flu pandemic was disproportionately hitting poor, Tribal, and Black communities. This elder brought his vision forward with a new dance — a woman’s dance: the jingle dress dance. Members of his tribe began dancing to heal their community, to uplift their spirits. Over 100 years later, this dance is still being danced for healing.

Matt Remle (Lakota) is an editor and writer for Last Real Indians and LRInspire, and the co-founder of Mazaska Talks. Follow him on Twitter at @wakiyan7.