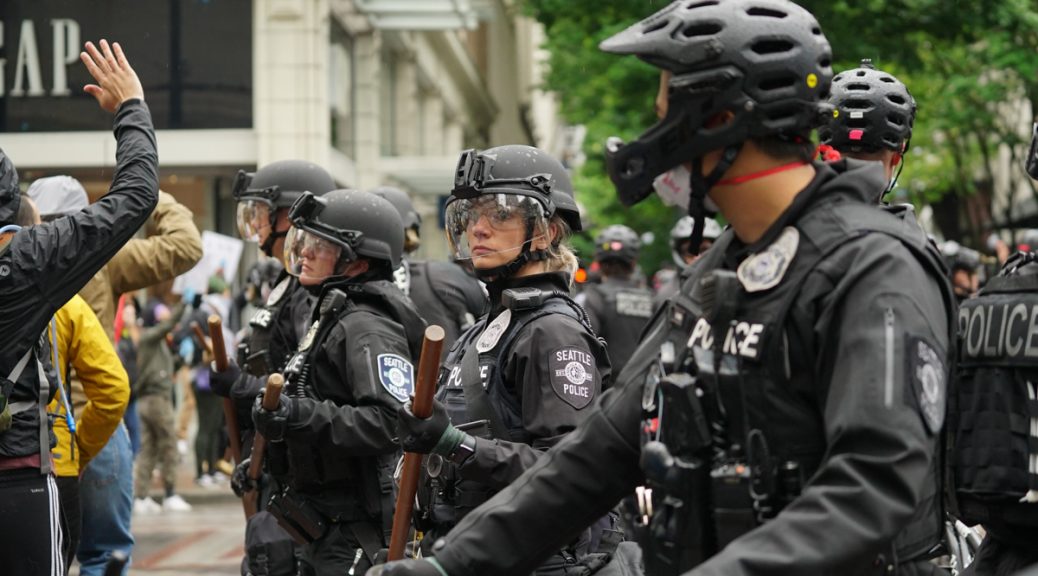 What we are seeing today is not just about George Floyd, Ahmaud Arbery, Breonna Taylor, Tony McDade and the horrific, continuous list of our murdered brothers and sisters — may they rest in power. This is about systemic injustice and systemic racism that has plagued this continent and our neighborhoods for 400 years.

These tragedies are constant reminders of the hate crimes, police brutality and systematic injustice the Black community faces far too frequently.

In Olympia, we’re thinking about our neighbors who have faced police brutality, negligence, and lost their lives due to an over-militarized and over-funded force: Yvonne McDonald, who died in mysterious circumstances; Andre Thompson and Bryson Chaplin, who were shot at by Olympia police and then each sentenced to prison terms; and Jackie Salyers, a Puyallup tribal member fatally shot by police in 2016.

We feel the violence of racism every day: in how we’re policed, in how little care we receive in doctors’ offices, in how quickly our landlords issue eviction notices, by how incarceration separates us from our loved ones and the stackable issues we endure in our employment. Generation after generation our skin tone has been used against us by every part of the system. Whether it’s a white woman treating our skin tone as an act of aggression; the police deeming it a weapon; or how the media uses our stories to push their agendas. Meanwhile we watch policy-makers and agencies use our bodies for monetary gain.

This is why — during the most devastating pandemic of our lives — we protest. In Olympia, we’re gathering to mourn and to call on our elected leaders to take material action. Symbolism won’t cut it. We need leaders to step up.

Police power and budgets have increased steeply in our lifetimes in ways that clearly are not in the interest of public safety. Police departments across the U.S., with help from the 1033 program established in the 1990s and the White House’s recent expansion of the program, have become more militarized.

If police are to be a force of safety for our community, they should be disarmed and made a non-lethal force. In the interest of moving in that direction, police forces must be defunded. We have too often seen our elected officials over-fund police departments and create tax breaks for the wealthy few, while throwing up their hands and feigning powerlessness when the community presents humane and just policy solutions.

As organizers, we’ve been asked to compromise our needs on every policy issue — to consider the business perspective, the landlord perspective, the department of corrections perspective  — all the while being marginalized, quite literally, at stakeholder meetings. We’ve told lawmakers these compromises were unsafe and unhealthy. But we’ve been told to wait, that there’s no room in our city or state budgets, and that the legal fight would not be worth protecting our communities.

Unfortunately, we’ve seen the results of these capitulations, as landlords created loopholes in policies meant to make families more stable. When lawmakers had a chance to guarantee every renter in the state good cause protection in eviction, they dropped it, leaving half of our state vulnerable to evictions. We’ve seen policies meant to bring people with excessive sentences home squashed before they even got out of committee. While lawmakers don’t listen to community, they jeopardize the safety of all of us, by inspiring unrest.

If lawmakers want peace, they need to act as the public servants they are designated to be. They must act on behalf of the people and pass policies that undo the harms of white supremacy.

Ty Brown is an organizer with Washington CAN. They organized A Change Has Gotta Come Rally in Olympia.

One thought on “OPINION: Defund Police and Defend Black Lives — Why We Rally”