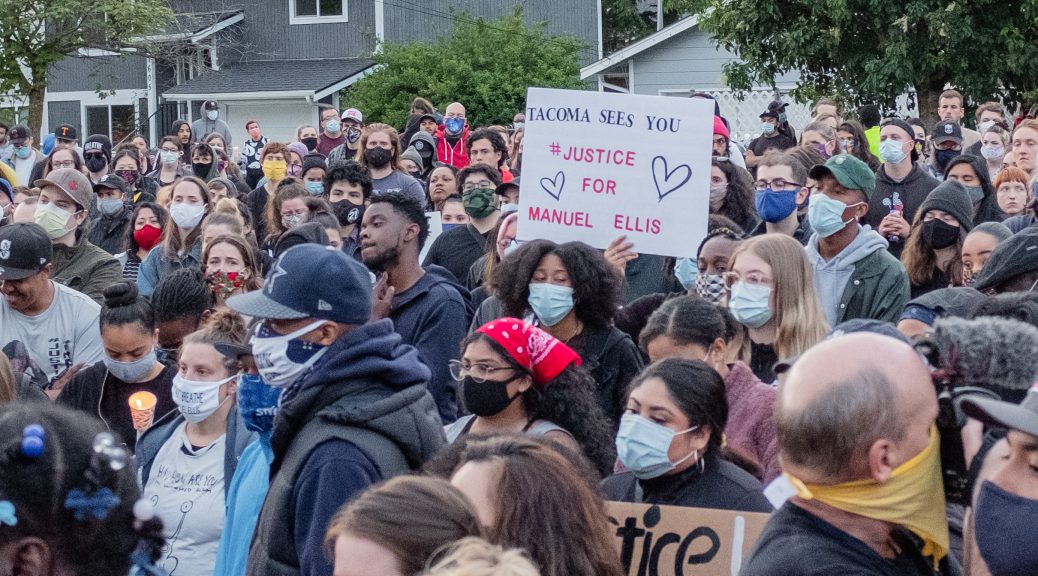 In this special edition of Life on the Margins, we probe deeply into the case of Manuel Ellis, a Black Tacoma man who died under suspicious circumstances while in police custody on March 3rd, 2020. The investigation into his death was seemingly dormant until it roared into the public spotlight this week after Washington Gov. Jay Inslee demanded a full investigation into the 33-year-old’s death. Since then, video footage of his fateful encounter with police, along with an audio recording of him saying the words “I can’t breathe,” have led the mayor of Tacoma to call for the firing of the four officers involved in the case.

We discuss the case and hear directly from the Ellis family, about their hard-fought battle for the truth. We also discuss how it relates to the national unrest currently raging around police accountability.

Marcus Harrison Green  is the publisher and co-founder of the South Seattle Emerald, a columnist for Crosscut, a former reporter with the Seattle Times, a former Reporting Fellow with YES! Magazine, a past board member of the Western Washington Chapter of the Society of Professional Journalists and a recipient of Crosscut’s Courage Award for Culture. Growing up in South Seattle, he experienced first-hand the neglect of news coverage in the area by local media, which taught him the value of narratives. After an unfulfilling stint working in the investment world in his twenties, Marcus returned to his community determined to tell its true story, which led him to start the South Seattle Emerald.  He was named one of Seattle’s most influential people by Seattle Magazine in 2016.

Enrique Cerna  is a veteran journalist who has worked in Seattle media for 45 years.  Cerna worked for 23 years at Cascade Public Media’s KCTS 9 and retired in February 2018 from his role as senior correspondent. He anchored current affairs programs, moderated statewide political debates, interviewed major newsmakers, produced and reported stories throughout Washington State and for national PBS programs. Cerna has earned nine regional Emmy awards and numerous other journalistic honors.  He is a member of the National Association of Television Arts and Sciences Northwest Chapter Silver Circle for his work as a television professional. Cerna is active in the community. He has served on numerous non-profit boards over the years. In March, he was appointed by Governor Jay Inslee to the Washington State University Board of Regents.