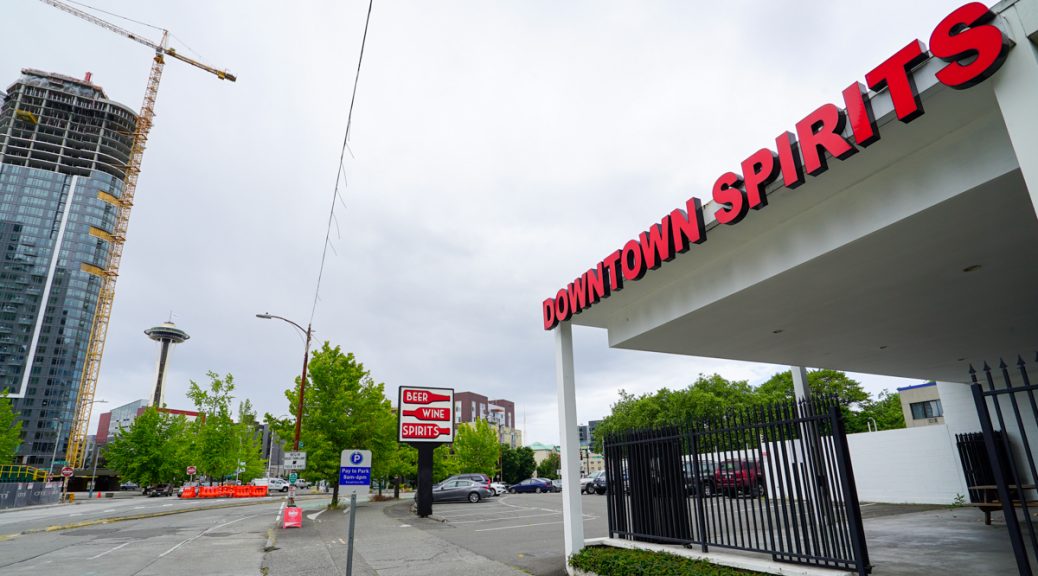 Late this April, in the thick of the economic crisis created by COVID-19, CBS News spoke to Ashley Harrington, the Federal Advocacy Director and Senior Counsel for the Center for Responsible Lending, a nonprofit group that fights unfair lending practices. Asked for her assessment of the Federal Paycheck Protection Program (PPP), Harrington shared that hardly any Black-owned business would have access to financial support.

“Based on how the program is structured, we estimate that upwards of 90% of businesses owned by people of color have been, or will likely be, shut out of the Paycheck Protection Program,” Harrington said.

The inaccessibility of PPP relief funds is just one example of how Black entrepreneurs are blatantly excluded from traditional avenues of business support, a trend that has long jeopardized Black livelihood, according to Forbes. The effects of this exclusion are exacerbated in the present moment, during a pandemic that already disproportionately affects communities of color and protests that are bringing looters and extremists to the doorsteps of Black businesses throughout the nation.

Marques Warren, owner and operator of Downtown Spirits in Seattle’s Denny Triangle, believes these protests are “righteous in nature.” In fact, he said he rarely works late at his store, which his family has owned and operated since 2012, because if he’s on the premises after nightfall it increases the chances he’ll be scrutinized, or worse, by Seattle Police.

The looting during the protests, on top of the repercussions of the pandemic, have caused added financial and emotional stress for Warren and his family. Instead of risking smashed windows and stolen merchandise, Warren, who runs Downtown Spirits along with his father, Ardie Warren, has decided to board up and close early every night. And, since two windows in the back of their building were smashed over the weekend, Warren has risked after-curfew drives to check on the business.

“With Downtown Spirits, I’ve proudly generated over $10 million for the state of Washington in the form of a) sales taxes collected and b) licensing fees paid. Yet I don’t feel I am adequately protected, nor served. My ROI [return on investment] for what I’ve put into this state is underwhelming, to say the least,” he said.

At the same time, Warren continued, “Peaceful protesters being infiltrated by other groups that had other agendas, not seeking that justice but rather retribution,” was disheartening.

“I did [a] drive by at 1 am., which is a little frightening when you’re under curfew and, being a person of color loitering at a liquor store, probably would make me a target [to police], especially on a night like that,” he said.

Matthew Lewis, owner of two Creole and Cajun food trucks called Where Ya At Matt, is also experiencing emotional and financial stress. Even before he decided to close early during protests, his trucks had seen an 80% drop in normal revenue due to the closure of major tech campuses during COVID-19.

“The biggest challenge for us with coronavirus is most of our retail lunch base was in higher occupancy, corporate areas — you know, the Amazon campus, the Microsoft campus and everybody in between. When the initial work-from-home order was issued, all of that business was gone,” said Lewis.

Still, despite the costs to his business, Lewis said he whole-heartedly supports the George Floyd protests. In fact, Lewis says he won’t vote for conservative politicians, who often stand for some alluring pro-business policy, specifically because of their stance on racial and social issues.

“I can’t support a group [of politicians] that doesn’t support me as a Black man. I’m sorry, there’s no amount of money you could give me that would make me turn my back on my community or the color of my skin or another person’s right to live. Until they can fix that part, they have no audience over here.”

“I have a business and if it was looted, if it was burned down, you know, that doesn’t hold a flame to the many African American lives that have been taken due to racism and police brutality. Luckily, my business hasn’t been affected, and nothing’s happened to it, but I’m one of those people where it’s like, ‘buildings can be replaced,’” said Daniels. “People who have lost their loved ones can’t get those people back. As Americans, we can’t put more value on businesses and money [than] the life of a person.”

While this moment is particularly challenging for Seattle’s Black business owners, Warren, Lewis and Daniels say there are several things allies can do to make their lives — and the lives of those in the African American business community — a little easier.

“Come visit the truck. That’s the biggest thing. That supports any Black business, not just ours,” said Lewis. “Have a conversation with people. Introduce people to other cultures of food. And talk to your friends. There are so many people out there that have friends that choose to be blind to this and choose to be numb to the fight, so you talk to them and start holding them accountable and let them know silence is no longer an option.”

“Continue to share, and re-post stories and photos and posts on social media,” said Daniels. “That goes a long way.”

“I typically refer [my non-POC friends] to an organization that my late aunt Carolyn Downs founded in 1970. The Carolyn Downs Family Medical Center was organized by local Black panthers to provide healthcare to African Americans who were denied care through the region’s traditional health care system,” said Warren. “As we see plainly, the Black community is hit hardest by COVID-19 and much of this is due to a continued lack of access to preventative health care.”

There’s also the Seattle-based nonprofit specifically designed to support local Black entrepreneurs, Black Dot Underground, which accepts donations through its parent organization, the Umoja Peace Center. Black Dot Underground was founded four years ago to create more opportunities for Black entrepreneurs who are often blocked from receiving bank loans and assistance, as well as from spheres of influence and educational spaces where they can train in skills that fortify their businesses.

“I won’t say [the resources] aren’t out there, but as business owners either we don’t have access or we don’t know about them. A lot of us do some sort of entrepreneurial endeavor out of necessity, to generate some additional income. A large segment of our businesses are usually solopreneurs or self-employed individuals. This is who [Black Dot] is really striving to reach … so they can provide the support to help that business scale and potentially hire someone from our community,” said Curtiss Calhoun, Community Manager at Black Dot Underground.

Black Dot Underground offers a safe co-working and community space for people of color where much-needed resources, be it training in bookkeeping or the ability to network with other Black entrepreneurs, is provided. During COVID-19, they’ve pivoted quickly to continue to host their master classes and events — which feature other small business owners, business advisors, and more — online. Since the protests have begun, they’ve hosted rallies and food giveaways and partnered with Africatown Community Land Trust (ACLT) to provide grants to Black business owners in Seattle.

“Black entrepreneurs have specific needs that maybe other people wouldn’t be able to pick up on or understand [because] they don’t have the experience,” said Calhoun. “We have a specific lens that we look through being African American, and we’re able to identify those certain challenges and help Black entrepreneurs deal with them.”

To discover more Black-owned businesses in Seattle and beyond, refer to this graphic from @SeattleWorks or utilize intentionalist.com, a business directory that filters for POC-owned businesses throughout the United States.

One thought on “Challenges Faced by Black Entrepreneurs Exacerbated by COVID-19, Civil Unrest”