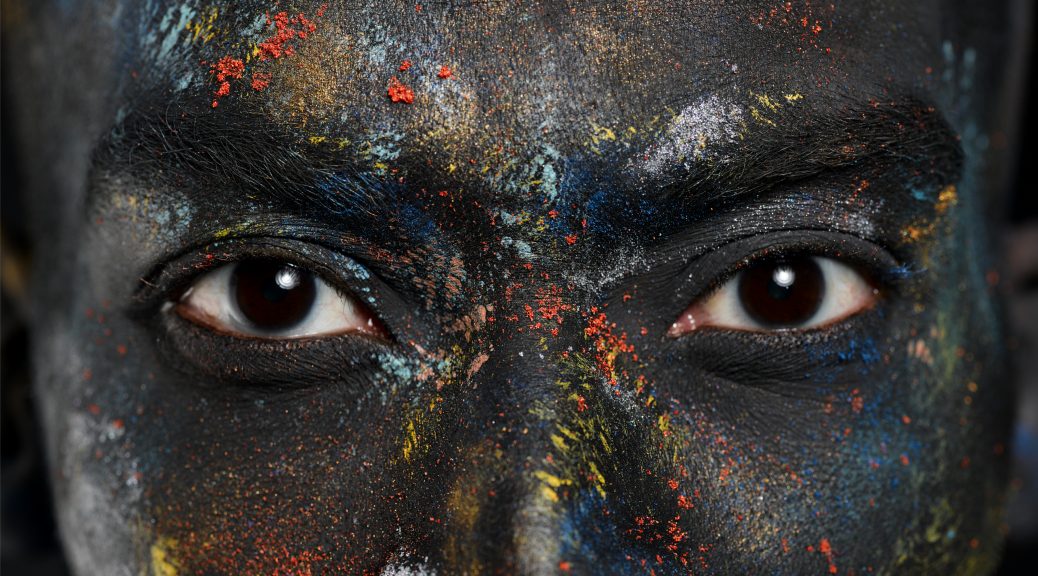 We Out Here, a celebration of Black existence in Seattle, is back for a second year. Produced by Michael Maine, a Seattle artist who explores social systems and human connections, We Out Here aims to provide a refuge for Black Seattle and friends to breathe freely and experience the warmth of community. From June 17 –20, the public is welcome to participate in any of the free events scheduled online. I caught up with Maine, who sat down for an interview in the midst of his busy schedule. He expressed both his weariness due to the conflicts and dangers in our world today but also his passion for this project.

“To put it succinctly, We Out Here is a celebration of Black existence in the Seattle area,” Maine said. “It’s a combination of live performances and a sharing of resources. Everything is free and open to the public, but the idea is that it’s a celebration and acknowledgment that Black people are here in very meaningful ways and we do all kinds of stuff. It’s shining a light on people who are doing cool things in the community.”

Originally from Dallas, Maine made Seattle his home after moving here to attend graduate school at Bainbridge Graduate Institute. We Out Here was born out of his desire to connect to the Seattle Black community.

“I would literally go weeks without seeing another Black human at all. And I was like, where the Black folks?” Maine said. “Then I started getting more involved with organizations like Northwest African American Museum, CD Forum, and others, and started to really find myself integrating and being integrated with the Black communities.”

And it was through this process of integration that Maine began to discover various individuals and organizations doing amazing work in their community. The inspiration for the 2019 We Out Here experience came from those connections — he wanted to create a portrait series featuring some of the people he was meeting and highlight their contributions to Seattle. But he didn’t want to just focus on community members who were doing things that society traditionally defined as an achievement — such as opening a business or attaining a high level of education.

“I started the portrait project to basically just create portraits with people that are doing cool stuff in the community,” Maine said. “And that runs the gamut, from folks who do ‘professional things’— but also folks that just really care about the community. They might make the best pecan pies or apple pies or something else. Or the people who make sure kids are able to cross the street safely. Just people that are involved in community. And it gave me an opportunity to meet these people and know that they exist.”

During the COVID-19 pandemic, when it became impossible for large groups to safely meet in person, Maine was determined to leverage the unique features of virtual events. This year’s We Out Here will include live-streamed events such as “Yoga With Marva”,  “Shakin’ Shit Up” with Sharon Nyree Williams, featuring a conversation with visual artist Aramis O. Hamer, “The Living Room” with Randy Ford, J. Mase III, and Dani Tirrell, “Nurturing Roots with Nyema Clark: A Film Screening and Conversation”, and more.

“Nyema Clark is one of those people who’s a cornerstone in the community,” Maine said as he spoke of the scheduled film screening and conversation about food and environmental justice. “She helps demystify a lot of the narrative around farming and farming communities. And she does a lot of work both on and off the farm to strengthen and bring together people in the community.”

Community conversation is the consistent current carrying the spirit of this year’s We Out Here. When Maine curated the 2020 lineup, “The Living Room” emerged as another important conversation series to include as part of the virtual gathering.

“They have this series that they’ve been putting together on Facebook,” Maine said as he referred to  “The Living Room”. “And it’s been talking about their lives, current events and how they’re responding and reacting to things … and it’s done in a way that invites people in to learn about it.”

As with the best conversations, discussions will include everyone. Participants will have an opportunity to comment and ask questions in real-time, giving them the most immersive experience possible. Prioritizing participant comfort and time, Maine has structured the lineup so participants don’t need to sit online for hours just to get the most out of the experience.

“I sat down and really thought, ‘What does a virtual space offer that the physical or in-person events don’t, and how can it be used differently?’ I feel like it’s easier to respect that people can come in and they can leave,” Maine said. “They don’t have to sit in front of a computer for however many hours the festival or event lasts. So we wanted to make sure that there was room for people to hop in, hop out, and not feel that pressure to just sit in front of a computer.”

“I’m hoping that people have an opportunity to feel embraced by the community, to know that they have access to resources, and know that they’re not alone,” Maine said. “I just feel like it is extra crucial at this time when so many people not only are going through various things but oftentimes feel very isolated and unattached. And especially in the Black community with the recent murder of George Floyd and many others both named and not named.”

We Out Here calendar