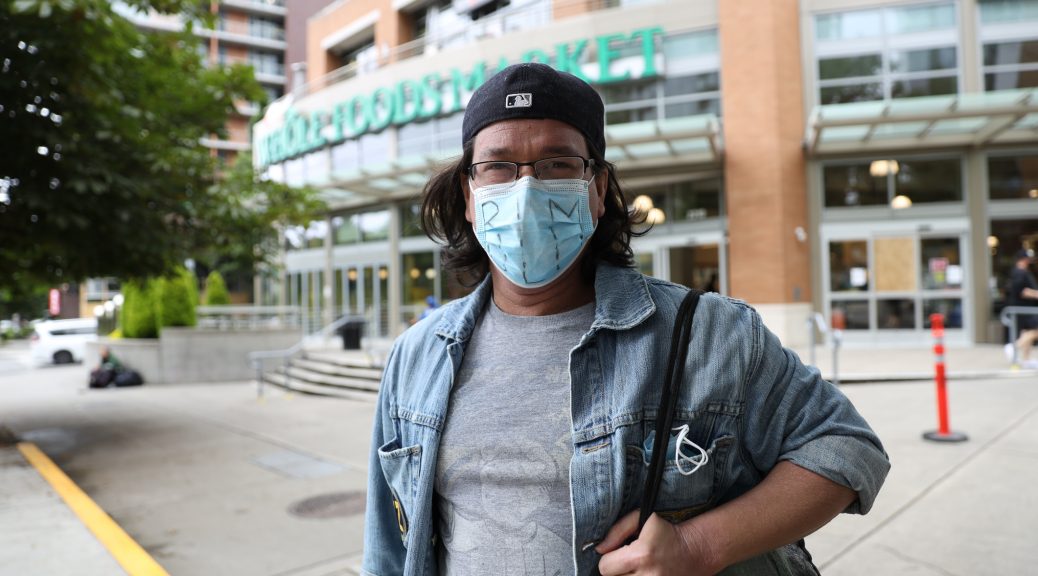 Trent Wu, an employee at the Whole Foods Market in South Lake Union, says management asked him to go home for wearing a mask supporting the Black Lives Matter movement during his June 19 shift.

Two hours into his shift, Wu says he was told that his mask displaying the letters BLM, in reference to Black Lives Matter, violated the company’s dress code. Wu, who has worked at the Whole Foods location for about a year says that a manager then told him that he either needed to wear a mask within the company’s dress code policy or leave the floor.

Refusing to change his mask, Wu says he was then told to clock out.

Wu says not long after he clocked out another employee, also a person of color, showed up with a BLM mask and was given the same mandate – change his mask or clock out for the day. The other employee also refused.

The incident has led to several employees at the South Lake Union Whole Foods to wear BLM masks in support of Wu and the movement.

The spokesperson went on to say that Whole Foods Market “wholeheartedly denounces racism and discrimination of any kind, and we strongly support the Black community [… ]We continue to find ways for our Team Members to support Black communities and meaningful change in the world.”

The spokesperson also said that Amazon, Whole Food Market’s parent company,  has matched donations from Whole Food employees to several community-based organizations, and has internally announced the launch of an Inclusion Task Force comprised of employees.

Wu’s full interview is below.