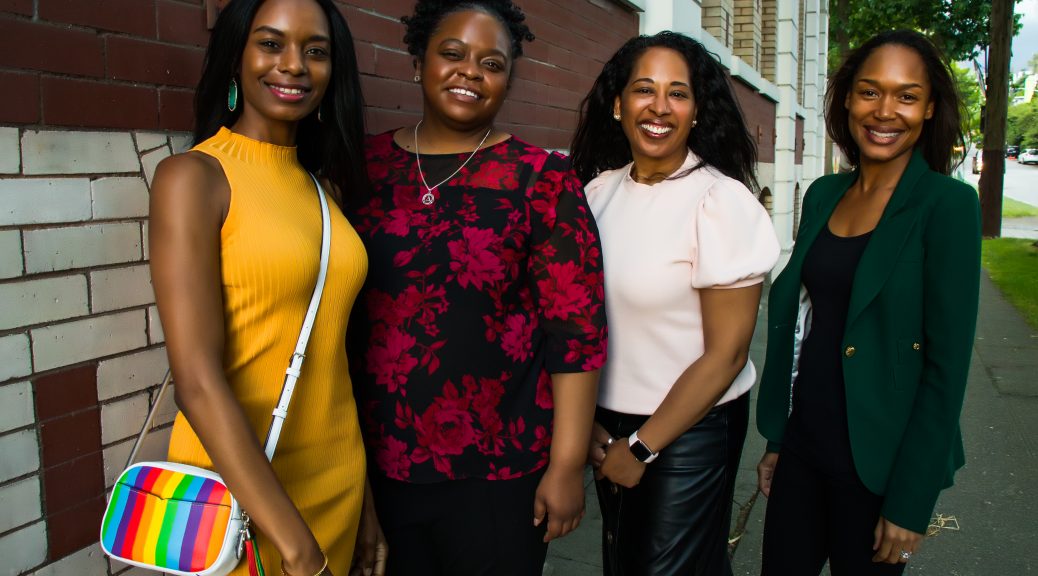 In the wake of the killing of Geroge Floyd, four Black women watched as young protestors stormed the steps of local police precincts and city hall over the past few weeks, fighting for justice and presenting a list of demands. This inspired these four local leaders to create their own list of demands and to storm the steps of the region’s philanthropies.

The Black Future Co-op Fund’s mission is to reinvest in Black communities. It will focus on a range of areas, including health, housing, education, youth development, art and history, economic and land development, and advocacy and civic engagement.

The four architects of the fund are Andrea Caupin (Byrd Barr Place), Angela Jones (Washington STEM), Michelle Merriweather (Urban League of Metropolitan Seattle), and T’wina Nobles (Tacoma Urban League). All of the women have led local nonprofits, and each has a long history of supporting Washington’s Black communities.

Andrea Caupain explained, “We were thinking: what is our version of storming the steps? We should go storm the steps of philanthropy, is literally how it started. We have proximity to these halls of powers and these boardrooms. Why not make our list of demands that complement the list of the activities on the streets?”

The creators of the fund knew that  All in WA — a group made up of companies, philanthropes, organizations and individual donors — came together and raised $22 million for COVID-19 response in just 48 hours. Caupain says she and the three other women knew that if there was a will, there was a way. So, they asked the same group to come together and raise $25 million for Black Washingtonians. So far, companies and organizations such as Microsoft, the Seattle Seahawks, the Paul G. Allen Family Foundation, and Zillow Group have donated.

Caupain said that none of the women have the capacity to manage a fund this large, so they partnered with Seattle Foundation to house the fund. The foundation will provide the Black Future Co-op Fund with infrastructure support, so that Caupain and her co-leaders can focus on making an impact.

Tony Mestres, President and CEO of Seattle Foundation, emphasized that the architects of the Black Future Co-op Fund still have the power and ability to change the infrastructure if they want to. Mestres says the foundation, “is on a very intentional and very committed path to living our equity principals and addressing racial inequities and fighting for racial justice. To have a set of really impressive, incredible, Black leaders approach us to partner in this way, at this time was for us a real gift.”

Although the fund is set up like a traditional philanthropic fund, Caupain says she does not want it to run it like one. The co-founders plan to roll out a community engagement process, so that they can hear from Black organizations and individuals across Washington about what their goals are and what issues are important to them.

The feedback from community leaders will be used to create a criteria for grants. Although they don’t yet know what those criteria will look like, Caupain does know they want to prioritize small organizations first.

The organizers hope the fund will help Black communities in Washington prosper for generations to come. “Black communities across Washington state have long done the work to uplift our communities without appropriate funding and resources,” said Angela Jones. “The Black Future Co-op Fund will ensure that we have a strong infrastructure and network for sustainable progress.”

Caupain echoes similar sentiments and says that the fund’s creators want to pave the way and be good ancestors for future generations. “300 years from now, this fund seeded a better future for Black Washingtonians, for our Black babies that are yet to be born, and for [the] elderly who will be retiring. We want a better world and a better life for them, and this is a giant step in that direction.”

The architects of The Black Future Co-op Fund hope to start distributing grants by January or February of next year.

Amina Ibrahim is a journalist and activist with a passion for reporting about underrepresented communities and her South Seattle neighborhood. She has previously done audio work that has aired on KUOW.