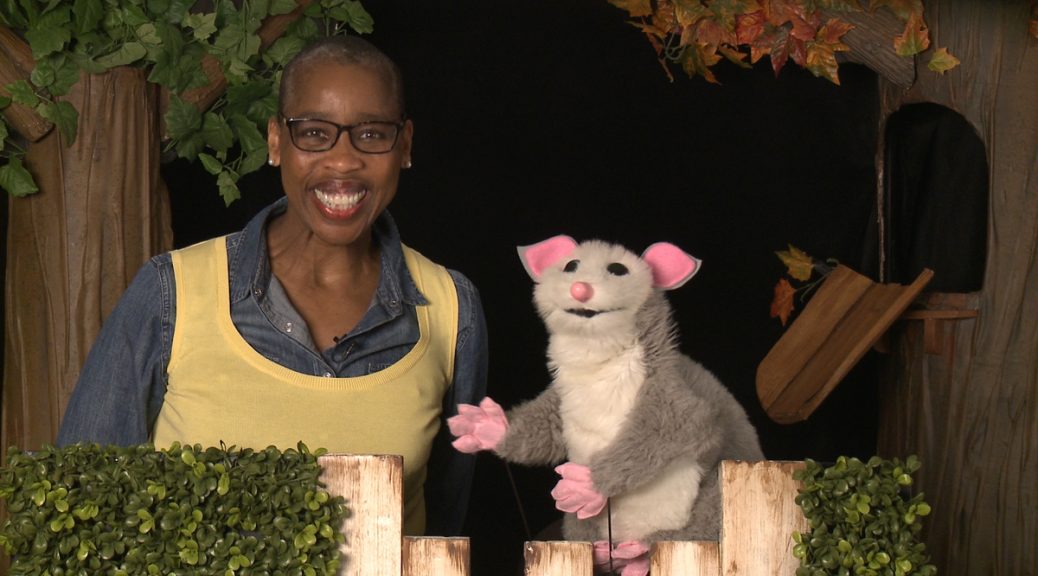 When one understands the personal history of Val Thomas-Matson, the Executive Producer of Look, Listen and Learn (LL+L), one comes to understand the deeply personal reasons that inspired her to create the playful, educational live-action TV program. Inspired by well-known personalities such as Mr. Rogers, Shari Lewis, and Lamb Chop, LL+L features Thomas-Matson as the show’s main character, Auntie Lena, in conversation with a number of visiting adults, children, and animal puppets, including the recurring character, Possum. The show’s focus is to close the achievement gap for youth of color, while addressing themes that are especially relevant to communities of color.

As a Seattle native who attended school at the now-shuttered T. T. Minor Elementary in the Central Area, Thomas-Matson learned early on what it was to be looked down on for attending a school she says was well-known for being “the poster child for Seattle Public School’s poor education of Black and Brown children.”

Though the education system was problematic then, Thomas-Matson notes that the achievement gap between Children of Color and their white peers remains significant.

“Black and Brown children that speak English are still making up the majority of the education gap, and that’s awful … ” she explains. “We have immigrants, refugees, coming to this country, and everyone’s just getting backed up, because we’re not looking at this gap.”

Many children enter school without the skills they need to be successful. The Washington Kindergarten Inventory of Developing Skills (WaKIDS) identifies six areas of development: social-emotional, physical, language, cognitive development, literacy, and math. Readiness gaps in each of these areas are examples of disparities in kindergarten readiness, where income levels and systemic racism influence a youth’s academic performance and childhood development.

According to the Washington School Report Card, 31% of kindergarteners from low-income households are fully ready to enter school, compared to 57% from families that are not low-income.

Brain development research is also key to the work of LL+L. Though Thomas-Matson asserts that the research is “not rocket science,” many state and nonprofit educational organizations often fail to support low-income communities of color with adequate resources. Furthermore, the programs are often ill-equipped to consider cultural and social barriers which may be specific to those communities.

“I was in this bookstore, and there’s this white mom having her children pull these books off the shelves,” recalls Thomas-Matson. “There was another [Latina] mother … and she was telling her daughter, ‘No, no, no, be careful, because people are going to think you’re stealing it.’”

This vivid memory led Thomas-Matson to consider how she might create a framework for communities of color to learn brain development principles in a safe and accessible setting. What followed were collaborations with a number of community partners, including Seattle Public Library and Seattle Children’s Museum, which help LL+L promote their shows and offer free space for filming. The familiarity of such venues is important; as Thomas-Matson describes, “These are safe places where parents could go with their kids to have these experiences.”

The process of creating each episode of LL+L is highly involved, but at its core, begins with a children’s story book. After obtaining permission, the creators run through a number of criteria — which includes different early learning benchmarks and a kindergarten-readiness checklist — after which Thomas-Matson or Associate Producer Kayla Fisher brainstorm different social-emotional themes on which to eventually base the scripts. Each script draft is then brought to Thistle Theater’s Artistic Director, Jean Enticknap, who ensures that every line is in kid-friendly language. Then Joan Sharp, a long-time child and family advocate, provides each episode’s Parent Tip, which is a one-minute segment that brings the theme home for the adult in the room.

“Look, Listen and Learn is anchored in research and what works to promote school readiness, but it’s also very much guided by the lived experience of the kids, the parents, the educators,” explains LL+L Communications Consultant Victoria Garcia Tamayo.

Based on Sharee Miller’s illustrated book, Don’t Touch My Hair, the seventh episode of LL+L is entitled, “Don’t Touch My Fur,” and uses various interactions and settings between youth and adults to run through scenarios where the theme might arise in everyday life. Many of the interactive segments are co-created with teaching artists of color who cook, read, and make art with the show’s youth guest stars.

LL+L‘s in-home early learning helps support mental health and social-emotional skills that can help young children thrive. According to the Washington School Report Card, when it comes to the social-emotional domain, up to a 12-point gap exists between white and most BIPOC students. Eighty-one percent of white children are socially and emotionally ready, while 69% of American Indian or Alaskan Native, 71% of Black/African American, 74% of Native Hawaiian and other Pacific Islander, and 75% of Latinx students are.

“It’s so relevant right now during COVID-19, but as we move beyond this pandemic, we just need more resources to support our kids’ mental health,” says Thomas-Matson. “It feels like little kids are just left out of the conversation, and we need to create support for them and their parents and caregivers.”

While the pandemic has limited in-person productions of full LL+L episodes, they have been able to offer special pop-up episodes recorded via Zoom. These include a 5-minute COVID-19 mini-episode, where Auntie Lena explains to Possum the importance of being a community player, washing one’s hands, and wearing masks in public spaces. Regardless of the difficult theme, LL+L intentionally stresses a positive message.

“The show really builds on the strength that our kids bring,” explains Garcia Tamayo, “without negating that things can be difficult, especially during these very challenging times, LL+L always speaks from a place of assets and what kids can contribute.”

Just this week, LL+L released a five-minute Black Lives Matter mini-episode, where Auntie Lena touches on the difference between a parade and a protest, as well as the importance of everyone being treated fairly, especially in a country where Black people are not. Her teachings prompt Possum to express concern for Auntie Lena’s well-being as a Black woman, and after thanking Possum, Thomas-Matson eventually concludes with one of the show’s powerful recurring taglines, assuring Possum that “You’re the best you that the world will ever see.”

Such affirming words are crucial to building confidence in youth of color, who often find themselves neglected by mainstream media.

“Last year, our event coordinator was at The Station on Beacon Hill with her kids, and one of our kids who had been featured on the show walked in with their parent, and everyone was like, ‘Mom, that’s Dom, who’s been on the show!’” recalls Thomas-Matson. “I love hearing that story, because here were kids, recognizing other kids in the community, who had been featured on TV. And what does that do for them to see themselves in that way?”

It’s clear that Thomas-Matson knows that a show like LL+L — created by and for people of color — could provide a life-changing opportunity for youth to finally see themselves empowered on-screen.

To watch Look Listen and Learn on YouTube, visit the Look, Listen and Learn channel, follow them on Facebook, or see all viewing options via their website. LL+L is available on TV via a number of stations throughout King County, including the Seattle Channel. Episode 10, “Practicing Courage,” is out now.

Vivian Hua (華婷婷) is a writer, filmmaker, and organizer with semi-nomadic tendencies. As the Executive Director of Northwest Film Forum in Seattle and Editor-in-Chief of the interdisciplinary arts publication, REDEFINE, much of her work unifies her metaphysical interests with her belief that art can positively transform the self and society. She regularly shares stories of observations through her storytelling newsletter, RAMBLIN’ WITH VEE! and is a Co-Founder of the civil rights film series, The Seventh Art Stand. In 2018, she released her narrative short film, Searching Skies — which touches on the controversial topic of Syrian refugee resettlement in the United States — and in 2020, she will begin production on a comedic Asian American series entitled Reckless Spirits. She is passionate about researching efforts to preserve cultural space and finding ways to covertly and overtly disrupt oppressive structures.