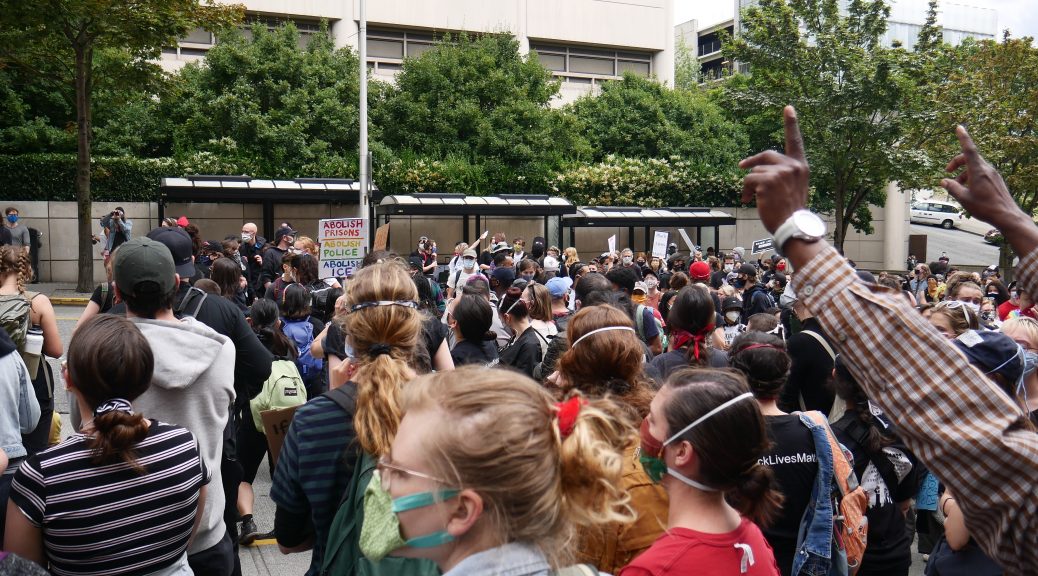 On July 3, a coalition of members from No New Youth Jail, COVID-19 Mutual Aid, Decriminalize Seattle, and other organizations gathered at 12th Avenue and East Alder Street for the #FreeThemAll March, Rally, and Teach-In.

Several of the organizations in attendance have had a long-standing history protesting King County’s $242 million investment into the newly built Children and Family Justice Center, which many have billed Seattle’s “new youth jail.”

The protest called for the local city government to drop charges against all protestors who had been arrested since the #BlackLivesMatter national movement became galvanized last month due to the police killing of George Floyd in Minnesota. Protesters also reiterated the demands of defunding the Seattle Police Department by 50 percent and to reallocating money into Black-led community organizations.

The march then made its way through the Chinatown International District to the King County Jail, where a political teach-in rooted in Black liberation was given by several community leaders.

As the teach-in began, it was discovered that the Seattle jail had undergone a lockdown several hours prior, preventing the NW Community Bail Fund from entering to post bail. Community organizer and lawyer Nikkita Oliver urged those in attendance to take action.

Eventually, toward the end of the teach-in, bail fund coordinators were allowed inside one at a time.

Afterwards, those in attendance were encouraged to join a  caravan down to the Northwest Detention Center to join La Resistencia’s #FreeThemAll rally in Tacoma.