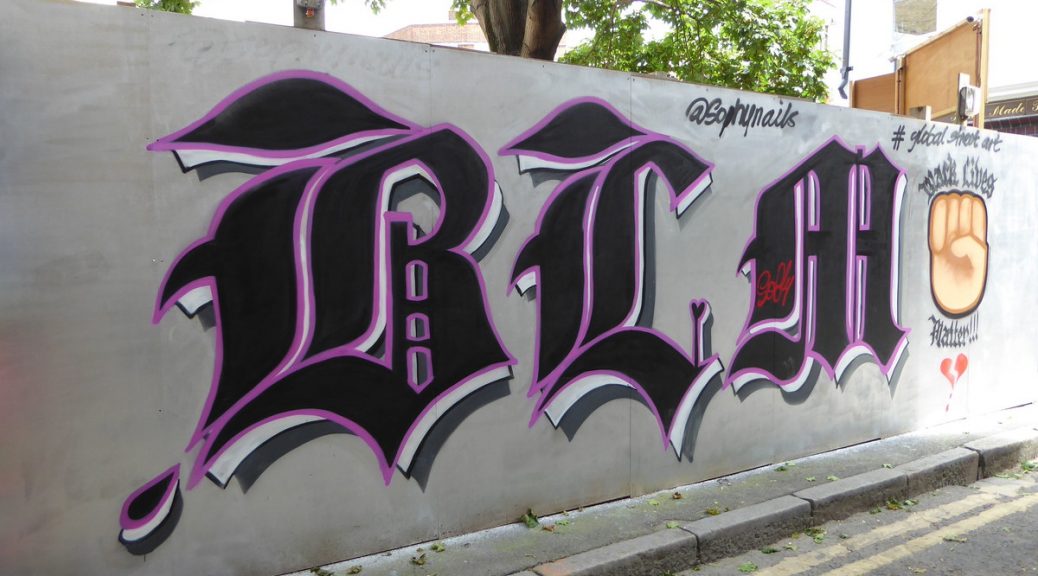 It was apparent to me from the moment I immigrated to the United States in 2012 that civil unrest was coming. The seeds of despair were sown in this country long before any of us were born.

Moving to Atlanta eight years ago forced me to confront social inequities I didn’t believe existed in the West. The last time I’d had to examine them so closely was when I lived in India two years prior.

It was clear that there was a wealthy (white) Atlanta and a poor (Black) one. At lunch, the media organization I worked for was divided into Black tables and white tables. As a Brown Indian woman from Singapore, I was often caught in the middle. Many wealthy CEOs I interviewed as a business reporter would make off-the-cuff remarks about how “Atlanta was doomed because we can’t have a good white mayor” and how I should “stay away from Black people.”

Growing up in Singapore, I had never really interacted with an African American person. But I absolutely had been indoctrinated to believe in both white supremacy and anti-Blackness. Racism was taught to me as a way of life, a system I’d have to navigate, just like kids are taught how to chew and swallow. While the blatant anti-Blackness of Atlanta was new to me, racism was a familiar tune, passed down from generation to generation.

Many immigrants arrive in the United States fully loaded with anti-Blackness — an evil, ubiquitous and infectious part of the “American brand” around the world. As we consume U.S. journalism (overwhelmingly created by white people), U.S. TV shows (overwhelmingly depicting white middle-class families as the “good” ones to aspire to, with Black people shown in supporting or villainous roles) and U.S. consumerism (overwhelmingly white, male CEOs running corporations, creating products tailored towards white consumers), the message non-Americans receive is loud and clear: the American Dream is intrinsically linked to its proximity to whiteness, at the expense of advancing Blackness. Can you imagine being taught to fear and dislike an entire group of people before ever encountering them in person? That’s how insidious racism, anti-Blackness, and xenophobia are. That’s how intertwined the legacies of colonialism, slavery, and white supremacy are. And that’s how globally pervasive they are, exactly like an infection.

Of course, European colonialism has a key part to play in categorizing people into “savages” and “cultured.” Neo-colonialism and exploitative American capitalism have effortlessly carried on the torch, even as slavery and imperialism were outlawed. This concoction is so heady that I’ve seen white supremacy loom large even in countries where there was paltry representation of white people.

On experiencing racism outside the United States

I have experienced some form of racism as a minority in every country I’ve lived in; growing up as Indian in Singapore, living in London, and now in the United States. Even inside my own ethnic community — the Indian diaspora — the colourism is vicious and widespread; all over Asia, the lighter your skin, the more valuable you’re considered.

We also knew, all over Asia, where white people were a small minority, that they were the most desirable. Walking into any establishment with a white person would immediately elevate my social capital — whether I was in Singapore, Tokyo, or Bangalore. Dating a white man would open a whole set of doors otherwise slammed shut in my face. Even among fellow Asians on a continent spanning multiple cultures, religions, and languages, the racial hierarchy was clear: white was best, proximity to whiteness was good, dark was bad, and Black was forbidden.

I wept when some in my community remarked on my son’s dark skin when he was born. The multi-billion dollar skin-lightening industry has caused literal damage to people’s health. As ever, whiteness prevails as a societal and commercial ideology.

On Asian privilege and proximity to whiteness

If you have entered this country on a highly-skilled immigrant visa, don’t you dare tell me that this country is equal for all. It is not even close. Where there is racism there’s also anti-Blackness.

I’m ashamed to say that my own South Asian privilege has blinded me for many years. My proximity to whiteness has allowed my career and business to thrive, for me to be invited to many rooms where I know my Black colleagues would not be, for me to be pitted as “the good woman of colour” as a contrast to the “bad” (often Black) woman of colour. I have never had to fear for my life from the law enforcement officials who are supposed to protect me. It’s a privilege to walk this earth knowing that I don’t have to look over my shoulder every moment. It has taken me years to unlearn the entrenched anti-Blackness I carry in my own body. I’m constantly learning. I trip up often.

I’m seen as a non-threatening, “smart tech/doctor/lawyer” type, so doors often open for me. Yes, I am an immigrant. A story for another time is how difficult it is to navigate the immigration system here — the land of the free where most immigrants are anything but. But it is not akin to anti-Blackness against people whose ancestors were brought here as slaves. It is devastating to be violently rejected from the only country you have ever known and called your own.

The categorization of “Asian” and “South Asian” is incomplete and incoherent in many ways. The U.S. forces us to gloss over the cultures, countries represented, languages spoken, immigration journeys of so many people. I’m an Indian, the group celebrated for having the highest incomes in this country. In the same category of “Asian” are Nepalese and Burmese people, who have among the lowest incomes in the U.S. We are not a monolith. But what often unites us is how many of us are complicit in holding up anti-Blackness.

On not being able to empathize with difference

Among the most troubling early observations I had of Americans was that many white people don’t have much experience with their fellow Americans of colour. If they do, the power differential is huge. The people of colour they interact with are nannies, domestic helpers, secretaries, staff — in general, the people that an extreme capitalist society views as “less than.” In most workplaces in America, leaders are white.

As I found myself moving away from my career in journalism towards workplace equity and inclusion it became undeniable to me that anti-Blackness was a key barrier to progress for people of colour in American workplaces. The more I identified insidious instances of racism, the more vehement the denials from white people were.

I have witnessed, time and again, the way people of colour — particularly Black men and women — are ignored, excluded and even systematically driven out of the workplace. Neighbourhoods and schools across America remain so deeply segregated that 75% of white people in America don’t have a single friend of colour.

To me, this is the greatest travesty of this country — it claims to be diverse — but is actually just deeply divided in its diversity. As some of us have known for a long time, your destiny takes a vastly different trajectory in the United States of America, depending on your skin colour.

My own personal experience taught me a whole different story from the one perpetuated by racism. The kindest people I met in Atlanta, time and again, had one thing in common: they were Black. When I couldn’t sleep alone at night in a big suburban house while my husband traveled, I called a Black coworker, and she promptly drove to my house to spend the night. Another time, she invited me to hers. Her generosity was overwhelming at a time when many people of my own skin colour turned away from me. While fellow Brown women showed some sympathy, time and again it was Black women who actually showed up in solidarity, with action (and wine).

Slowly, I began to unlearn all the stereotypes, the deeply unfair and incorrect narratives I had come to this country with. And, I’m the first to admit, I’m still a work in progress.

As privileged immigrants, it is our responsibility to address how we benefit from this system. While many of us may have experienced racism (although I meet immigrants who swear they’ve only been treated well in America), we must critique and dismantle white supremacy and our role in upholding it.

So how do we, as Asians, undo anti-Blackness? Here’s how I’m trying to do my part.

It means speaking up vocally about it, educating our community about the insidious origins and impact of anti-Blackness. There are great resources on showing up as an ally and advocate right now, but my number one thought for the Asian community is this: the correct answer to hearing about anti-Blackness is not “but we experience racism too/we have also been treated unfairly/we have also been discriminated against.” In the absence of defensiveness, I have been able to listen and learn.

I bear witness to disparity daily now. My son’s preschool is owned by a Black woman. I see how poorly many white parents treat her and the other teachers of colour. I experienced it myself one day, when on a snow day I volunteered to help out in the daycare — as I live in walking distance — in a classroom that was not my son’s. At the end of the day, a white parent yanked her child from my hands without thanking me and looked at me like I was a servant. In my hoodie, devoid of makeup, it didn’t matter that I had two Ivy-League degrees.

At one, two, three, even four years old, I witness how much the kids in his school love each other. But I know that these same white kids who have grown up side by side with kids of colour will soon learn messages of difference and racism from their parents. I’m readying myself for the day my son will come home telling me a child refused to play with him because of his skin colour. Like my mum had to when I was growing up, I will have to teach him about racism and anti-Blackness. Both concepts will be to protect him. To educate him. To fortify him.

I’m also bracing myself for the day my son may come home carrying a message of anti-Blackness. While I can’t ever fully protect him from experiencing racism as a person of colour, I can make it my mission to ensure he doesn’t perpetuate it towards his Black peers.

I want him to stand in solidarity with his Black friends decades before the age his mother had even first interacted with an African American person.

Perhaps as an immigrant, non-Black person of colour, this could be my greatest legacy and contribution to this country.

Ruchika Tulshyan is an award-winning inclusion strategist and keynote speaker. Her articles have appeared in the Harvard Business Review, Forbes, The Wall Street Journal, and Bloomberg. She is also the inaugural Distinguished Professional-in-Residence for Seattle University. Ruchika was on the founding team of women-run-and-funded website, The Establishment. In 2019, Ruchika was named to the Thinkers50 “On the Radar” list, a global community of influential management thinkers to watch. She was also named to a list of Most Influential D&I leaders in 2019.