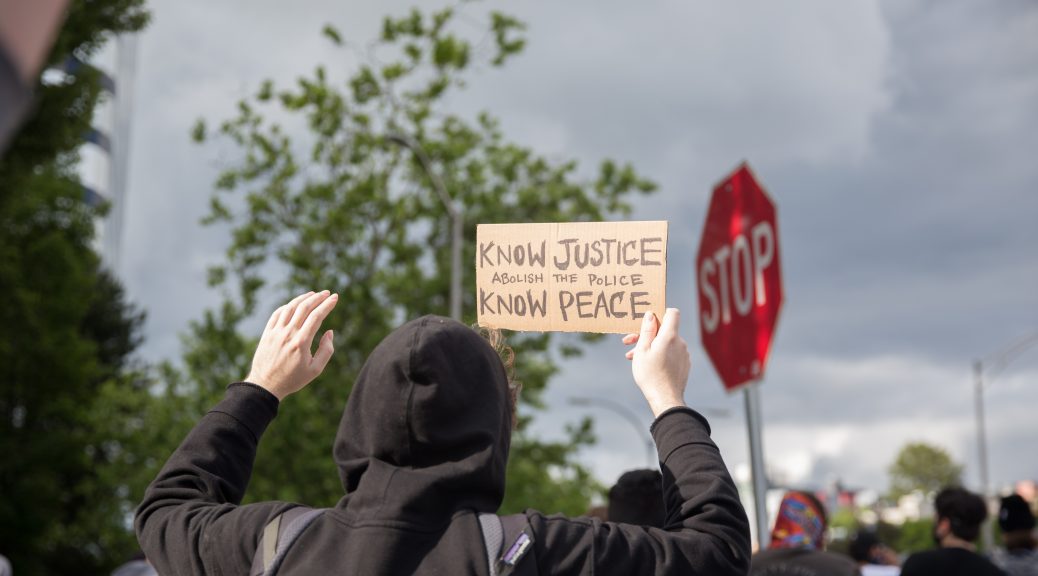 Before blocking off the intersection of Mercer and Fairview Ave. for roughly an hour on July 6, protesters marched from Westlake Center chanting, “Shaun Fuhr,” and “Pick the baby up!” in reference to a man who was fatally shot by Seattle police officers on April 29, 2020, while holding his child.

The group Seattle Black Collective Voice helped organize the protest, and Fuhr’s family members spoke at the rally. Family members called for Noah Zech, the Seattle Police SWAT officer who shot Fuhr, to be fired and charged for the fatal shooting, in addition to a thorough investigation of the shooting. Jason Fuhr, Shaun’s father, also called for those in the chain of command who authorized the shooting to be investigated and charged.

“It hurts me so bad that my son died at another man’s hands, because he deserved so much more than that,” Jason Fuhr said. “We need that conviction so other families can get it.”

At 4:50 p.m. the protesters blocked off the intersection of Mercer and Fairview Ave., where they held a sit-in until roughly 6:00 p.m. in an effort to bring awareness to the circumstances surrounding Shaun’s death.

Before Seattle police officers fatally shot Shaun on April 29, a woman called 911 at roughly 2:15 p.m. saying that her boyfriend and father of her one-year-old daughter had beaten her earlier in the day and fired a gun at her twice.

According to police quoted in a Seattle Times article, Shaun Fuhr had fired a gun at the woman once while they drove from a South Seattle hotel to Columbia City, according to the woman, and again at Rainier Playfield, at which point she said her boyfriend took their child at gunpoint and left.

According to police, just before 2:50 p.m., when Shaun was shot, SPD officers chased Shaun down in a parking lot in the 4100 block of 37th Avenue South and around a building before fatally shooting him while he was carrying the child, who police say did not sustain any injuries.

In a video taken by SPD body-worn cameras, officers shouted “stop,” before running down a small driveway. After catching up with Shaun, the officers again told him to stop seconds before fatally shooting him. At this point an officer said “pick the baby up” before one of the officers took the baby away from the scene.

While SPD said that a handgun was found “nearby,” according to another Seattle Times article, no other information pertaining to the possession of a handgun was released directly following the shooting.

Before he was fatally shot, Shaun was convicted four times of fourth degree domestic violence assault and subject to seven protection orders involving three people, according to the Seattle Times. One of those incidents involved the woman who called 911 on the day he was shot. Roughly a month before he was shot, Shaun had just finished serving nine months in King County Jail for violating a no-contact order and unlawful possession of a firearm.

Following the shooting, Zech, the Seattle police SWAT officer who shot Shaun, was placed on administrative leave and investigations into the shooting opened by the Seattle Police Department and the King County Sheriff’s Office.

In addition to vocalizing the grief associated with Shaun’s loss, some of Shaun’s relatives who spoke at the protest on Monday addressed how the officer chose to shoot Shaun in his head as opposed to a non-lethal part of his body and that they found it difficult to believe SPD’s concern was for the child’s safety as the police shot Shaun while he was holding his one-year-old daughter.

“The main factor you were worried about was the baby’s safety, so you took a shot at the man holding the baby?” Jason Fuhr said. “Taking a shot at somebody’s head while he’s holding a baby — you can’t be that confident in your marksmanship skills.”

Following the shooting, NAACP Seattle King County released a statement on May 6 demanding a thorough and independent criminal homicide investigation into the shooting and disputing the police’s justification for fatally shooting Shaun. The statement also argued that shooting Shaun while he was holding his child invalidated any claims on behalf of SPD that their concern was for his daughter’s safety.

“From the SPD video it does not appear that the deadly force used by the officer was necessary,” the statement reads. “According to [Police Chief Carmen Best] the child’s safety was the priority: ‘they were very concerned about the welfare of the baby.’ That shot by the police officer belies those statements.”

The NAACP statement also disputed whether Shaun had a weapon and said that from the video it did not appear that Shaun was engaged by officers, as Chief Best had relayed, and that he seemed unaware of the shot that ensued.

“From the video it appears that at no time did Mr. Fuhr display a weapon at the police or any other person as he was being chased,” the statement reads. “No talk of a weapon by the officers is heard on the video audio while they are chasing him down.”

Shaun’s cousin Erica Sims, who spoke at the rally, encouraged protesters to recognize police brutality in Seattle and not just the individuals whose deaths are being nationally protested. Sims also called for justice in regards to the officer who shot Shaun.

“I’m going to continue to protest, because I want them to name a law after my cousin,” Sims said. “I want this to stop — it has to stop. It can’t keep going on just for the simple fact that I’m raising three Black men of my own.”

At the protest, Sims said that it has been difficult to grasp that her own cousin was shot and killed by police.

“I’ve watched this on Facebook, Instagram, everything — and I never thought that it would be my cousin,” Sims said. “You know, I’ve seen this like, this is happening in the world, but when it hit home it was like, it’s for real.”