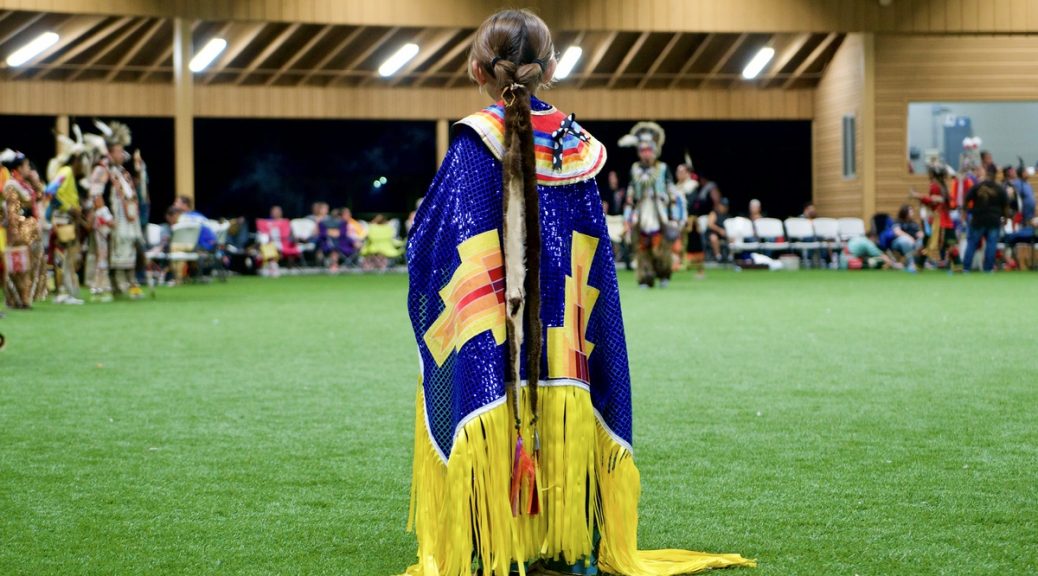 Indigenous peoples and communities have long used stories to understand the world and our place in it. Powerful, prophetic teachings can be found in our stories which explain reality but also give us the momentum to imagine and make urgent change. Among these lessons, there is one that tells of a time when Mother Earth will be in pain and Indigenous stories and teachings will be needed for healing. I firmly believe we are in that moment now. In the midst of a global pandemic and Black Lives Matter movement, the world is on fire and we are faced with the challenge of confronting deep truths about inequity and injustice. This challenge must be met by a solidarity between Indigenous, Black and Brown peoples speaking up for change. In this spirit, the South Seattle Emerald is proud to launch a new monthly column in partnership with Nia Tero as a creative platform for Indigenous voices and narratives. Our first story is an op-ed, by colleague and Indigenous creative Taylor Hensel (Citizen of Cherokee Nation), who brings light to the power of story and the storyteller. Her analysis of narrative as power encourages us to ask — What new stories can we tell to help create the better world we desire?

One of the most effective ways to disempower a group is to disturb its unity. The ongoing systemic attempt to erase Indigenous peoples through division has deep roots in the foundation of government and most western constructs, including storytelling. As a Cherokee filmmaker and journalist, this is a reality I know to be true.

For centuries, false narratives imposed on Black and Brown people about themselves and their communities have been used as tools of disempowerment. In the midst of a pandemic and civil rights reckoning, the need to rebuild and reform systems that continue to promote injustice is clear. One of the ways institutionalized oppression is continually reinvigorated is through the misrepresentation of marginalized peoples. This is done through the stories that have been told and continue being told about our past, present, and future.

For many Native peoples, we are still battling against the stories told by 16th-century Euro American settlers perpetuated through legislation, literature, cinema, art. The headdress wearing, teepee living, horseback riding Indian who exists in history books continues to be the dominant culture’s understanding of Indigeneity today. Most content taught about Native peoples never goes beyond the 1900s timeframe. Because of this, we are often seen as barely existing let alone contributing members of modern societies. These antiquated and false narratives have real-life implications like lack of access to clean water and basic health care for Native communities. They contribute to the high suicide rates of Native youths and the outrageous number of missing and murdered Indigenous women in Canada and the United States. The stories of the past have so successfully devalued Native human beings of today that laws exclude us, and popular culture has bought into the lie that a thriving planet can be achieved without us.

What I know for sure is that in order to create new ways of being, Native peoples must reclaim and revalidate the truth in our stories.

When I first enrolled in film school, I was naive to the fact that if I wanted to successfully tell stories rooted in my own experiences, I would need to defend my identity as a Cherokee woman first. I was met with questions from those in the industry like, “Your story idea sounds great, but are you a real Indian?,” “I didn’t know you were Indian, do you have your tribal card?,” “What percentage are you?” After school and throughout my career, I have come to understand that at the heart of storytelling for Indigenous media makers is a battle for reclaiming authenticity.

The truth is, when it comes to visibility and representation of Native peoples, the definition of authentic has been hijacked. In order for me to unpack what I mean by this, it is critical to briefly walk this issue back to the beginning.

In the early days of European colonization, there were systems set in place by settlers to assign value to Indigenous peoples based on skin color, proximity to culture, and the ability to be “saved from savagery.” We were removed, not only from the dominant society but also from each other. The plan was that if Native peoples could be assimilated or kept from our own communities, traditions, and resources we would eventually die out, literally and theoretically. The concept of blood quantum, for example, is a standard established by the United States Federal government to quantify how much “Indian Blood” a person has or does not have. Many Native peoples who belong to a federally recognized tribe are issued tribal ID cards with a fraction printed on it stating their degree of Indian blood. By assigning a number to someone’s “Indianness” it creates the possibility of systematically “breeding” ourselves out of existence. While blood quantum is not rooted in science and is not a standard held for any other racial group in the United States, it is still upheld by some tribes and has the power to impact a person’s tribal status, identity, and relationships. It’s important to note that every tribe has the right to uphold their own standards of citizenship, yet the identity of Native American tribes and the ability to define tribal belonging remains a contentious subject throughout Indian country.

Settler systems of defining and categorizing continue to be used as weapons against us. One of the most covert yet lethal ways of reinforcing division is through the definition of what an “authentic” Indigenous person is. Today, Native peoples who are considered “authentic,” ironically, have the unspoken label ​of the ones least contaminated by colonization or the most “pure”. This is upheld often by non-Native people but also by some Indigenous peoples and communities. This definition continues to shape what Indigenous stories are told and who is given the power to tell them.

I have witnessed the ways in which colonized definitions of authenticity segregate some Indigenous creatives and keep critical truths from ever making it to the big screen. This has been done by giving favor and resources to the stories and storytellers that appear to be closest to culture, or further, those who appear to be the least colonized. I have felt unspoken realities that to have the best chance of being visible and validated by the industry (and oftentimes other Native peoples) the stories we tell should not be too controversial or contradictory. Speaking about what has been done to us throughout history and more importantly how we perpetuate harm, dysfunction, and oppression in our own communities is not often welcome. The space to ask questions that come with complex answers ​is​ minimal and there is little opportunity to hold a mirror up to ourselves as a people. Exploration as an Indigenous storyteller has its boundaries and contention has its limits.

Valuing certain groups of Native peoples above others silences those within society who don’t fit the description of “authentic,” like urban Natives and non-traditional peoples. The harmful end result of all this authenticity testing is that it keeps many Native peoples separated and minimally represented, especially in leadership roles and positions of power.

Author and Professor of Indigenous education at the University of Waikato Linda Tuhiwai Smith describes the realities of authenticity testing perfectly in her book Decolonizing Methodologies: Research and Indigenous Peoples. She writes, “At the heart of such a view of authenticity is a belief that Indigenous cultures cannot change, cannot re-create themselves, and still claim to be Indigenous. Nor can they be complicated, internally diverse, or contradictory. Only the West has that privilege.”

Our power as Indigenous peoples is in our ability to unite, innovate, and progress just as our ancestors did, all while taking our traditions and communities with us. By redefining what it means to be authentic, we give ourselves the freedom to re-imagine, re-create, and expand. By arming our people with the freedom to explore, ask questions, and make mistakes without our identities being threatened, we find unity in our diverse experiences. By opening up to the truth of complexity, we protect the sacred. By eliminating the fear that can come with the desire to understand, we make space for our own people to participate in culture and move tradition forward. We even make opportunities for non-Indigenous people to connect in creating new paths forward alongside us.

There is no doubt that in this moment, pathways are being paved for new ways of being to emerge. Taking back the truth in the stories we tell and what it means to be an authentic Native person starts with us as Indigenous peoples in our own communities. From there, Indigenous or not, those who have the choice to either uphold false narratives or challenge them must rise to the occasion. In the world of storytelling it is my hope that visibility is given to the depth and reality of all Native peoples. It’s my wish that resources and power are given to the complicated and nuanced stories. The closer we move towards reclaiming the power in story, the closer we move towards healing and unity.

Taylor Hensel is a journalist, photographer, and award-winning filmmaker. She comes from the Giduwa people and is a citizen of Cherokee Nation. Her work has highlighted stories of animal justice, environmental conservation, as well as Indigenous identity and relationship to the land. She is an Associate Producer with Nia Tero Foundation.

Featured image: Youth Learning: CRANDON, WI — A young dancer patiently waits and watches for the next dance to begin at the Forest County Potawatomi Veterans’ Powwow.