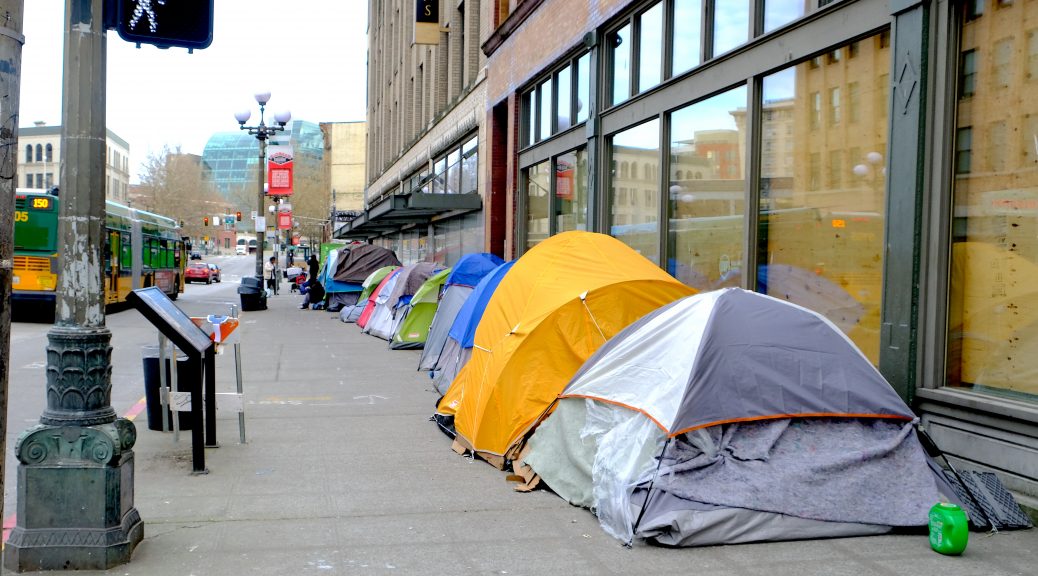 (This article originally appeared on The C is for Crank and has been reprinted under an agreement.)

For months, the Public Defender Association’s Law Enforcement Assisted Diversion (LEAD) program, which has pivoted during the COVID-19 pandemic to a hotel-based model (called Co-LEAD) that connects unsheltered people to resources, has been unable to enroll those living in encampments in Seattle, although they have had success in Burien and with people leaving the King County Jail. The reason for the lengthy delay is that the Seattle Police Department (SPD), which serves a gatekeeper role for most LEAD functions, has not signed off on the list of people LEAD wants to enroll. As a result, dozens of hotel rooms that could shelter new LEAD clients have been sitting empty for months while LEAD has waited for SPD’s approval.

I’m interested in reconsidering the requirement that police OK every referral to LEAD and Co-LEAD services. These services are needed throughout our community, and it doesn’t seem sensible to require us to approve it before people get the help they need. In any event, due to staffing pressures and COVID-19 health constraints, we aren’t likely to be able to prioritize this for the indefinite future. But beyond that, this is the type of work most people in Seattle think the police don’t need to take the lead on. I’d appreciate seeing this change.

Currently, we do not have the capacity to keep the level of response that we would like toward the LEAD program based on the current environment.

I’m sure you understand the complexity and gravity without further explanation, but call me if there is a question.

During last week’s budget committee meeting, council public safety chair (and longtime LEAD ally) Lisa Herbold said she was drafting a budget proviso to withhold funding for LEAD if police approval continues to be required for enrollment in the program.

LEAD began as a pre-arrest diversion program for people involved in low-level drug and prostitution crimes — to “interrupt the flow of people at mass scale into jails and prisons and courts, and instead connect them to really high-quality care,” PDA director Lisa Daugaard says. Over time, though, the program evolved to the point that police are no longer needed to “intercept” potential clients, and in fact can be an impediment to enrolling people in a low-barrier, trauma-informed social service program.

In the COVID era, Daugaard says, police “just don’t have the bandwidth to play that [gatekeeping] role at the volume that would be required, and to create that bandwidth, they would have to move in the exact opposite direction as the community conversation [about defunding the police] would suggest, which is to have more police involvement for no other reason than the system’s own needs.”

Mayor Durkan has consistently opposed LEAD’s requests for additional funding and authority. During the most recent budget cycle, Durkan declined to provide LEAD with the funding the program needed to fulfill an expansion mandate from the city, then, after losing that budget battle, withheld the additional funding for months, leaving LEAD without a contract well into the COVID-19 pandemic. Since then, the mayor has continued to quietly stymie the program, declining to approve a list of people living unsheltered in Pioneer Square for the program. Instead, the city provided a months-old old list of so-called “prolific offenders,” whose current locations are unknown, and gave LEAD permission to enroll those people in the new COVID-specific program.

The mayor’s office did not immediately respond to emails sent Wednesday and Friday afternoon. This article will be updated upon a response.