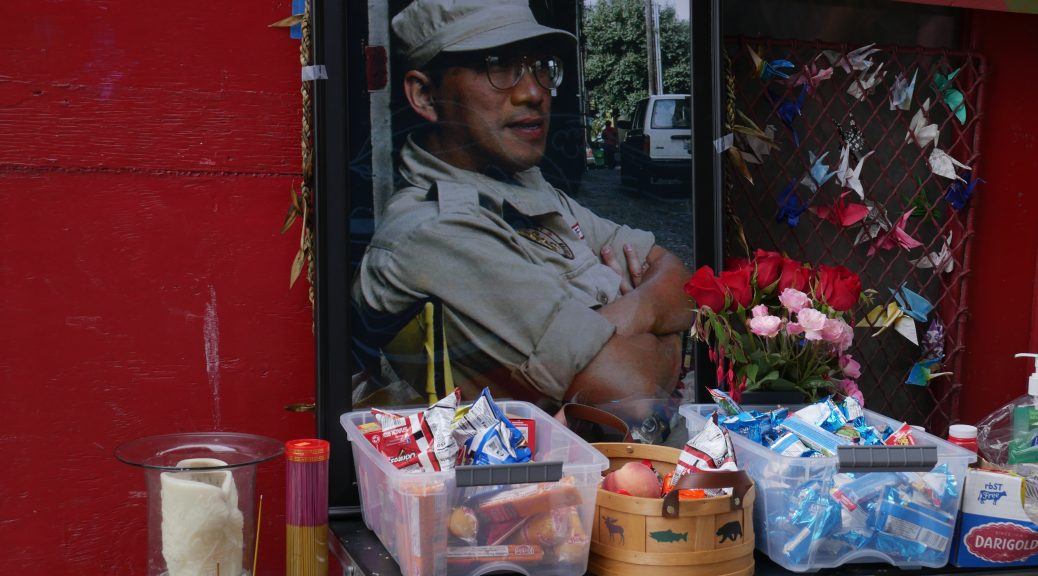 Donnie Chin was one of a kind. In Seattle’s Chinatown International District (CID) he was an icon for decades and for many individuals, he saved their lives when they were faced with sudden health or violent events. Since he was still a teen, he walked the streets of the neighborhood, helping an elderly person who dropped a bag of groceries or fell on the sidewalk. That quickly evolved to administering first aid and alerting police to altercations requiring their presence. Over the years, he built the International District Emergency Center (IDEC) and trained teens and young adults of two generations – many latchkey kids who had no place to go after school. Those youth grew up to be productive members of the community – including one doctor and several other medical professionals.

On July 23, 2015, Donnie Chin was shot and killed while patrolling the neighborhood in his car. Seattle Police Department (SPD) continues to tell the family and community that the case is still open, but no one has been charged. Until justice is done, the Asian Pacific community will always wonder whether Donnie was caught in a crossfire of rival gangs leaving a neighborhood hookah bar or whether Donnie was specifically targeted. He had been very vocal about the dangerous activities on the streets every weekend when the hookah bar closed. On more than one occasion, people would leave the hookah bar and shoot guns into the air outside – just feet away from a senior housing development and family housing across the street. Donnie had repeatedly urged SPD to patrol the area. Donnie drove a distinctive model and color of car that anyone might know was his.

Donnie’s sister, Connie, continues to operate the family gift shop on limited hours and she has hosted his friends and IDEC alums to a dinner of remembrance each year on the anniversary of his death. But in the age of the pandemic, this year folx were invited to drop by, light incense, have a snack, and remember Donnie. During a pandemic, Donnie would have been in high gear, buying masks with his own money and passing them out to everyone, taking groceries to isolated elders, and trying to keep the community safe.

Sharon Maeda is the Emerald’s Interim Managing Editor. The last time she saw Donnie was hours before he was killed. She ate a leftover hot dog and laughed as Donnie talked trash about elected officials while he cleaned up his last BBQ for the kids in the neighborhood.