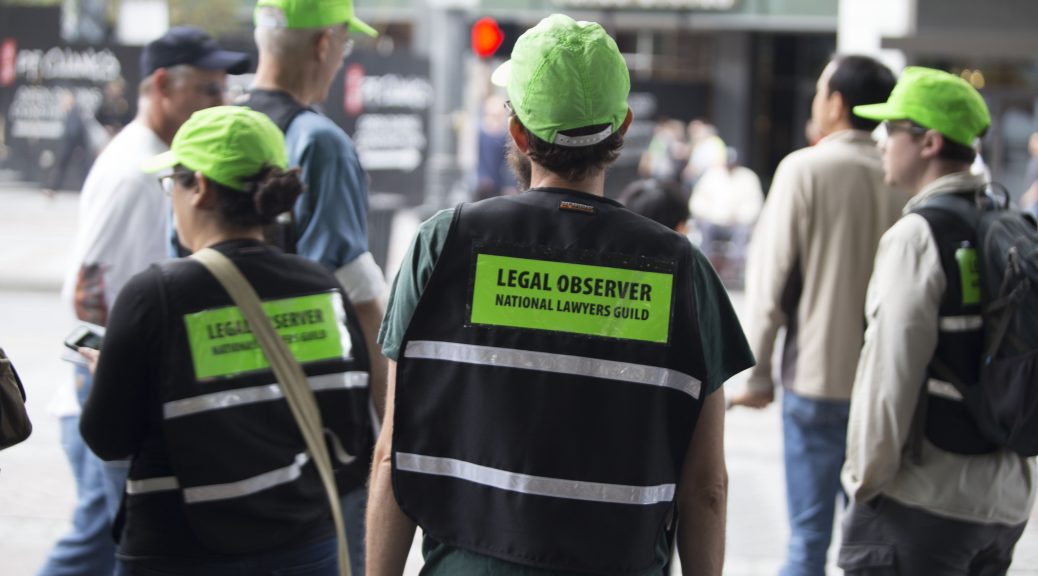 The National Lawyers Guild (NLG) of Seattle is accusing Seattle Police Department (SPD) officers of violating a federal court order by using indiscriminate force against protestors and breaking the law by targeting NLG legal observers during the Capitol Hill protest on Saturday, July 25, according to a statement released by the NLG.

The statement alleges that police violated a federal court order in their use of pepper spray, blast balls, rubber bullets, and flash bang grenades in what appeared to NLG legal observers to be a “haphazard and arbitrary deployment of force” against protestors.

It also says that police violated an ordinance and broke their word by targeting NLG observers.

NLG has released a video of the police pepper spraying at least one legal observer in the face, despite the legal observer wearing a bright green hat denoting their status. The organization’s statement also says police tossed bang grenades at legal observers, “needlessly” grabbed and shoved legal observers, and “purposely” hit them with police bicycles.

The statement says that the officers did all this while hiding their badge numbers, which is supposed to be against current SPD regulations, which specifically state that badge numbers must be prominently displayed.

“Legal observers fulfill the crucial function of monitoring demonstrations to ensure that protesters’ First Amendment rights are respected. They are important bulwarks against police misconduct,” the statement reads. “The rights of legal observers are codified in Seattle law, which specifically permits the observation and recording of police officers; prohibits officers from punishing or retaliating against observers; and requires officers to minimize harm to observers when deploying crowd control munitions.”

The statement goes on to say that “[c]ourt orders have been issued in other cities, including Portland, OR, prohibiting use of force or retaliation against legal observers,” and that the Seattle NLG chapter “had sought and received assurances from SPD that its legal observers would not be targeted at protests, per an email from the SPD’s Legal Affairs Department on July 8, 2020.”

The Emerald has reached out to the NLG and the SPD for comment and will update this story as more information becomes available.

Carolyn Bick is a journalist with the South Seattle Emerald. You can reach them here and here.