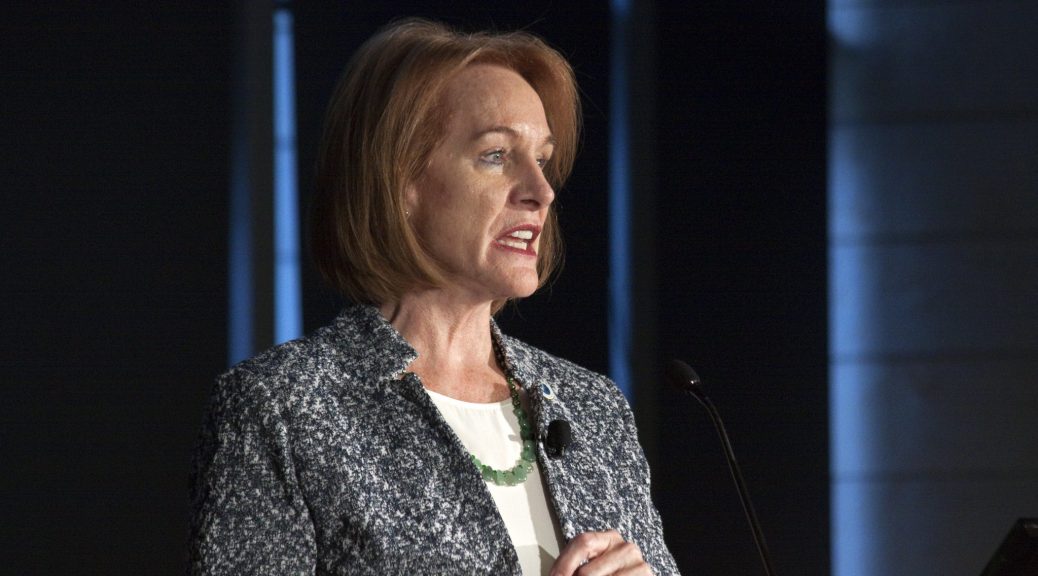 In a joint press conference Tuesday afternoon, Mayor Jenny Durkan responded to the City Council’s proposal to cut the Seattle Police Department’s remaining 2020 budget by about $3 million with backhanded praise, saying the council was “looking in the right places but in the wrong year.”

In her remarks, Durkan emphasized that any major reforms to SPD will take a year or more to implement because of the combined challenges of the pandemic, the West Seattle Bridge closure, and (ironically) months of protests. “2020 is not the best playing field to discuss further reductions to SPD and reinvestment in community,” Durkan said.

The council’s proposal for midyear budget cuts (necessitated, by the way, by a more than $300 million mid-year budget shortfall) would not cut the police budget by 50 percent right away, as some advocates have hoped. Instead, the proposal — a series of amendments that take the form of budget provisos or restrictions on how the mayor can spend funds — calls for a cut of about 100 positions through a combination of attrition and layoffs. Under the council’s schedule, the layoffs would start in November.

The proposed layoffs, though they would only amount to about half the cuts, have been a point of contention for Best and Durkan, who maintain the council has no legal authority to propose “out of order” layoffs of more-senior officers.

Ordinarily, the least-senior police officers are subject to layoffs first. But this, Durkan and Best said, would “gut” the most diverse group of officers in SPD’s history and reverse progress on improving the diversity of the police department. (Best characterized this possibility as the council proposing “layoffs based on race.”) To get around this problem, the council has proposed “out of order” layoffs targeting officers doing functions the council wants to reduce or eliminate, like SWAT and the Navigation Team.

According to Durkan, while a Public Safety Civil Service Commission (PSCSC) rule allowing the police chief to request out-of-order layoffs has been used in the past for individual cases, doing so on the scale suggested by the City Council would require Chief Best to “justify every single decision,” which would draw out the layoff process well past the end of the year. I have followed up with the mayor’s office for clarification about the legal reasoning behind this claim.

Best also criticized the council for proposing that her department lay off dozens of officers “basically overnight,” arguing that there would be a “service gap” while the city researches and organizes alternative emergency response teams. This gap could mean, she claimed, that when someone called 911 at midnight to report a rape or robbery in process, an officer might not be able to respond right away. None of the specific positions the council has proposed cutting are patrol officers who respond to 911 calls.

Durkan and Best did not accurately characterize several of the council’s other proposals, including their plan to civilianize data-driven policing by transferring this division — which analyzes policing data and makes much of it available to the public — from SPD to the Department of Finance and Administrative Services (FAS). Although the council has said they proposed the move to put police data in more objective civilian hands, Best said the council believed that “we would be better off as a police department if we do not use data.”

In another instance, Best said the council’s proposed layoffs would completely eliminate SPD’s public affairs unit, forcing the media to submit all questions to the separate public records division. In fact, although one council amendment would result in the layoffs of all four sworn staff in the department’s Public Affairs Unit, that proviso would not affect the unit’s civilian staff, who also respond to press questions.

Durkan has already proposed $76 million in cuts to SPD’s budget in 2021, but most of those savings would result from transferring some functions, like the 911 call center and the Office of Police Accountability, out of SPD. Only $20 million would come from cuts to the SPD budget, mostly through attrition, leaving positions vacant and cutting the budget for security at special events.

The council will take up the budget proposals — including council member Kshama Sawant’s competing package, which calls for much deeper and more immediate cuts — Wednesday morning at 10 a.m.