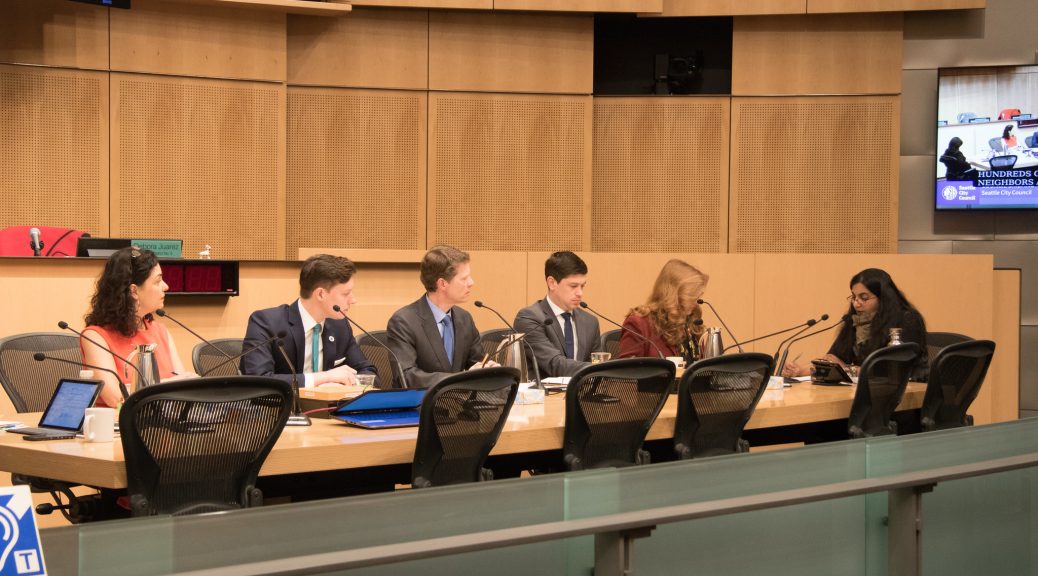 The city council’s budget committee approved a package of cuts Wednesday to the Seattle Police Department (SPD) budget that would reduce the department’s size by about $3 million, representing around 100 positions, this year; remove police from the Navigation Team, which removes unauthorized homeless encampments; and start the city on a path to funding new approaches to public safety that don’t involve armed officers. Most of the proposals aren’t direct budget cuts—which the mayor could simply ignore—but budget provisos, which bar the executive branch from spending money in a way other than how the council prescribes.

The council also voted narrowly to dismantle the Navigation Team itself, by laying off or transferring not just the 14 police officers on the team but the system navigators, field coordinators, and other civilian staff who do outreach to encampment residents and remove litter, sharps, and debris. (Those positions would be replaced by contracted service providers, which is how encampment outreach worked before the city brought it in-house last year). And they agreed in principle to $17 million in funding for community organizations, including $3 million to start a participatory budgeting process for 2021.

Other cuts would eliminate the mounted patrol, cut SPD’s travel budget, eliminate the school resource officer program, and reduce the size of the public affairs department. Some of the 2020 reductions would be achieved through attrition—eliminating vacant positions or not filling positions when officers leave.

Another amendment, adopted 5-4, would reduce this year’s pay for SPD’s 13 command staff to the lowest rate allowed in their designated pay bands, a cut that would save around half a million dollars between September and the end of the year, according to sponsor Kshama Sawant. If the cuts were annualized, they would reduce the command staff’s pay by an average of $115,000 a year; police chief Carmen Best, who makes almost $300,000 a year, would see her salary cut to $171,000,.

In response to the council’s vote, a spokesperson for Mayor Jenny Durkan called the council’s proposal “unattainable and unworkable.”

“[With] a few hours discussion and without consulting the Chief of Police, City Council has voted to reduce the police force by 105 this year, cut the Chief’s salary by 40 percent, and eliminate the City’s team of specially trained social workers that conduct outreach and address encampments and RVs that pose significant public health and safety concerns,” the spokesperson said.

The council is assuming that layoffs would have to be bargained with the police union and couldn’t occur until at least November, so the savings from cuts would work out to a higher dollar amount next year, when they would, in theory, be annualized. According to council budget chair Teresa Mosqueda, the cuts and transfers the council is proposing this year would amount to about $170 million in 2021, or about 41 percent of the police department’s budget.

Taken together, the council’s amendments lay out a path forward for future cuts, and a commitment to reinvesting programs guided by the principles of community groups like the Decriminalize Seattle coalition. It’s important to know, however, that while the council can tell the mayor how it wants her to spend the budget, she is generally free to ignore their direction. (See, for example, the administration’s reluctance to expand the Law Enforcement Assisted Diversion program to provide hotel rooms and assistance to people living outdoors during the pandemic, or to pay for mobile showers for which funding was allocated last November)

In acknowledgment of this power differential—and the fact that labor negotiations may take longer than three months—each of the provisos includes a caveat ensuring that officers will still get paid if the city fails to reach agreement on specific layoffs by November, when the council majority wants the cuts to go into effect. “In every single one of the provisos that reduce spending … the council acknowledges that the chief may realize reductions differently than what the council is proposing,” public safety committee chair Lisa Herbold said. “These provisos are our recommendation for how to achieve the reductions based on the advice that we’ve received that make it more likely that we will be successful in bargaining.”

Across administrations, mayors and councils tend to bicker along predictable lines: The executive branch dismisses the council as ill-informed and naive, while the council accuses the mayor of obstructing progress and ignoring their directives. But the enmity between the two co-equal branches has reached a level under Durkan that many longtime city hall staffers call unprecedented.

Tuesday, for example, Durkan and Best called a press conference to condemn the council’s proposals, one of several they’ve held throughout the council’s budget process. During their prepared remarks, the mayor and chief suggested that cutting the police department would create a “gap in service” for people calling to report major crimes like burglaries and rapes, and accused council members of wanting to lay off officers “by race” because the usual order of layoffs would mean cutting the newest, most diverse cohorts of officers first.

The council maintains that the police chief could go to the Public Safety Civil Service Commission to request out-of-order layoffs, but the mayor has argued this wouldn’t be practical on a mass scale. “For over a month, the Chief and Mayor have received guidance from labor relations and law that out-of-order layoffs are unlikely to be finalized in 2020, and will therefore not result in 2020 budget reductions,” the mayor’s spokesperson said.

Council president Lorena González said today that she was “disappointed” that “our labor relations division, which lives in the executive department, [is being] utilized in a politically motivated fashion to advance the goal of never seeing layoffs of badge and gun jobs at the Seattle Police Department.” González suggested the real issue is that Durkan “does not agree with the city council and a majority of the people of Seattle who believe that we need to substantially reduce the size and scope of the police department, and as a result, she is spreading misinformation and fear about what the council intends to do in order to undermine our genuine efforts to transform comm safety in our city.”

The council’s unanimous vote for one of the most impactful pieces of defunding legislation—an amendment directing the chief to issue “immediately issue layoff notices” to 32 sworn officers—can be seen as an effort to show a unified front. Or it could be a sign that the often-divided council is in genuine agreement on an approach to defunding SPD. Some of the most surprising remarks this afternoon came from council member Alex Pedersen, whose house has been targeted by protesters urging him to support the goal of defunding SPD by 50 percent. Addressing police officers directly, Pedersen said, “I appreciate the good work so many of you do. At the same time, you’re asked to do too much. You’re sent into complex situations that other professionals in our community might be better equipped to handle.

“You’re also part of a system born out of racism,” Pedersen continued, “and despite progress and reforms, that institutional racism of police departments here and across the nation continues to have a disproportionate negative impact on people of color. By rethinking what public safety really means, by centering Black and Indigenous people and people of color, by taking a thoughtful approach, we can seize this historic opportunity to disrupt institutional racism and achieve real community safety.”