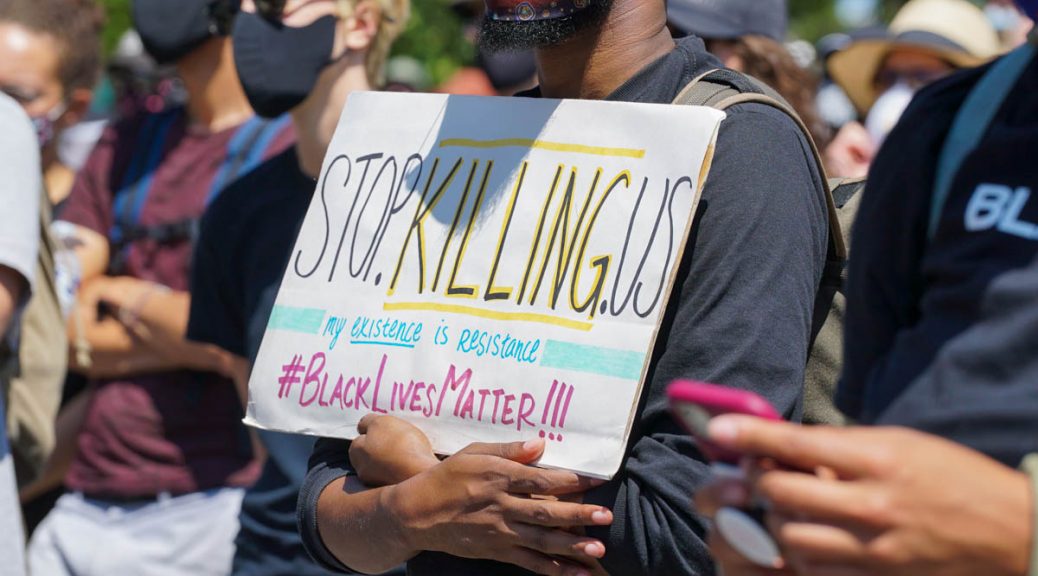 On Wednesday afternoon, while City Council Members debated cuts to the Seattle Police Department (SPD) budget, up to a thousand protesters marched from the construction site of King County’s new youth jail in the Capitol Hill neighborhood to City Hall with the goal of reminding council members of their demand to reallocate 50 percent of SPD’s budget toward BIPOC community-driven solutions.

“For decades, the City has spent our tax dollars on a police force that not only fails to adequately prevent harm, but in fact murders, harasses and inflicts violence upon our communities,” said Isaac Joy of King County Equity Now. “It’s time to move differently, Seattle: away from politically-driven policy to effective policy. And today’s the first step.”

Organizers held the rally on Wednesday in order to specifically stand for no less than 50 percent reduction in SPD funding and to make sure that those tax revenues go toward Black-led, pro-community solutions, according to a statement released by organizers of the march.

The protest and rally organized by King County Equity Now and Decriminalize Seattle arrived at the construction site of the new Judge Patricia H. Clark Children and Family Justice Center at 12th and Alder at noon.  Protesters raised signs reading, “Years Of ‘Reforming’ SPD Has Failed, Time To Defund,” and “No Good Cop In A Racist System, Defund SPD,” among others.

Across from the youth jail site, various speakers addressed topics pertaining to racial justice and youth detention — and some urged City Council members to pass the Youth Rights Ordinance, which would connect youths with a public defender when they are questioned by law enforcement or are being asked to consent to a search.

In addition to demanding a defunding of the police and a reallocation of “at least 50 percent of the police budget into BIPOC community-driven solutions,” Decriminalize Seattle and King County Equity Now are also calling for the construction of the new youth jail to stop. At one point, during the speeches, protesters turned toward the existing youth jail, chanting in unison, “Free Them All!”

Slightly before 2 p.m., the march began heading south on 12th Ave., as leaders from the Every Day March led the crowd in chants of, “Take It To The Street and Fuck The Police! Whose Lives Matter? Black Lives Matter!” and a chant detailing the Seattle protests’ five demands.

At City Hall, the protest consisted of additional speeches, spoken word, and a drag performance. While most of the speeches did not specifically address any of the amendments passed on Wednesday, those who spoke, emphasized the need for a continued effort to fight for Black lives and a budget cut of 50 percent, which would provide for funds to be reallocated to the Black community. 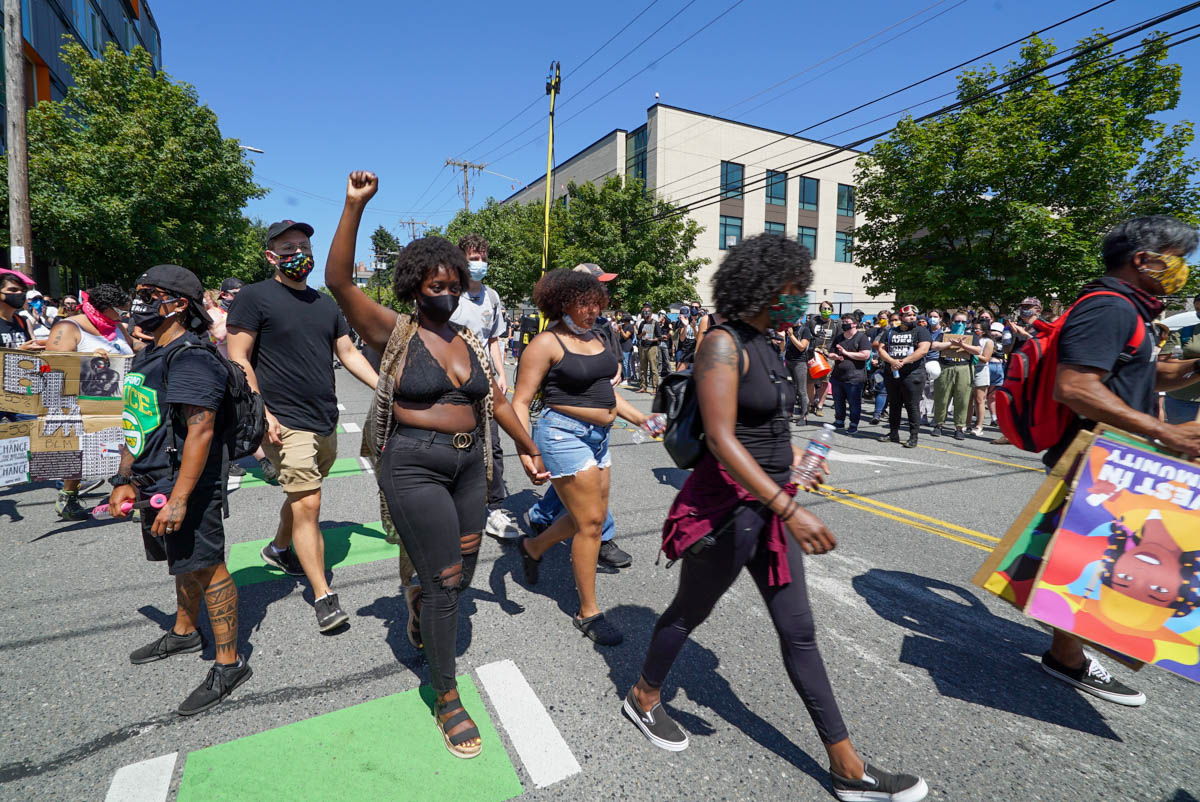 In later speeches, others expressed frustration at the current operations of the Seattle police and a need for change.

“Law enforcement, the message is loud and clear: the time’s done,” one speaker named Ayan Musse said. “Chief of Police, you might look like me, but your day is done.”

While the City Council passed various amendments on Wednesday, the final votes on the proposals to reduce the SPD budget will not come until Monday of next week.